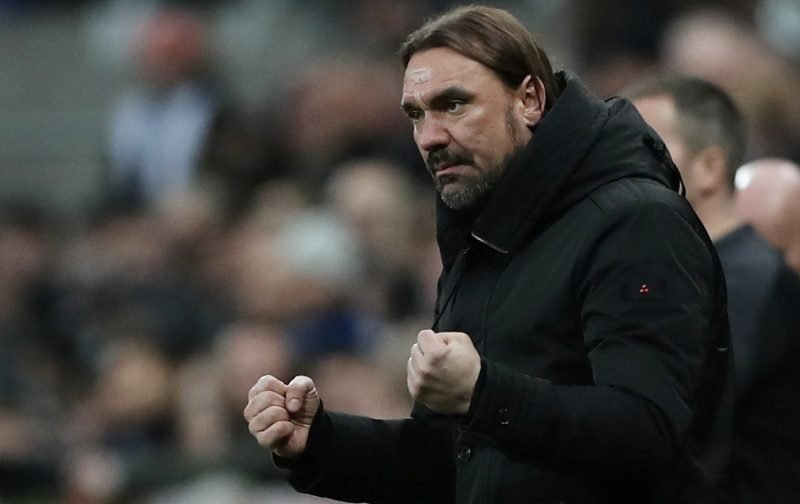 Oh dear, so we are officially down to two central defenders – Christoph Zimmermann is injured.

Daniel Farke looks tired and not his usual excited self.

So DF has said no matter what happens we are not signing anyone else:

“It will be quiet for us today. We have a group of players together to concentrate on playing football games. All of our business has been announced. Done”

He said that the Klose move was ‘unexpected’

DF happy we were able to keep McLean.

There was lots of speculation around our players. It wasn’t great to lose Jamal, Ben or Timm Klose, but I’m delighted we’re able to keep the likes of Max, Todd, Emi, Adam Idah, Kenny McLean and so on.

Some early excuses about if we don’t perform well tomorrow – The international players didn’t sleep well.

DF says Bali Mumba is not going on loan. He says Mumba is a first teamer and would start if it wasn’t for Mr Barcelona – Another little dig.

“We are thin on centre-backs because it was an unexpected loss of Timm. We tried to sort something out to bring a centre-back from abroad in but we would have had to spend unbelievable money.”

He doesn’t mention the young CB (Omobamidele) but says it didn’t make sense to bring in a forth CB as we have Tettey. OH FLIPPING HECK.

He says didn’t make sense to bring in a fourth CB but that we will defo need to do something in January:

In January, we will need to do something. On this level, you need four centre-back options with so many games. That’s the only position that worries us.

So why didn’t you bring one in now??? It is obvious, Webber has said ‘No more money will be spent’. I mean by January our season could be over and we could be playing with slow Alex Tettey at the back….why wait until January? Prices go even higher.

Is it just me or is that just bonkers?

He then uses a line he used all last season – we just need to pray players stay fit and we have luck.

“Yes, we need some luck in terms of injuries. We try to prepare for the worst case, but right now January isn’t too far away. We have to deal with the current situation. All in all, I’m pleased with our setup.”

How are you preparing for the worst case Daniel? By not getting a fourth CB in, by think Tettey can do a job?

DF says it was Klose who wanted to leave:

“It was difficult for us to allow Timm to go, but it was his big wish. I think we had to accept and understand it. You know how much I trust and value him – I wouldn’t let him leave before.”

Maybe a pop at Cantwell or his agent.

“Timm and how his agent behaved was top class. We knew it would leave us in a difficult situation, but we couldn’t disallow it and kill his dream of the Euros.”

Again it is crazy. He says that they knew it would put the club in a difficult position with lacking CBs but they let him go. Why didn’t you get someone lined up then you plonker?

DF seems to suggest that maybe Tom Trybull had a few attitude issues:

“Tom always wants to be on the pitch. When he’s not, he can be moody and his body language can be not great. In the summer, we had to make a decision to add physicality and pace in midfield with fresh legs and faces. We brought Skipp and Sorensen in. No other club than Blackburn called us in order to get him. If Tom wins the Championship title for Blackburn all alone, we should have kept him, to be honest!”

Hernandez out (as we know)

“I made clear that we need Onel on this level. He was crucial when we won the title, so it’s a big blow for us. He was moaning about his adductor and went to see a specialist. He needed complicated surgery. There are some injuries that I have never heard of here, but we can’t change it now. It is a chance for someone else to shine’.

I do worry that we are starting to pick up the injuries again like we did last season and the club just seem to be going down the same path as last season. Dowell – Hernandez – Byram & Hanley (picked up another injury preseason) – Placheta.

DF says that Zimmermann should be out for only one game but we will see Tettey or Hanley to step in but Hanley is not match fit – Give me strength! We are back down to one fit central defender again.

So I think it will be: