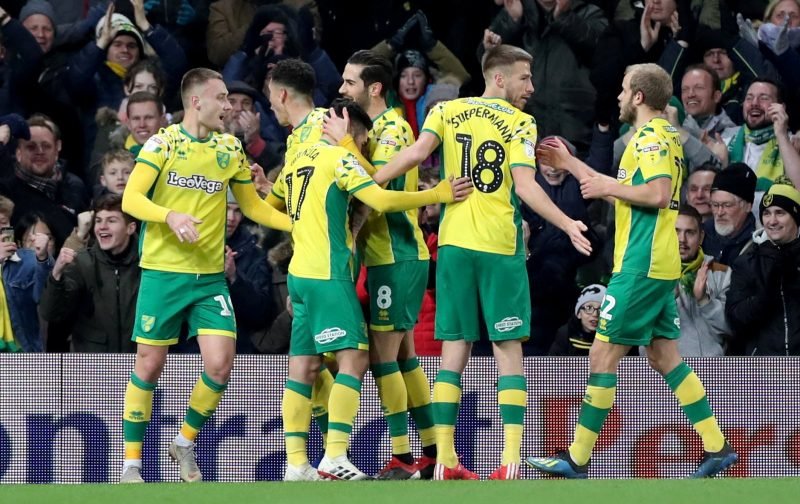 It’s been a while but my old pal, Yeatsy returns with his first article in quite a while. Welcome back fella!

Have you ever played a video game involving football?

Probably most people born after 1970 have. Throughout the years an amazing array of different games for different platforms have been created. From Goal and Super Soccer to PES and Fifa.

In these video games each player has different physical attributes – of course, you would want to play as one of the top teams so you wouldn’t embarrass yourself in front of your mates. Speed, Stamina, Strength and Dribbling are just some of the attributes a player could have.

Maybe if you are a bit confused about what I’m talking about you might remember player cards. Just imagine that in the back of the player’s picture that there are numbers from 1 to 20 for each player’s attributes. For this example, let’s just say that Leo Messi would have 20 for dribbling.

If you compare Norwich City’s squad this year with last year’s at the beginning of the season you can clearly see that they are quite similar in terms of players, quality and physical attributes.

I could bet that Zimbo is not faster, neither stronger, that Stiepy is not quicker nor a better dribbler – the same comparison could be done for Vrancic, Hernandez and most of the team that was here last year.

Attributes quite alike. Of course, that’s with the added exception of a few notable players like Buendía, Pukki and McLean, but let’s not forget that none of them were anywhere close to being superstars before they joined the Norwich City squad.

The importance of intangibles is often a big underestimation in football. What are these intangibles? Confidence? Trust? Courage? Friendship? The psychology of the footballer is often an undervalued substance. The inner mind and brain of the footballer can be more important than physical attributes. Just ask any football expert what was the most important trait as a player of Filippo Inzaghi, the former number one striker in Serie A and for Italy.

Inzaghi was quite a long way short of being a physically gifted forward, possessing as he did a fairly slight stature. He thrived under pressure though and ended up becoming one of the top scorers in European Club Competitions – only behind Messi, Ronaldo and Raúl.

Clearly it wasn’t all down to Inzaghi’s physical attributes. It was something else, something within him.

It’s interesting to think how often intangibles – individual and collective – are vital to a team’s success or on the opposite side of the coin, a team full of world-class players that is not able to perform because the manager – or the players – could never figure out how to build the collective cause.

Another case of how intangibles affect a player’s performance brings us back to Leo Messi when playing for the Argentinean national team.

Low confidence away from Spain? Lack of Trust with his teammates? Or maybe the case of not having any friends? Maybe he just feels more Spanish than Argentinian.

Nevertheless, nationality might not be an issue in the case of Messi.

A mate told me the other day an interesting yet crucial fact about Messi underperforming in “crunch” games. He has only scored 2 goals in the Champions League from quarter-finals onwards since 2012.

Just as a matter of comparison, Ronaldo has scored 20 goals from quarterfinals onwards in that same span of time. Some players thrive under circumstances where others wilt.

Daniel Farke’s squad reinforces the fact that in football, as in real life, there is often more than what you can actually see. The mind can be a strong attribute, stronger than a player’s own physical limitations. So strong it is, that last season’s ordinary players in the Norwich squad have become over performers, surpassing their own limits and becoming the elite team in the division.

Are the players special? Is the manager special? Will they be able to cope with higher challenges? To me, it feels as intangibles have made these players better, Confidence, Trust, Courage, Friendship, just to name a few.

But as always in football, only time will tell and in a few years time I think people might well be talking about the curious case of Norwich City during 2018/19, underdogs and assembled on a shoestring budget with their brilliant Head Coach Daniel Farke, as being greater than the sum of their parts.