Tottenham Away – A Fan’s Eye View 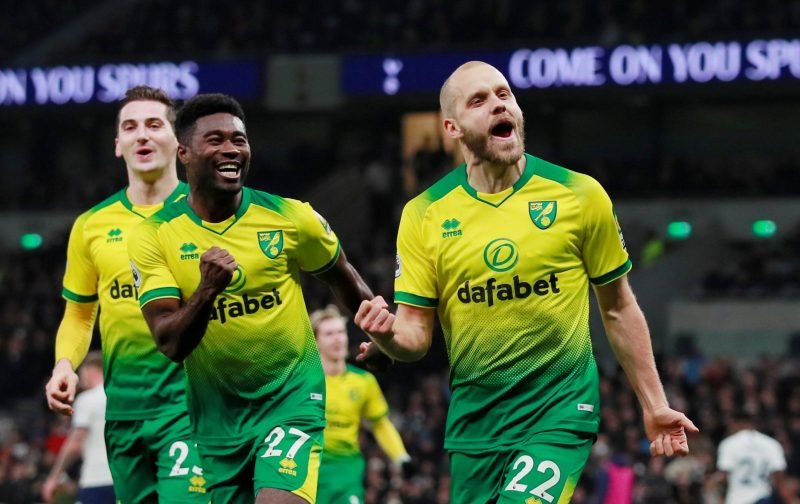 Finally, before we all turn our attention to the FA Cup fourth round and the glamour tie that is, Burnley at Turf Moor, I thought I’d share with you a few thoughts from one of the regular contributors to the Vital Norwich Forum, Drayton Green on his trip to Haringey for Tottenham away.

You may have already read my report on this fixture but here is DG’s.

“We have a different approach to away games than most supporters.
Firstly we are not interested in going to pubs near the ground either full of home fans ( not allowed in anyway in most cases ) or away fans singing whilst drinking crap beer in plastic glasses.
Our aim is to find proper pubs with good beer and save the singing for the ground. ( 90 minutes of singing is tiring so do not waste time singing in pubs where your team cannot hear you ).

So our party of 4 were booked on 11 am train and managed to get into the designated first pub by 1.30 to meet Miss DG Junior who had booked the afternoon off work ( although unable to get a ticket for the game ).
We always end up not having anything to eat so I had booked a table in a quiet pub which is not open at weekends so was our first pub to visit.
For fans who appreciate beer this is a St Peters brewery pub with all their range on draft and was a great venue. Located in Farringdon.

I used to work in Holborn so we then went on to another 3 great pubs and met up with an old uni mate of mine from Tottenham for a short while and then got train from Liverpool Street to WHL at about 6.00 pm.
This gave us a lot more time than our usual last minute entrance which was
required due to the security checks and somewhat unfortunate away fan
entrance area down a cul de sac.

There  is no denying this is a great stadium but due to modern day fans and Spurs poor form, the atmosphere in terms of home fans was about as bad as their current team.
The overpriced fizzy crap beer is a novelty and we had more than enough proper beer so looked at the way it was poured and were glad not to have it.

By now everybody will have seen it so will leave it as yet another example of poor finishing and defensive laps resulting in yet another defeat where we thought we should have done better. Sadly other teams do it
( Burnley for example ) so we remain adrift.

No Norwich replays on giant screens until the end.

We decided to queue up at WHL station and managed to catch a crowded train just in time to get 10.30 at Liverpool Street.
There was no 11.00 train so we had booked 11.30 and paid for first class upgrade but as we jumped ahead onto a busy train had to stand up for entire 2 hour journey without food or drink since 6.00.

As usual a very good day out which was not ruined by the football as we all know that the Smiff’s selfish control and no spending policy will lead to relegation and have accepted that and defeats before setting off for aways.

As always we are 2 good signings away for getting these desperately required points and with each game the frustration increases.”

Just like DG, I had a great day out with mates and didn’t allow the defeat of my football team to spoil the day. Being one of the closest and easiest away days to get to this season, I’m glad we made the effort (and got lucky with the tickets).