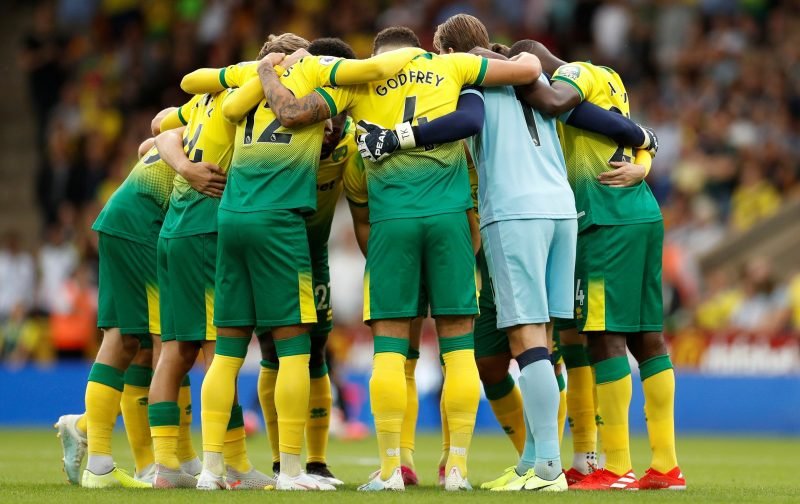 Norwich City have been linked with a couple of names over the last few days that are, according to the press, on the club’s radar for the upcoming January transfer window.

The first, is exactly the sort of signing that you might expect Stuart Webber and his recruitment team to identify, the second is, well, less so.

According to the EDP the Canaries are one of a number of clubs keeping an eye on Hearts’ left-back, Aaron Hickey. The 17-year-old is currently in the midst of a breakout season for the Jam Tarts, having played 7 of the club’s 8 games so far.
At that age, he fits the blueprint for the future although, Liverpool, Arsenal, Newcastle and Southampton are all also said to be keeping tabs on young Aaron.

As I say, that report seems likely to be fairly accurate, this second one though, less so, as you will soon see.

According to the The Sun, Norwich City would be keen on making a move for Stoke City’s high profile goalkeeper, Jack Butland.

The problem is likely to be the cost though, never mind if City even actually need to buy such an expensive player, albeit one with England caps.

There’s a decent take on all this here from the Stoke Sentinel with the best line being: They (The Sun) have claimed that Norwich would be willing to spend up to £15m when the window reopens.

Fifteen million pounds eh? On a goalkeeper. When we already have an excellent number one in Tim Krul? Seems unlikely, to say the least.

In other news, Manchester United are the next visitors to Carrow Road on Sunday, in a game that I think gives Norwich another excellent chance of a giant killing.

The Red Devils will play Partizan Belgrade in Serbia on Thursday night in the Europa League and they will still be without Paul Pogba, amongst others, reports Charlotte Dunker of the Manchester Evening News.

No sign of De Gea either. Ethan Laird amongst the group in addition to Williams, Chong, Gomes, Greenwood and Garner.

As I say, United haven’t been at their best so far this season but a battling draw against Liverpool last weekend, a game they were only five minutes away from winning, will have helped with confidence, I’m sure.

This match against Partizan seems ripe for controversy though, with racism meaning that the club have had to play two games behind closed doors recently.

Having said that, and ignoring the embarrassment of riches at their disposal, I think that Norwich have an excellent chance of getting something out of Sunday’s game.

The crowd was a little flat the last time we were at Carrow Road against Villa but if we can’t get up for this game, against a wounded Manchester United, then we never will!