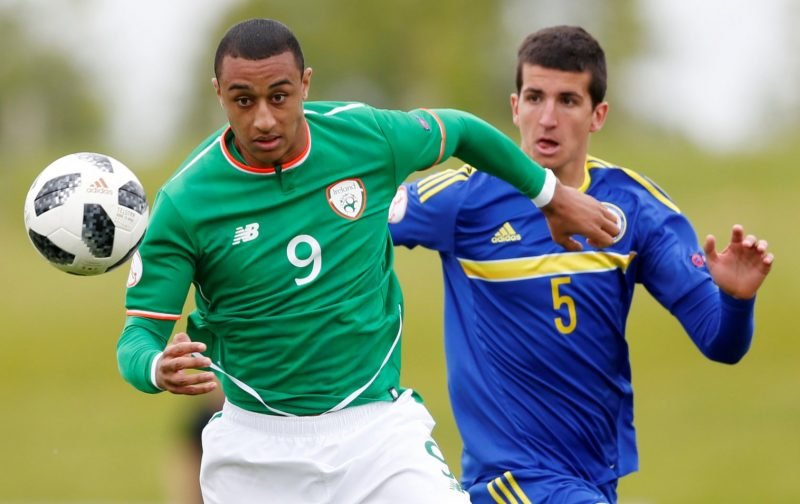 You may have missed this little bit of news from Norwich City yesterday as it was quite an exciting day, what with two new signings in the shape of Teemu Pukki and Ben Marshall.

However, it could turn out to be just as important as those two new first team signings.

A number of Academy prospects committed their futures to the club this evening. #ncfc

As “Dirty Harry” Callaghan famously said, “To tell you the truth, in all this excitement I kinda’ lost track myself” and that’s how I felt yesterday, while looking through my phone at the CSF Tournament at Eaton College, watching my lad play footy.

The main news is that among this group of youngsters is a certain Adam Idah. As you can see from the picture above, Adam is on the right of Delia Smith, beaming from ear to ear, just like the rest of the lads, who, for your records, are:

Adam Idah, 17, is a big deal in the Norwich City Academy and we’re all keeping our fingers crossed that he becomes the goal scorer that he looks like he’s capable of being.

Adam has already trained with the first team squad, last season and Daniel Farke looks set to do the same with his best young prospects in pre-season. How he does could mean the difference between a loan move, which is most likely, or staying on at Carrow Road for some first team action.

There is no exact news on the length of these professional deals, which is a little annoying, but the fact that he and the rest of the lads are moving forwards into senior football is good news for everyone connected with the club.

Dirty Harry also once said “You have to ask yourself one question, do I feel lucky?”

Well, having got to his point, luck will have nothing to do with how these lads develop. It will be down to hard work, commitment and a desire to make it to the top of the game. They have the opportunity and we all hope that they grasp it with both hands.