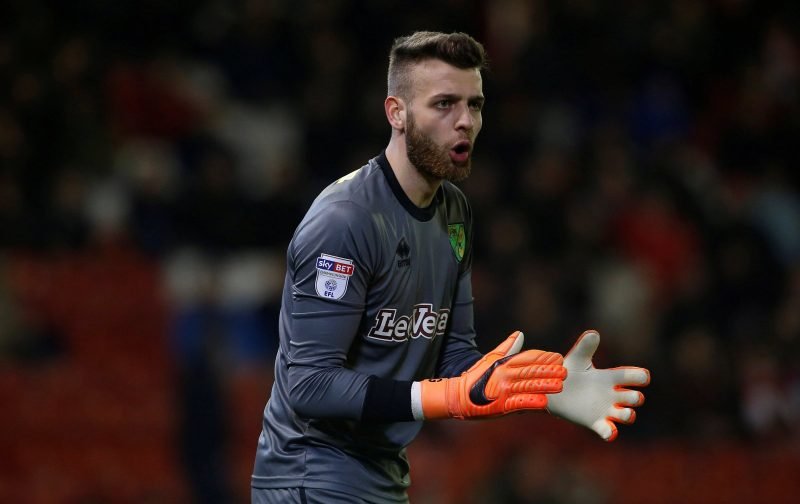 Norwich City are set to receive an unexpected but very welcome windfall, should the reported transfer of Angus Gunn from Manchester City to Southampton go through.

The fee is reported to be £13.5m and it sounds as though with a fee agreed, only personal terms remain which will surely just be a formality.

Why is that good news for the Canaries?

Well, in 2011, Angus left the Norwich City Academy when his family moved to the North West and he joined the Manchester City Academy to continue his development. A tribunal decided that a fee of £250k was due to the Canaries, which was a quarter of what they thought their young goalkeeper was worth at the time.

That deal though is almost certain to have included a sell on fee, with 20% being a fairly standard figure.

Fast forward to today’s rumoured £13.5m fee and that means that Norwich should collect around £2.5m. That cash is unexpected, not budgeted for, but very welcome and it could explain why certain things are happening.

The impending loan signing of Jordan Rhodes is likely to cost Norwich a pretty penny and the Gunn money could well help ease that burden. It also might mean that Norwich could keep Nelson Oliveira as well, at least for the time being.

Whether Nelson stays or goes, it means that Norwich can decide how and when they want to sell him, rather than being held to ransom, knowing they need to sell to balance the books.