Video: All The Goals From Leeds 1 – 3 Norwich 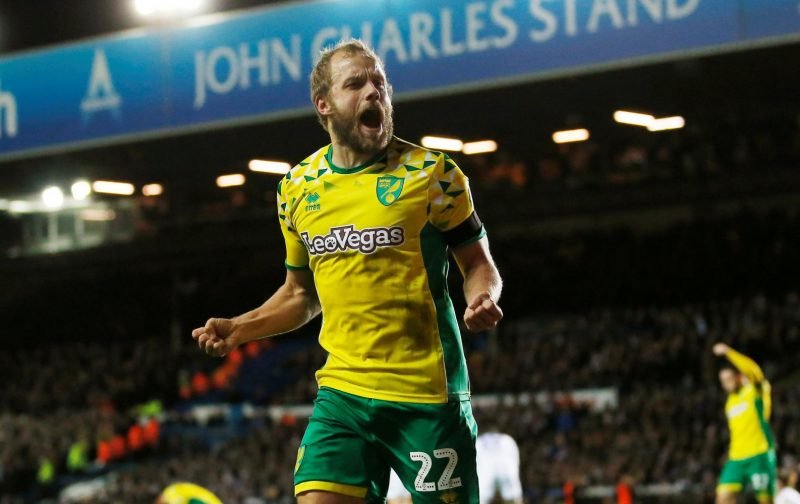 Norwich City made a real statement of intent on Saturday evening as they went to Elland Road and comfortably defeated Leeds United 3-1.

It was an astonishing performance that saw the Canaries return to the top of the table after 56 days away, albeit only on goal difference from the Whites.

The scoring was opened after just five minutes when Onel Hernandez was fouled 25 yards from goal and “Super” Mario Vrancic stepped up to curl the resulting free-kick past Casilla.

This seemed to jolt Leeds into life and they furiously surged forward. All that did though was to provide space for City on the counter as the Canaries’ fledgeling back four held firm.

The second came on 35 minutes after Buendia won the ball in the Leeds third and fed Marco Stiepermann. He waited for the arrival of Vrancic, who wasn’t tracked, and the Bosnian’s shot was blocked but fell kindly for Teemu Pukki to tap the ball home from close range.

Leeds tried but failed to build some momentum in a Norwich controlled second half and the game was sealed in the 78th minute when a Jamal Lewis’ cross was volleyed home, through two pairs of legs by Vrancic.

Patrick Bamford scored in injury time from a corner to give the home side a consolation and interestingly, Bamford seems to be a source of hope for the Leeds fans – I’ve no idea why, he was hopeless with us, and that’s how it finished.

Here’s the footage and all the goals, enjoy!