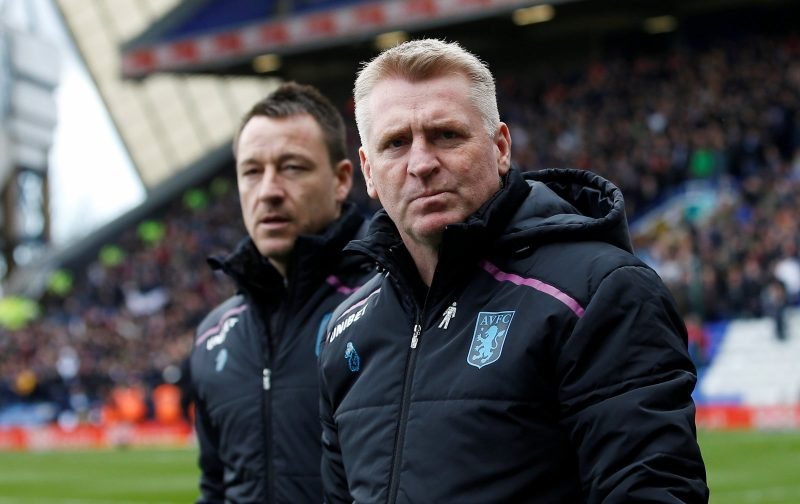 Norwich City travel to Aston Villa on Sunday (12.30pm) for what will be their final game of the 2018/19 Championship season.

A season that has already seen the Canaries promoted and now needs just one solitary point for them to be confirmed as the Champions.

The home side are confirmed in the play-offs in fifth place, no matter what happens, and with Villa currently being on a 12 game unbeaten run, this last game is just about as tough as it gets.

So what can we expect from Villa?

Are they going to rest players with the upcoming play-off semi-finals in mind, or will they just play their strongest team and go for it?

Talking to the media on Friday afternoon, Villa manager, Dean Smith confirmed  a few things for us.

In terms of resting certain players, that is a definite possibility, although EFL rules mean that there cannot be wholesale changes. One player who will definitely not play against Norwich though is John McGinn with the influential midfielder and winner of the club’s “Player’s Player of the Season” award, currently sitting on 14 yellow cards with one more booking meaning that he’d miss two games. Giving McGinn the day off is an obvious no brainer.

With Orjan Nyland definitely out, we should see ex-Canary and local boy, Jed Steer between the sticks again for Villa. Steer left Norwich City with Paul Lambert, joining Lambert’s Villa revolution, for that, read “cost cutting exercise” but he has had to wait for an extended run in the first team.

Having initially been on loan with Charlton for the first half of the season, Steer has made 14 appearances since returning to Villa Park in January.

Tammy Abraham, James Chester and Kortney Hause are all back in training and although Abraham missed the recent draw with Leeds, the 25 goal striker could be an option if needed, although Smith is hoping to do without him, which means Jonathan Kodjia is likely to start. Hause needs minutes ahead of the play-offs and this could be a good time to give him that.

The boss provides an injury update ahead of Sunday's clash with Norwich City ????

He also confirms that @JMcGinn7 will be rested.

Anwar El Ghazi’s red card against Leeds was rightly overturned and he is back and available.

The bottom line here is that although Villa won’t want to lose any momentum, Smith thinks that win, lose or draw, his side will still have that. That suggests to me that he could use this game to give some minutes to players he thinks he could use in the play-off semi-finals.

Clearly there are going to be some changes, how many is unknown and we’ll have to wait until 11.30 on Sunday morning for the definitive answer.

In terms of Norwich, Daniel Farke has reported no new injuries and he’s likely to play an unchanged team in an attempt to win the League title.

One little piece of good news is that Tom Trybull doesn’t need surgery and he should heal on his own over the summer and be ready for pre-season.