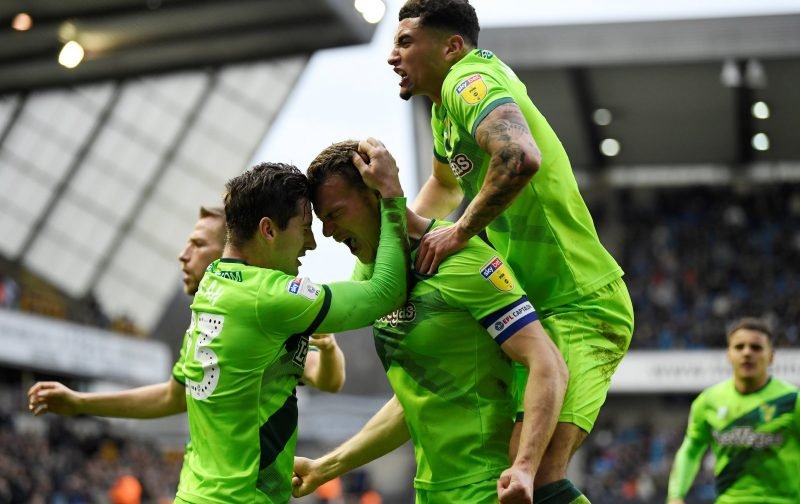 It has, in my Norwich City watching lifetime, been the best season I can remember.

I first watched City at Carrow Road back in 1977 against Leicester City, a 2-0 home win and I’ve been going regularly ever since.

That first line of this article is quite a statement, I know.

Above all that though, I think I can say that this has been the best season I’ve watched.

The connection between the squad and the fans, the Head Coach, the Sporting Director, Along Come Norwich and The Barclay End’s revitalisation of the stadium support and that’s all before I even mention the football that we’ve had the privilege of being able to watch.

So with that in mind, and inspired by the club’s own player selections, I started thinking about my favourite moments of the season.

Best Goal Scored: There are plenty of contenders for this one. I’ve tried to keep it as the best goal rather than the importance of a goal.

An example of that would be Teemu Pukki’s injury time winner in the incredible 4-3 win over Millwall at Carrow Road. The goal was massive but it was a bit of a scuffed finish. Jordan Rhodes’ second against Villa at Carrow Road was a special team goal with around 40 passes leading up to an excellent finish and then there was Mario’s free-kick in the last seconds against Sheffield Wednesday, which was a sensational moment.

I’m going for another goal scored by one of our most improved players though – Mario Vrancic.

Super Mario was just starting to show some form at the tail end of last season before injury cut his season short. He endured a shaky start to life in English football but scored some unbelievable and important goals this season.

I’ve chosen his 25 yard screamer against Blackburn because firstly, it was a heck of a strike and secondly, it ensured promotion.

Congratulations to Mario and @NorwichCityFC on getting promoted to the Premier League for next season. ???? pic.twitter.com/QPjV6Ufeh0

Best Team Performance: There were several worthy performances that could’ve taken this one.

The 4-1 win away at Swansea was pretty good, as was the 4-0 win at Hillsborough over Sheffield Wednesday, both in November. The Boxing Day 3-3 draw with Forest was also pretty impressive as the boys came from 0-3 down to draw, again showing that never say die attitude that became a hallmark of the side

The 3-1 win over Leeds at Elland Road though was a supreme away performance and it was as comprehensive as Leeds’ win over City had been back in August at Carrow Road. City soaked up the pressure and grabbed an early goal before ruthlessly punishing Leeds twice more to underline our title credentials.

Player of the Season: I’ll give you my top three, as I voted for them in the POTS awards.

1. Teemu Pukki – His 29 league goals were the difference for City. A prolific striker is the dream of every football team and to pick him up for free was the icing on the cake.

2. Emi Buendia – the fiery Argentinian is a box of tricks unlike any other, this side of La Liga. He’s like a physical, quick Wes Hoolahan and scored goals and provided assists. His goal against Hull, with that prodigious, impudent flick was simply sensational.

3. Christoph Zimmermann – The biggest man you’ve ever seen has become an absolute rock in the centre of our defence. Two years ago he was thinking of starting teacher training as he didn’t think he’d ever play at a high enough level to make a decent living, now, he’s led the Canaries into the Premier League.

Most Significant Game: The 1-1 draw at Ipswich Town was the turning point for me. City had just four points at that time and a defeat would’ve seen the Tractor Boys overtake us. Mo Leitner’s first goal for the club was not only a great goal but it was crucial. This game was on the edge of the first international break and a defeat could’ve caused serious morale  issues. It was followed by a 1-0 home win over Middlesbrough, which was another crucial result, showing that the Canaries could compete with the league’s front runners.

We’ve all got different opinions on football, it’s part of what makes it so compelling, and while some of you may agree, others may completely disagree. Let me know what were your biggest and best moments of the season.