We Need To Talk About Emi Buendia 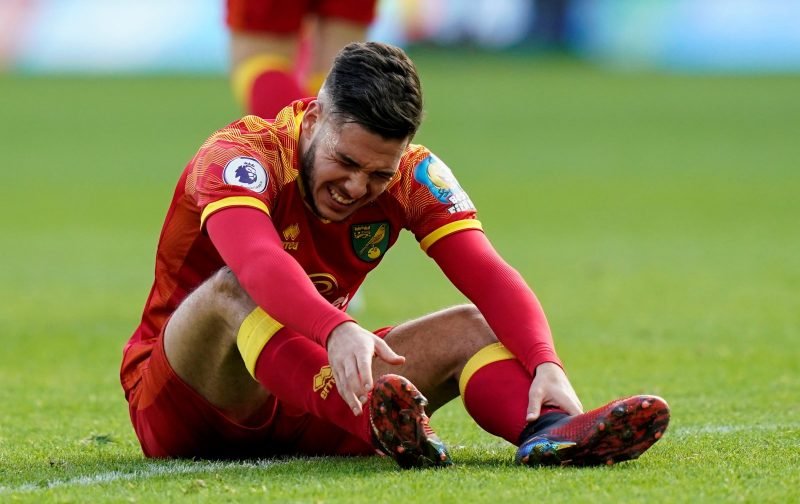 Since his arrival at Norwich City in the summer of 2018, Norwich City have not won a game without at least featuring Emi Buendia.

Just let that sink in for a moment.

Over a season and a half has gone by and the Canaries have failed to win without their talismanic Argentinian forward. How can that be? Is Emi that good that he cannot be replaced in the team?

That’s a big question and for as long as the games keep on rolling by and he is not starting them, the question will remain. In terms of the current crop of Norwich City’s creative players, he is without equal. Todd Cantwell has lots of skill but currently lacks the strength on the ball, tackling ability, explosive bursts of acceleration or vision to eclipse Buendia. Onel Hernandez is a speed machine but still quite raw and rough around the edges, almost a blunt instrument although I might be being a little harsh there, I love Onel.

Marco Stiepermann? No contest, two entirely different types of player. It is Lukas Rupp though, that is keeping Buendia out of the team at the moment. The January signing from the Bundesliga has shown that he most certainly has ability and he can seemingly play in almost any position across the midfield and yet, he doesn’t have the “X” factor that Emi has. He doesn’t have the sorts of attributes listed above, he’s just good enough, I suppose to be a reliable footballer but nothing exceptional. Rupp seems unlikely to produce a moment of magic to win a game or score a goal on his own like a Buendia or a Hoolahan or a Huckerby could.

Against Wolves at Carrow Road in December, Buendia was on fire. He became the first player in history to create nine or more chances and nine or more dribbles in a single Premier League game. When you take a moment to think about all the wonderful players that have played in England’s top-flight over the years, those are some pretty impressive statistics. Since a thigh strain saw him side-lined in early January though, there has been a sense that all is not well with Emi.

Having dropped Buendia after a sticky spell and that first minute losing of the ball against Watford in November, Emi then came back into the team and reacted spectacularly in terms of his all-round game. The only thing lacking was goals, the stats from the rest of his gameplay was regularly held up alongside the likes of James Maddison and Kevin De Bruyne, hailing his impact in the league.

He has always been one to throw his arms into the air and just sit there if dispossessed, dumped on the floor and ignored by a referee, something that frustrates me endlessly. The number of times I’ve shouted (encouragingly, mind) “Come on Emi, get back up and get back into the game” etc, well, I’ve lost count but his wonderful talent always makes me excuse such moments, just like I used to make allowances for Darren Huckerby’s lack of heading.

Emi plays with passion and he leaves nothing hidden. You can always see what he is thinking by his body language alone. His ability on the ball is currently unparalleled in the squad and we need him firing on all cylinders again as soon as possible.

Alex Tettey, when speaking to The Athletic, has said that there is no issue between the player and his Head Coach. “No bad blood,” he said and “The manager very, very much adores Emi’s football and the way he plays.” I do remember Daniel Farke previously saying something similar about Moritz Leitner as well though.

“The manager very, very much adores Emi’s football and the way he plays. He’ll be quickly back in contention again, I’m not worried about that.”

The bottom line here is that without Emi Buendia, Norwich look fairly toothless. The Canaries have failed to score from open play in almost seven whole Premier League matches and Emi hasn’t started four of those. There is no doubt that whatever happens in the summer, in the here and now, Norwich are better when Emi Buendia plays.

One Reply to “We Need To Talk About Emi Buendia”