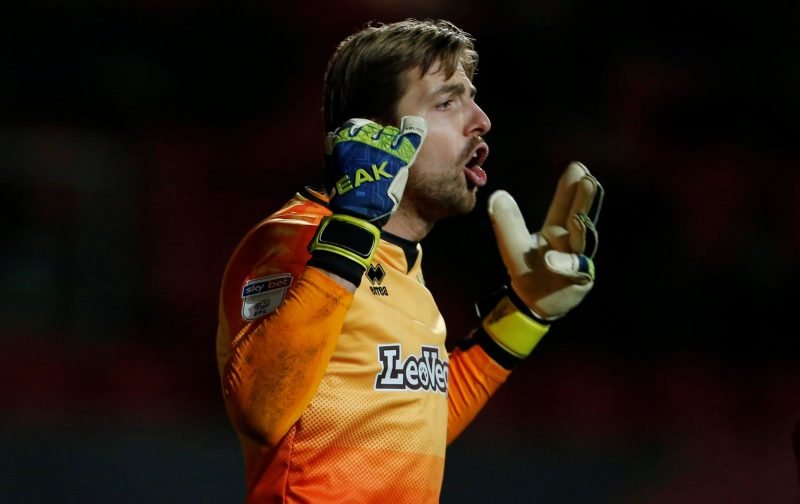 Sitting atop the Sky Bet Championship is a wonderful feeling, isn’t it?

The Canaries have nine games to go and I think that five more wins should see us over the line. The big game at the weekend involves both Leeds and Sheffield United, who will face off at lunchtime on Saturday at Elland Road.

The game could be potentially season-defining for both clubs and it could help Norwich quite a lot too. Assuming we can beat Rotherham, which isn’t a given, as the Millers are fighting for their lives, and if Leeds could beat the Blades, then we’d be seven points clear of third place with eight games to play.

Promotion is the goal, first or second, I don’t mind, I just want to go up this season.

There was plenty to admire in the home side’s play on Wednesday night with Emi Buendia seeming to get stronger with every week that passes. He’s kicked (a lot) but rarely is put out of his stride and after a scorching winner against Swansea, he bagged a couple more goals against Hull.

The second was just another sublime goal to add to the list for this season. Emi’s flick to Pukki was as outrageous a pass as I’ve ever seen in real life with my own eyes.

Teemu Pukki hasn’t scored for a couple of games now and he’ll be kicking himself that he didn’t finish that chance but the back heel to put Emi in was another super bit of play. It’s just total football, at least going forward.

At the back, we still concede sloppy goals every now and again and the two conceded to Hull were gifts.

Tim Krul won’t need telling that he messed up for the first, having been closed down by Frazier Campbell. He took too long and his snatched clearance found a Hull player rather than a Norwich one. Ten seconds later and he’s picking the ball out of his own net.

As ever, the reaction by some people to a mistake is that “he’s not good enough.”

Chris Martin was unmarked to head home in the 87th minute and that was slack on the part of Godfrey especially but not a word of criticism.

My take on this is that Krul has saved us a lot more points than he’s cost us, with the previous couple of games being good examples.

Against Swansea, he kept a clean sheet and denied Daniel James with two very good saves. In the game prior to that, he was superb at The Den against Millwall with that terrific double save in the second half.

Daniel Farke wants to play with a “sweeper keeper”. The type of football that he plays, in the style of Manchester City, Liverpool, Barcelona, Bayern Munich et al demands possession and keeping the ball, dominating it, as Farke himself would say.

If you play like that then your keeper will make the odd mistake with the ball at his feet. Goalkeepers are basically playing there because they’re not good enough to be outfield players. That might sound harsh but it’s surely the reality, isn’t it?

I’ve seen Marc Ter Stegen, Emerson and Alisson all make errors with the ball at their feet this season. Sometimes they get away with it and sometimes it costs a goal, not often but it happens.

In the second half, I witnessed the bizarre scenario of some of the people around me in the River End screaming at Krul to “get rid of it” before it had even reached him. The shouting increased with every 0.25 seconds he didn’t launch it, as though the ball was a hand grenade with the pin pulled.

I can only shake my head and wonder what, if anything, these people have learned about our style of football under Farke.

Imagine if we had Swansea’s Kristoffer Nordfelt between the sticks?

Last Friday, he calmly stroked the ball about between Norwich players to find a white shirt and he did it regularly throughout the game, as Swansea also looked to keep possession of the ball rather than turn every pass from the keeper into a 50/50 hoof. Those sitting around me who were audibly moaning at Krul would be having kittens at that.

I noted today that Ben Godfrey “liked” a tweet from My Football Writer’s Gary Gowers about the same thing. Gary sits in the River End, like me, and it drove him crackers too.

If Ben Godfrey is liking a tweet of that content then you can be sure he’s heard it, which means Krul heard it.

Why do it, people?! Tim knows he messed up, just let him do his job.

If Krul isn’t good enough then Daniel Farke will know it and he will ask for that position to be addressed. Michael McGovern will almost certainly leave when his contract expires in the summer so a new keeper will be needed. How good or how high a profile they have will be up to the Head Coach.

Before the game, Daniel Farke and Stuart Webber asked for a wall of sound but they only partially got it.

All was well for about 20 minutes but then complacency seemed to set in and it all went quiet again.

My son and I try to sing as much as we can in the upper tier of the River End but it’s hard when nobody joins in. There’s an old boy behind us who does but it’s a general poor effort.

Reliance on the singing needs to come from the Barclay and The Snake Pit, that’s the reality of it but in the second half, instead of seeing the team over the line, they were singing about Mo Leitner’s hat.

Sure, it was funny(ish) but it went on way too long and distracted the crowd from supporting the team, which is what was asked for. Suddenly we’re at 3-2 and it’s deathly quiet.

Have a word with yourselves, boys and girls.

Let’s make sure that from now on we see the boys over the promotion finishing line with positive support. It makes a difference, they’ve said as much, and we need to do our part in the Canary Nation.

Sorry if there was a bit more moaning than usual but I just say it as I see it.