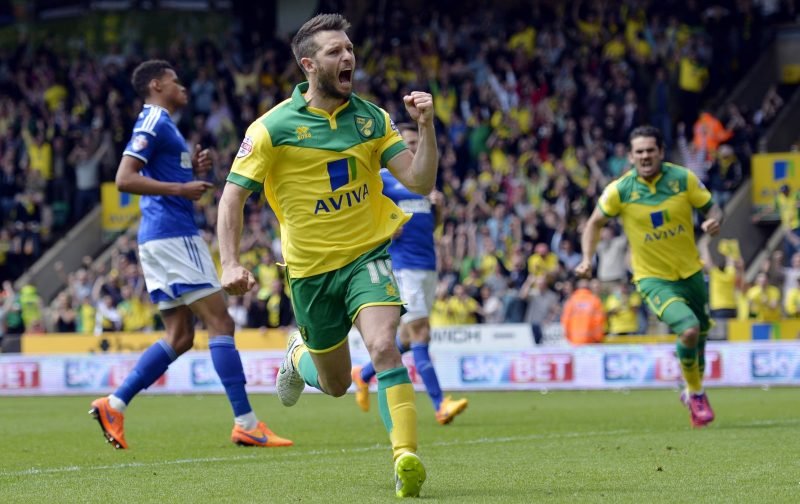 You may have noticed but Saturday was a rather big day in Canary history.

It was the end of an era as Wes Hoolahan made his 352nd and final appearance for Norwich City.

Naturally, he signed off with a goal, an assist and an all-round man of the match performance. He went out in a blaze of glory and reminded us what we’ll be missing from next week onwards.

Who will fill those mercurial boots?

Will it be someone already at the club or will it be a new hero, yet to join?

Only time will tell. In the meantime, here are a few of the best tweets from around the Canary Nation.

The last clip is really worth a watch…

A well-deserved tribute sealed with a win ? It was an honor playing football and sharing the dressing room with you! We will miss you! ?? #ThanksWes pic.twitter.com/UqP7W1xmYN

Wishing this legend, the little magician all the best for his next chapter!! What a player, absolute honour playing with you! memories I’ll never forget!! Well done Wesso ??❤ pic.twitter.com/qgnPKoh77D

Nothing but love for him. pic.twitter.com/GkE02s2EBH

A huge (manly and appropriate) hug to Wes Hoolahan, one of @NorwichCityFC's greatest ever servants. He goes out on a goal and a win. Bravo and thank you. #WesHoolihan

What a player Wes Hoolahan is ! ??

That last clip from Madders sums Wes up, as well as showing what a mature, thoughtful young man Maddison is.