What Next For Football And Norwich City As The Corona Virus Takes Hold? 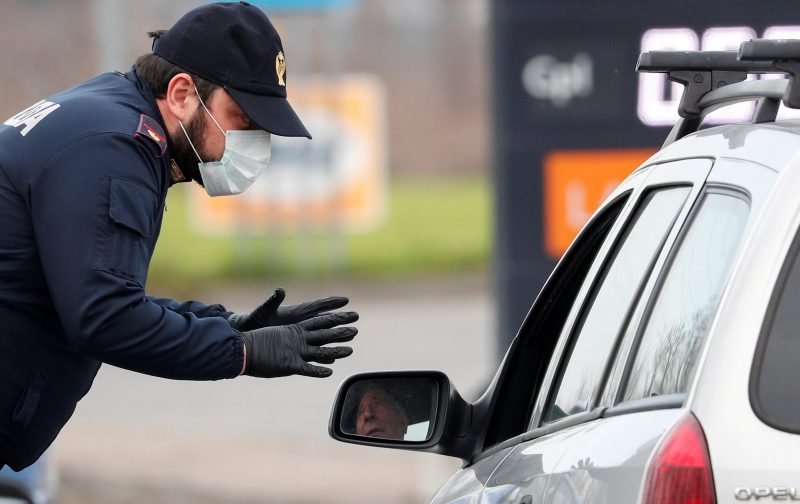 UPDATE: The Premier League and EFL have now announced that all professional games will be suspended until April 4th at the earliest.

I’m not sure if you’ve noticed but there is a new all consuming news story at the moment. We’ve finally gotten rid of Brexit being the headline at the top of every news hour only to replace it with Corona Virus.

It’s not a joke though, this virus is set to run through the world’s population like wild fire and now that it’s starting to really take hold here in the UK, what does that mean for Norwich City and the wider football world?

Let’s have a look at the possibilities.

In Italy, football has been suspended until further notice as the country battles against the first pandemic since the Spanish flu, after World War One. Champions League games between Juventus and Lyon and Manchester City and Real Madrid have been postponed, with players at both Juve and Madrid being told to self isolate. In the Premier League, three players at Leicester City are in isolation and on Thursday evening, Arsenal Head Coach, Mikel Arteta was confirmed as having the virus. As a result, the Gunners’ match with Brighton on Saturday has been postponed with Arsenal asking all staff who have been in “close contact” with Arteta to self-isolate.

So where does that leave football?

In terms of Norfolk, as I write, there isn’t a confirmed case here, yet. The key word being yet because it is only a matter of time.

The question for the football authorities will be “How bad is this going to get and for how long?”

I bought tickets this week for Arsenal away on 4th April and for the FA Cup Quarter final with Manchester United on 22nd March. Will those games take place? I waited until the government announcement on Thursday tea time to see if sporting events would be banned, or at least large crowd gatherings, before buying the Man United tickets. I felt under pressure to buy the United tickets as the season ticket holder’s deadline is on Saturday at 3pm, although I figure I’ll always be able to get a refund should the games be cancelled.

As a result of Arteta being confirmed as having Corona Virus, the Premier League will meet on Friday morning in an emergency meeting to discuss the situation. I’ve also just heard that Callum Hudson-Odoi has tested positive, so Chelsea’s squad and staff will now go into self-isolation.

The UK is taking a very different approach to the virus compared to most other countries, with social distancing not yet being officially introduced. I’m sure a few of us are practising it already, I know it was on my mind as was shopping in Norwich on Thursday afternoon.

So, when will the UK go for the “social distancing” seen elsewhere and cancel mass gatherings, such as football matches and concerts etc? That could happen fairly soon, although this weekend’s football calendar in England is going ahead, as I write.

It is now surely a matter of when not if  that happens, so what then?

In other sports, things are already moving apace. The American NBA season has been suspended and late on Thursday, the Australian Formula 1 race was cancelled as a result of players (NBA) or staff (F1) testing positive.

In terms of football, the connotations are endless and for some clubs, monetarily frightening. In the Premier League, the huge money washing around makes even the smallest club, that’ll be Norwich City, financially sound. However, look into the EFL and it becomes a lot more concerning for clubs without either parachute payments or very rich owners.

The further down the football pyramid you go, the worse it gets and if a ban on spectators came into force then that could literally send some clubs to the wall. Around a third of income for Championship clubs is provided by crowd/ticket sales outside, rising to around two thirds in Leagues One and Two and we all remember Bury disappearing last year. It’s no exaggeration to say that football clubs could fold and people lose their livelihoods, and be unable to pay their bills not much further down the road.

The EFL has cash reserves but nowhere near enough to pay players if the tickets stop being bought. Derby County, Macclesfield Town, Oldham Athletic and Southend United have all been late paying their players this season and that was before the virus was even a thing.

So how could the season finish?

In Italy, Serie A have already admitted that they may not be able to reschedule all this season’s games. The idea of either finishing the season as it is now or, having playoff games to decide title winners, European places and who gets relegated is also being considered.

If the season ended now in Serie A, Juventus would win a ninth straight title, with 12 games not fulfilled. However, they are only one point clear of Lazio, with an inferior goal difference and I imagine Gazza’s old club would have something to say about that. Roma are only three points behind Atalanta for the fourth and final Champions League slot. At the bottom of the table, Lecce are in 18th place, the final relegation spot, but just three points behind Udinese in 14th.

As you can see, it’s very tight and would the season ending now just result in endless legal battles across the football world?

In the Premier League, Liverpool are the runaway leaders and although just re-setting the season as incomplete and denying the red men a first title in thirty years would be amusing for many, it’s unlikely. The same goes for Leeds in the Championship, hilarious actually, that one, but again not likely.

So what about ending the season as it is?

Well, that would relegate Norwich City with nine games unplayed. Only eight points separate the bottom six and those other two clubs affected, Aston Villa and Bournemouth would also be fuming. Bournemouth (-18) are in 18th place in the table on goal difference from 17th place Watford (-17).

At the top end, Chelsea, Manchester United, Spurs, Sheffield United and Wolves are all still in with a shout of a Champions League qualifying finish. You can imagine plenty of expensive lawyers will be rubbing their hands together at the prospect of all this.

It’s a similar story throughout the football league too, with the top end of League One, which I keep an eye on for my own amusement, being particularly tight.

I’ve read that the Bundesliga is also considering it’s options, as above.

The approaching Euro 2020 is another headache for Europe’s top leagues with this summer’s competition set to take place in sixteen different countries – figuratively speaking, nightmare doesn’t adequately describe it.

UEFA makes enough money from these competitions to see them through the next four years, here or there, so cancelling that is also a last resort but what to do? The peak of the outbreak isn’t reported as being for 9-14 weeks here in the UK and that takes us right up to the start of the tournament.

There’s been talk of playing cancelled games in the summer, through to maybe even June or July, which is when Euro 2020 is supposed to be going on.

Much of this supposition is based on there being enough players to fulfill games, either behind closed doors or otherwise. How many players affected in a squad would mean a justifiable cancellation?

Would Norwich be expected to play a crucial game with say, Teemu Pukki, Emi Buendia, Max Aarons and Tim Krul all diagnosed with the virus against Watford who have no players diagnosed?

“Use your squad, that’s what it’s there for” some might say.

I think I’m now asking more questions than I’m answering and I’ve not got any answers. There aren’t any, yet.

All there is, apart from the horrible seriousness of this all and some people dying as a result of it, is set to be decisions made that have huge ramifications for the sporting world, although, next to people losing their lives, this all pales into insignificance.