Who Should Stay And Who Should Go? A Vital Norwich Forum Thread 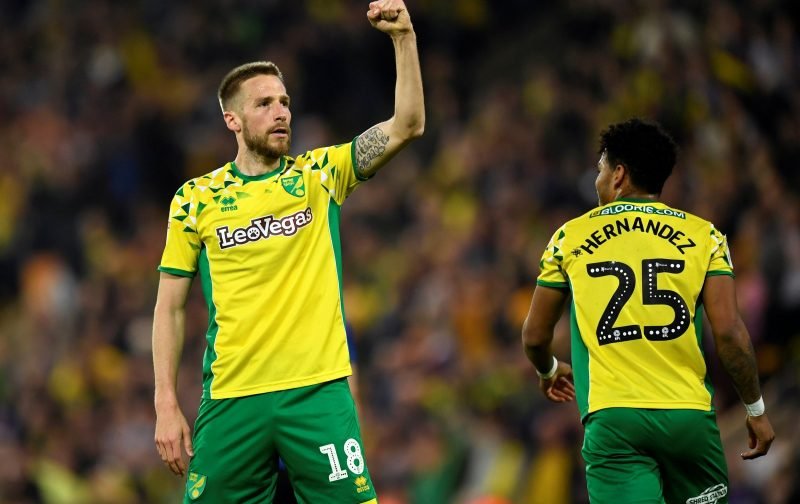 Over in the Vital Norwich forum, there’s a conversation or two going on and one of the regular contributors, Steve from Oz has compiled a list of the Norwich City squad, along with their contract dates and whether or not, if he were in charge, he’d keep them.

In response to that, another regular contributor, FC Bears has a few comments…

I would look to sell Marshall too. I thought he might be a very good signing but I just can’t see him doing it in the prem, on the other hand, he might be a good backup for the right back and right wing but I don’t see it. Millwall fans saying he is pants is saying a lot. Sell if they can.

Rhodes, even though a good team player and seems to be very good around the dressing room, I can’t see him adding much on the pitch and I can’t see him improving. High wages and probably a chunk of our budget in fees which I don’t want to spend on him – I would let him go back to Wednesday.

Thompson and Morris interesting ones as they have talent but also have issues with injuries. I can see DF loaning out in the summer to get them the game time they need.

Srbeny has shown a few but only a few glimpses of some quality but again I can’t see him doing much. Maybe a loan.

Tettey and Krul probably last seasons with us in the premiership so time for Norwich to buy a GK to replace him. Tettey will be kept around as experience but I hope he isn’t going to be playing much.

Cantwell still no movement on his contract. The club has a year option but what to do with him?

The club have said there will not be lots of changes but most of the ones we are thinking will be gone are the ones who are already out of the club on loan.

Have you got an opinion on this sort of thing?
Remember, the Vital Norwich forum is open to all and a heck of a lot friendlier than a lot of social media. Why not take a look?
OTBC

One Reply to “Who Should Stay And Who Should Go? A Vital Norwich Forum Thread”