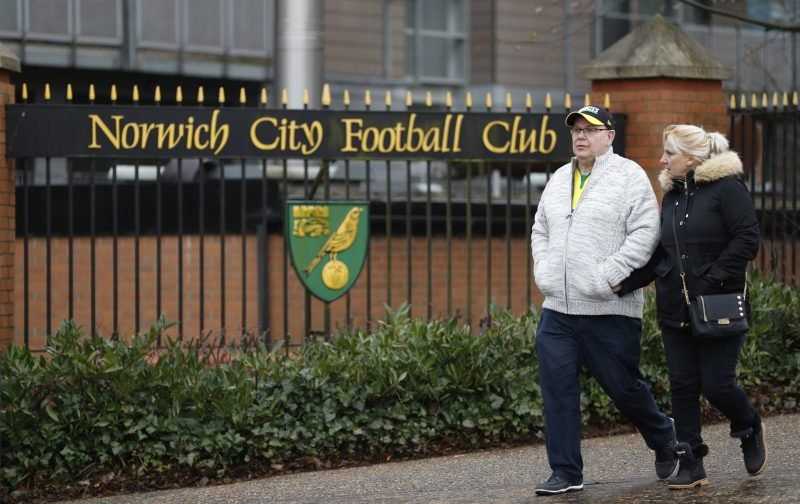 In case you missed the news last night, the Canaries have been drawn away in the third round of the EFL Carabao Cup, to Wycombe Wanderers.

That, I think you’ll agree is a fairly favourable draw, with the Wanderers having started the League One season in fairly indifferent form, just like Norwich City have in the Championship.

Wycombe currently sit in 17th place with one win, two draws and two defeats from their opening five games. I am cautious though because having beaten Premier League Cardiff in the second round, this is just the sort of game we could lose.

This was the scene in the Tuckster’s household last night.

Me: We’ve been drawn away to Wycombe in the next round of the Carabao Cup.

The Wife: Well that’s us out then.

It could’ve been worse though, I see that Liverpool are hosting Chelsea.

In other news, I see that Ipswich have signed former striker, Jon Walters on a half season loan from Burnley.

The former Blues striker has joined up with Paul Hurst’s squad and says he’s available for the derby on Sunday.

In his day, Walters was a big threat at this level and was even a reported target for Alex Neil, when City were last in the Premier League.

The question though, is whether he is still a threat. He joined Burnley from Stoke last summer for £3m but has made just 5 appearances and has suffered a recurring knee injury. He will be 35 next month, so he’s firmly in the twilight of his career but what’s he got left in the tank?

Whatever happens on Sunday, you can bet that Walters will be giving his all.