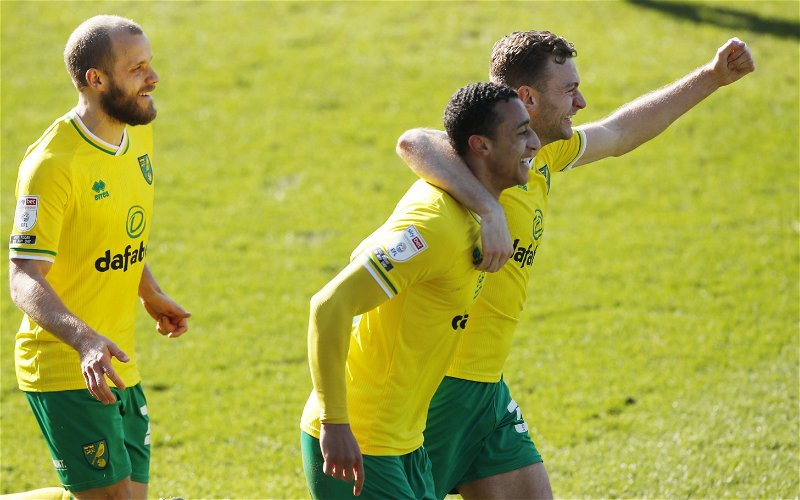 Daniel Farke has quite rightly put on record the fact that he does not look at the table or the points that his side have been accumulating too much. It’s what the table looks like in May rather than what it looks like in late February that is important and yet, as a fan I can’t help but look at it with a growing sense of excitement and anticipation but also nerves.

The way that Norwich have been playing this season is markedly different to the way they played in their title winning promotion season in 2018/19. Gone are the basketball style matches in which the play switches from one end to the other and the Canaries just manage to come out on top with a 3-2 or a 4-3 win in the game’s dying moments.

Instead, we now see a much more resilient defensive steel to the team with the pairing of Grant Hanley and Ben Gibson being all important at the back with Olly Skipp and Kenny McLean in front of them and with Cantwell, Buendia and Pukki completing the spine of the team. I’ve heard it said so many times that it’s important to have a good spine in your side and it really is true. We do, of course have the league’s best goal keeper too but he isn’t being as tested as often as he was over the last couple of seasons. I should also add that we have the best right-back and our left-back isn’t too shabby either.

This win though wasn’t the display of beautiful Farke ball that we’ve seen plenty of times this season. Wycombe, as they were at Carrow Road, were a tough nut to crack. They were well disciplined and at times looked like they had six men at the back. No, this was a win that had to be ground out with hard work and endeavour, just ask Grant Hanley.

Hanley had the sort of physical examination that was a real throwback to the battles between centre forwards and centre backs through the ages. Wycombe’s number nine, Uche Ikpeazu was tough, a willing runner and the home side looked to hit him with long balls whenever possible. Playing to their strengths, I think they call it. Hanley came out on top though and eventually, showing real strength of his own, Emi Buendia was able to provide a cross for Teemu Pukki and we all know what the result usually is when he does that. Adam Idah’s late goal sealed the points and another opponent had failed to beat the Canaries.

Next up though is that mouth watering, at least for Sky Sports, visit from Brentford on Wednesday evening.

It’ll be fascinating to see how Farke and his men set up to face the threat of Brentford, although this is far from a promotion deciding game. All the pressure will be on Thomas Frank’s side going into the game with Norwich knowing that not losing it will be a perfectly satisfactory outcome. City had that “wobble” when they didn’t win for four games and they didn’t score in that period either, culminating with a 2-0 loss at Swansea but they’ve now got back into the groove.

Since the Swansea defeat, the wheels have been tightened and the promotion train is well and truly back on track while strangely, the chasing pack have, and continue to stumble. Being a Norwich fan of over forty years standing, I find myself a bit like a Manchester City supporting mate (of similar standing) of mine. I’m always worried that Norwich will mess it up. Having watched so many years of downs rather than ups and choking at crucial moments, I can’t help but be nervous.

My fifteen year-old son has been going to Carrow Road since he was five and has known far more ups than downs in his supporting career to date. I have, in the past, tried to tell him that it’s not all champagne and open-top bus rides being a canary but his mind-set is more positive than mine on the subject – it’s just taking me a long time to change mine!

Like I say, you don’t win promotion or titles in February but the way that Norwich are currently controlling games and their outcomes suggests that contrary to Frank’s assessment of the sides other than Brentford in the Championship this season, there is one standout team and it’s Norwich City.