A Day at the Den 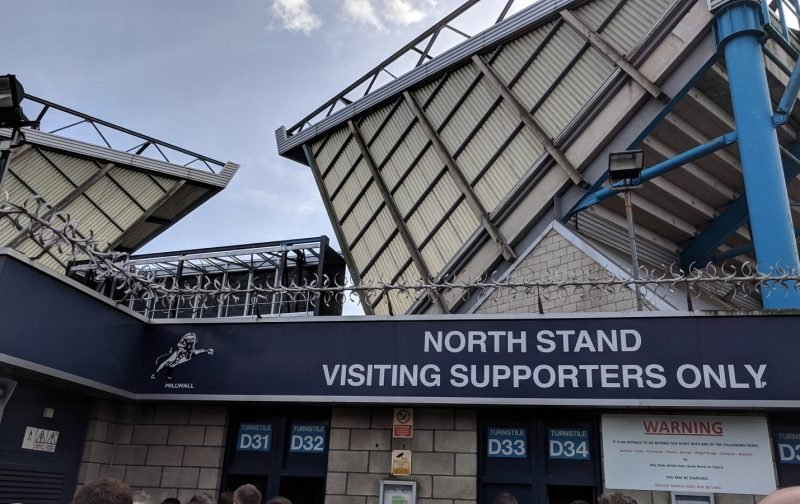 Tuckster’s parting comment on his match report was “Three goals and three points on the road. A grand day out, I’d say.”

There was a palpable sense of complacency before the game. A level of expectation and pride that we all know comes before a fall. Despite Leeds’ impressive response to their midweek defeat to QPR which saw them return to the summit of the Championship at the expense of West Brom it always felt like they were only borrowing the spot for the early part of the weekend.

Norwich would dispose of the Lions in their usual imperious, swashbuckling style and mark off the first of Daniel Farke’s required eight wins to seal the deal. Wouldn’t we?

The ‘New Den’ just feels like an old den. One built by your mates on some wasteland near the stream, between your neighbours’ property and the local garage. It literally sits next to a whole stack of car workshops between two train lines. As one of the ‘Yellow’ songs rang out:

Bermondsey is an area in desperate need of a make-over. With it’s proximity to the City and it’s cheap real-estate you can’t help thinking it is only a matter of time before the area gets a massive make-over. Residents will be holding their nerve – property prices can only go one way here. 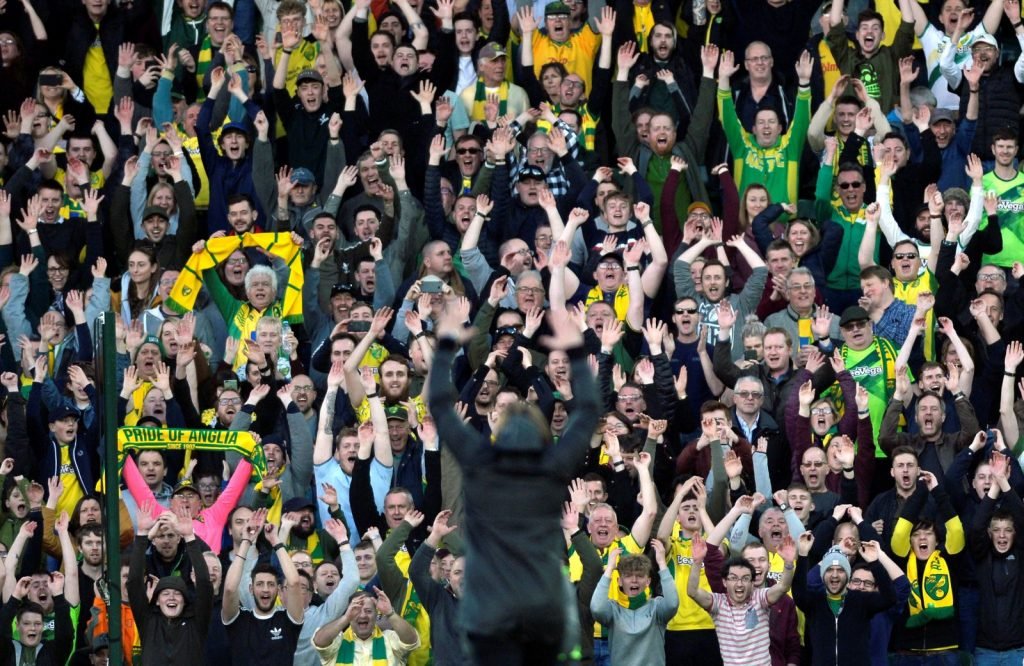 With over 3,000 travelling to the game and an over-riding confidence in the the team’s ability to get a result I expected a more vociferous environment, but the stadium must have sucked the life out of the crowd. The concourse was somewhat muted. The occasional rendition of some Ipswich-baiting chant was about as good as it got and it really felt a little flat. Being in the lower tier (definitely the over-flow from the fuller upper) just exasperated the lack of atmosphere.

I only get to a few away games each season and nothing really compares to travelling to Portman Road for an electric aura, but I was just hopeful that the recent improvements at Carrow Road would have travelled the M11. It wasn’t to be.

Stuck behind the goal, the crossbar and net did nothing to improve my mood. I was having to stand on tip toes and crouch every other few seconds to see anything. After five minutes I was sufficiently frustrated enough to break ranks and find a new vantage point.

Norwich never really found their rhythm. Millwall seemed to win the majority of loose balls, headers and tackles. Space seemed at a premium – although that may have been a result of my restricted view rather than the reality on the pitch. I kept having to glance up at the TV to actually get a sense of where the action was!

Norwich conspired to let Millwall have far more of the game than they deserved. Blockages on the line (not once, but a few times), scuffed clearances which went vertical (not once, but a few times) and frequent mistakes. We were being bullied off the ball and we seemed unable to retain possession enough to become the protagonists. I was duly gob-smacked when I found out we have over 60% of the ball.

Our opener was, however, pure class. The one-two between Hernandez and Buendia deserved to be credited accordingly, but in the end Emi missed out on the ‘assist’ as Onel’s effort was saved with the ball landing nicely for Steiperman to sweep home.

By half-time, however, it was level. Steve Morison’s neat flick at the near post was duly nodded in by Williams and that was my cue for the tunnel.

During the break I had a good natter with a few inebriated gentlemen – all of whom felt this was just a hiccup on the route. Our second-half performances have been electric. Teams ‘run out of steam’. They can’t keep that level of high intensity pressing for 90 minutes. And so it proved.

After 65 minutes we saw Vrancic, Leitner and Rhodes warming up. All attacking options. Four minutes later Tettey, Klose and Hanley were duly stretching their legs. The reason for the apparent change in heart? A bullet header from captain Zimmerman. 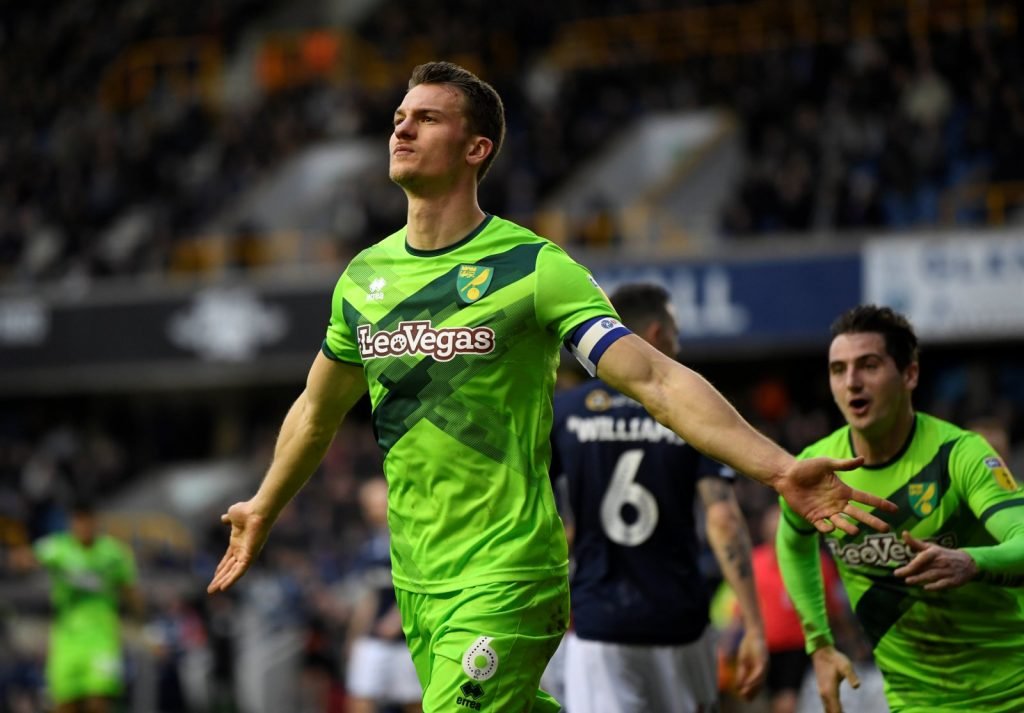 An absolutely cracking goal. Aarons had just won the corner after a good break from Norwich. It felt like we had just missed a glorious chance and Max was getting agitated at the lack of service. Zimbo just decided he would sort out this apparent lack of supply and lack of goal threat and just take matters into his own hands…well head. One thunderbolt later and three unused attacking options got replaced by three unused defending options running the touchline.

As it was, Farke left the team unchanged for a further 15 minutes. Sensing the starting 11 had finally started to take control. The decision was rewarded with a quite majestic goal to finally de-mane the Lions. Hernandez turned and fed Buendia who played a through ball for Pukki. It was his first touch that did all the damage. Dragging the ball from ever so slightly behind him and coming from a reverse angle to what was effectively a beautiful ball in space for him to run on to. That exquisiteness and finesse are rare commodities and Pukki made it look effortless. It put him through on goal and his finish was wonderfully brilliant and brutal.

The crowd finally found their voice. It remained more about Ipswich than Norwich. I’m always a little disappointed when the desire is to laugh at another’s demise rather than celebrate your own ascension. I’d like to hear more joyous songs and choruses about our own club rather than just ‘On the Ball, City’ and ‘Yellarghs’. I wonder if the wonderful chaps at Along Come Norwich and BE Norwich can work their magic on the level and quality of material that comes out of our respective cry as well as the material that is so marvellously flown during the home matches?

Post-game drinks were enjoyed – but it was the coach journey home that really made the day complete. Half the coach in slumber, the other in fine fettle. The name of the coach driver replacing the pertinent parts of our favourite football chants, coach-pool karaoke and obligatory beers.

Top of the league, 71 goals scored, the league’s top-scorer, 11 games to go and Leeds and Sheff Utd still needing to play each other…what else can I say?