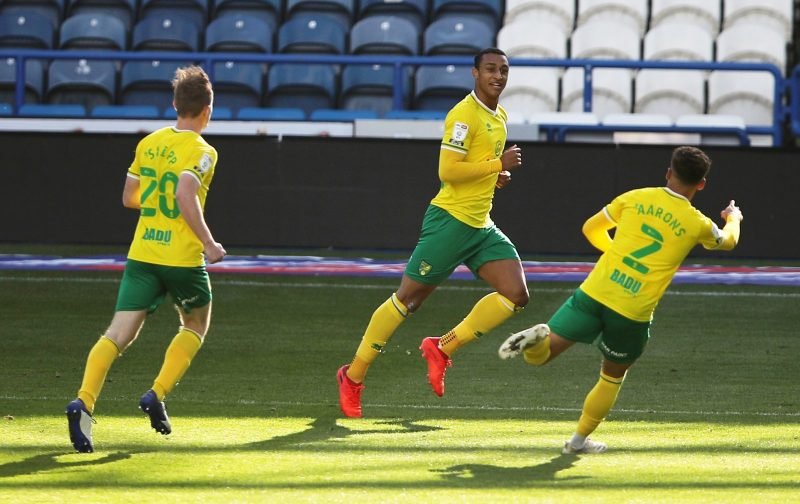 It was a perfect start, wasn’t it?

I don’t think that anyone can argue with a win and a clean sheet on the opening day, especially away from home. Opening days haven’t been kind to Norwich in recent years but to get the first three points on the board is very pleasing indeed.

The performance wasn’t at the highest level but that is, perhaps, to be expected and I fully expect things to click once the games start to come thick and fast. The more the team play together, the more they will get into the right rhythm and especially with the new signings, they will know what sorts of runs their team mates will make.

Speaking of new players, we had three on show here from the start and all of them did fairly well. Oliver Skipp already looks like the defensive midfield role is his to lose after a display full of energy, tackles and awareness. He won the fans man of the match award after the game.

Time to vote for your man-of-the-match… 😁

I think that seeing fellow debutant, Xavi Quintilla come fourth in that poll is a little harsh because on the evidence of this first 90 minutes, City may already have an excellent replacement for Jamal Lewis in the building, which was obviously the plan.

Quintilla’s forward runs, crosses and set pieces show that he’s got plenty in his locker and even coming face to face with City old boy, Alex Pritchard didn’t faze him much, with Pritchard struggling to make too much happen all afternoon.

Kieron Dowell continues to look a classy player and that will surely only continue once the rhythm is up to full speed and, whisper it, Emi Buendia gets back in the team.

Buendia will be available next week, after suspension, to face Preston North End and that really underlines the strength in depth that City currently have. The transfer window still has three weeks to go yet, so anything could happen but on the opening day, Norwich fielded a squad that had no room for the likes of Marco Stiepermann, Mario Vrancic or Timm Klose. The bench, instead, contained fellow new boys, Jordan Hugill, Ben Gibson and Przemyslaw Placheta as well as Lukas Rupp, Alex Tettey and match winner, Adam Idah.

The squad is almost ridiculously strong, isn’t it?

Will anything give on that front? Will the Canaries actually keep all these players?

After the transfer window closes, there will be a loan window open for EFL clubs, so I imagine that we’ll see a little squad trimming go on then but even so, keeping all these players happy could be among Daniel Farke’s toughest tasks this season. Having said that, we will need numbers due to the constricted manner of the season, which is effectively the same number of games but with a month less to play them in. I think I read somewhere that there will be fourteen mid-week games in the Championship this season and that’s before cup congestion and Sky Sports get involved.

None of us will miss VAR this season but it would’ve helped with two penalty shouts here, one for handball in the area and another when Max Aarons was cleaned out.

Apparently, referee Geoff Eltringham apologised to Farke after the game about missing these two incidents. The one above is just nuts, the ref was right there too.

Anyway, the goal, when it finally came was as a result of an horrendous back-pass made by Richard Stearman. He basically put Teemu Pukki in on goal and his square ball was easily dispatched by Adam Idah for his first goal in the league.
A few minutes before, Todd Cantwell had smashed Stearman in the face with an elbow, for which he was lucky to see only a yellow card.

Perhaps Stearman was still feeling the effects when he presented a gift wrapped opportunity to Pukki?!

A first league goal in senior football for @adamidah1! 👏 pic.twitter.com/Eb4nr7lmqy

Some on social media were moaning that Pukki should’ve taken the shot himself but the angle had increased and he made absolutely the right choice. His dummy before the pass shows the boy still has the nous to know what to do.

”Form is temporary, class is permanent”

Watch the video clip again and you can also get an idea of how quick Placheta is. Rapid.

Huddersfield pressed well enough but didn’t have enough up top to threaten Norwich too often and it will be interesting to see what sort of team The Terriers are going to be this time out. Last season, they were close enough to relegation to be concerning for their fans but under new coach and Marcelo Bielsa trainee, Carlos Corberan, it remains to be seen what ambitions a team who recently spent two seasons in the top flight will have. Top scorer last season, Karlon Grant’s desire to move on looks set to leave a big hole to fill.

Overall, it was a very pleasing opening day skirmish with a victory to take home to Norfolk. We all know there is a mighty long way to go yet though and there are plenty of teams, probably more than half the league, who will fancy a chance of making the play-offs.

Next up is Alex Neil’s Preston at Carrow Road on Saturday. I’m still awaiting news from the club on how, as a Season Ticket holder, I can watch it. Something other than the dreaded iFollow app would be appreciated, guys.