As Norwich Wilt At West Ham, Is It Time For A Touch More Pragmatism? 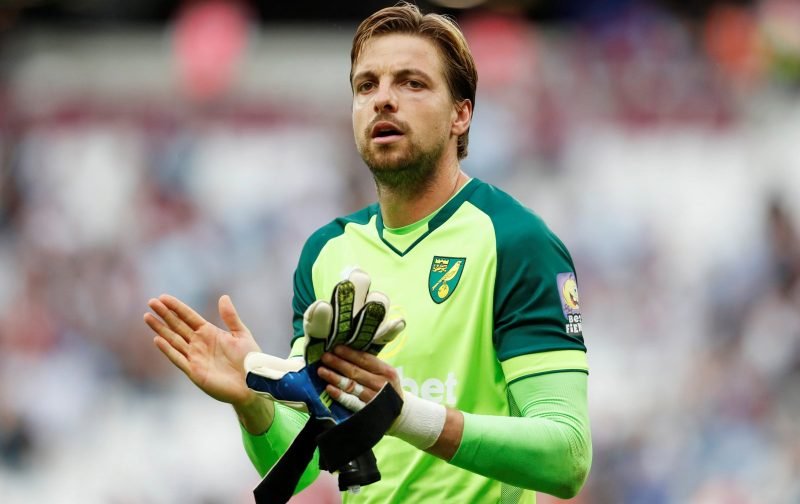 Norwich City’s  2-0 defeat at the hands of West Ham on Saturday is worrying for a number of reasons.

The first thing I should draw attention to though is the defensive crisis that the Canaries are currently in the middle of. The long-term loss of Timm Klose is a huge blow with talk of a minimum of four months recovery being required after an operation. It could of course, get even worse if an ACL tear is disclosed in the next medical scan.

It’s starting to look like the problem which dogged City’s previous two relegation seasons from the top-flight, a lack of quality at centre back, could hinder us yet again.

It remains to be seen if a combination of Godfrey, Zimmermann, Hanley and Amadou will be up to the task in the months ahead.

As I write, there’s no word on the injury status of Christoph Zimmermann, who was forced off in the first half after battling on, following a nasty challenge by Sebastien Haller.

Haller’s challenge was late and it was from behind and yet, it didn’t even see a foul given, let alone a yellow card. It was certainly a foul and should’ve been a caution.

What then followed saw Daniel Farke complaining bitterly that VAR had let his side down, as Haller converted Arthur Masuaku’s low cross just three minutes after that tackle on Zimbo.

The fact that Masuaku outpaced the struggling Zimmermann to put the cross in, wasn’t lost on anyone of a Canary persuasion.

The assertion of Jermaine Jenas on Match of the Day that it was Norwich City’s fault that Zimmermann was not replaced at the time was quite harsh, I’d say.

How many times does a player suffer after a tackle and then carry on, running off  an injury? Every single game of football played anywhere, Jermaine.

Jenas sounded like he took exception to the fact that Daniel Farke said that VAR had let Norwich City down here and yet, later on in the programme, Jenas was questioning the value of VAR in it’s current form completely.

Anyway, Zimmermann was unable to continue and replaced by Ibrahim Amadou, making his Premier League debut.

Another worrying issue for me, though, was the lack of defensive bite in front of the back four. Tom Trybull and Moritz Leitner showed against Newcastle that when they have time, they can pull all the strings and dominate a midfield. Against much better players here though, not prepared to give them that time, the German pair were themselves dominated.

West Ham was a game that I felt we could get something from but conceding the midfield, to a certain extent, was always going to prove an issue. You just can’t give players at this level, that sort of space. It was the same last week against Chelsea and I hope that Daniel Farke and his coaches will sit down over the international break to discuss a way forward because if we keep conceding like this then we’ve got no chance of staying in this league.

Farke has said many times that he will not change his ways and ideology but perhaps sometimes, a little more pragmatism is required?

The way that Daniel Farke sets the Canaries up is what has got us to this point and he knows what he is doing, much more than the likes of you or me. Perhaps the deployment of Amadou alongside either Leitner or Trybull is the answer? We haven’t seen enough of our big loan man from Sevilla to judge yet, although Farke will know how best to use him.

I nicked that quote from Tony Mowbray. He said this in an excellent interview that I read with him on The Athletic last week when he was talking about managing West Brom and his time with the club in 2009.

Mowbray’s West Brom side had won the Championship League title in 2008, playing attacking football, not dissimilar in the way that Farke’s City side won the title last season. It wasn’t as pretty on the eye and Mowbray’s side were far from the Barcelona of the Championship, however, their first thought was always to go forwards, sound familiar?

Mowbray looks back on the following 2008/09 season in the Premier League, when the Baggies were relegated, and talks about perhaps playing less expansively at times then, as he didn’t have the players required to do it every single week.  He talked about not getting the defensive targets that he wanted and he also talks about being questioned by then West Brom owner, Jeremy Peace.

Things are, of course, very different for Farke at Norwich City, where he enjoys the support of his players, the board and the fans, unwaveringly. Could he now decide though to curb his side’s attacking bias a little at times? To my mind, we are just too open at the moment.

Football is a spectator sport though and fans want to be entertained. Pep Guardiola was asked by a reporter, after watching his Manchester City side dismantle Brighton 4-0, if the Seagulls had perhaps been unwise to try to take his side on at their own game.

Pep disagreed and spoke about being a manager but also a fan who likes to see attacking football. He spoke positively about Brighton trying to attack his side because unless you create chances, you won’t win games. If not for some poor finishing, Brighton could’ve don’t better at the Etihad, although it seems unlikely they could’ve ever won the game.

Taking chances is all important at this level and Todd Cantwell will rue the headed miss he made from close range with the score at 1-0. If he sticks that one away then it could’ve been a different game.

As it was though, Tim Krul had another excellent game, making four or five terrific saves when his defence was breached all to0 regularly. Krul has risen to the challenge of Ralf Fahrmann’s arrival and I’m not hearing anyone saying that he’s not good enough now.

It could’ve and would’ve been worse if it weren’t for Krul. His one handed save from Manuel Lanzini was straight from the top drawer, an awesome save. He made a similar one against Chelsea last week, as well.

VAR actually came to City’s rescue late on when Tom Trybull clearly tripped Haller but the referee waved it away. It was certainly a clear and obvious error on the part of the referee and yet VAR ignored it. Having seen that, I have to concur with Jermaine Jenas’ question as to “What is VAR for?”

Being unbiased, if not for this then what is it for?

Next up is a two week international break, enough for Farke and his staff to catch their breath as well as keeping their fingers crossed that none of their main men suffer, whisper it, an injury.

On the resumption of Premier League hostilities, Norwich will “welcome” Guardiola’s Manchester City to Carrow Road. On the evidence of the demolition job on Brighton, as well as the Canaries’ tepid performance against West Ham, it’s a game that I’m not looking forward to.

Having said that, if you can’t motivate yourself as a player for this sort of game then you’re in the wrong business. These sorts of games are what we all wanted, to be tested against the best in the country, perhaps the world. It remains to be seen if Farke will go gung-ho as usual or if he will attempt a touch more pragmatism.

It may well depend on the players that he has available.