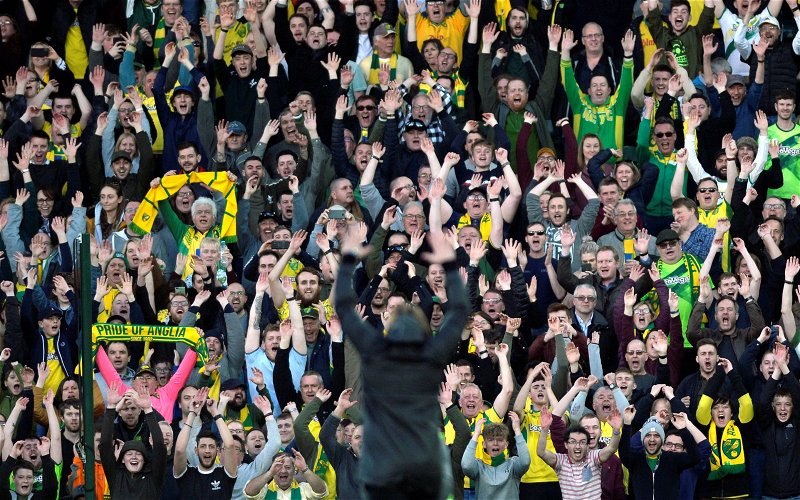 If you were at Carrow Road on Saturday evening you will have witnessed one of Norwich City’s greatest ever victories.

The 3-2 win over Pep Guardiola’s Manchester City saw the Cityzens “out fought and out thought” by Daniel Farke’s side.

It also saw Norwich City’s Head Coach stick to his footballing principles and send his men out, despite a devastating injury list, to play as they always do and play ball.

This particular set of clips from Saturday’s game shows exactly how the Canaries beat Manchester City at their own game and has achieved over five million views at time of writing.

Beating the press by sticking to our philosophy… ???????? #ncfc pic.twitter.com/16bSPQI7r1

Give it another watch and revel in what our side did to the Champions of England, the most expensive Premier League side ever put together.

While I’m talking Twitter, I noticed a clip from Sky Sports’ Monday Night Football featuring a rare thing. A pundit admitting that he was wrong about Norwich and that he intends to stop reverting to “established punditry” by calling the Canaries naive.

"It is punditry naivety, I am going to change"@GNev2 discusses how teams like Norwich are proving everybody wrong with their style of play.

To be fair to Gary Neville, he and Jamie Carragher are usually honest and intelligent with their thoughts on the game in general. I’m pleased you’ve finally come around to our way of thinking, Gary.

In other less serious news but a lot of fun, Jack@TotallyTettey has just dropped his latest video.

It does contain some written swearing, so don’t click on it if you are easily offended.