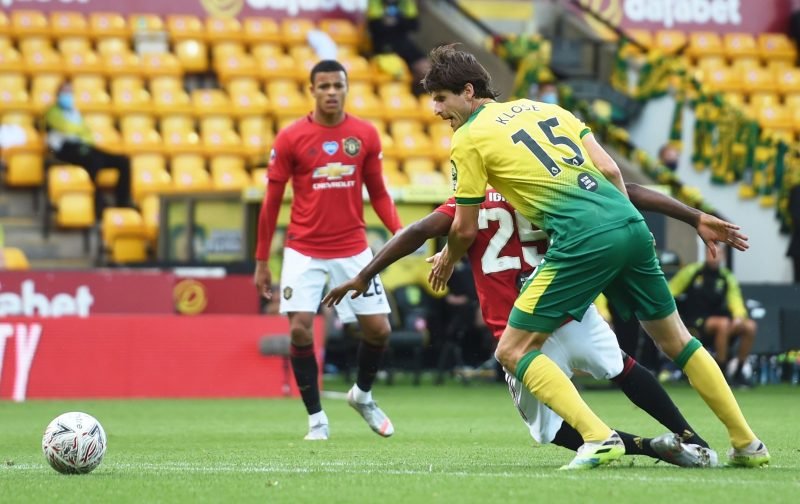 Football can be a cruel mistress sometimes but remember, there are two sides to the coin. Winners and losers and we have been on the right side of that last minute winner a few times in recent years, not so much on the wrong side. We were last night though.

First off, I have to ask where that performance came from?

It was a return of the Norwich City that we saw in spells in the early part of the season. The Norwich City that promised so much but delivered only sporadically. They were decent against Manchester United in this cup quarter-final, having been easily brushed aside in the two league games by the Red Devils.

There were more bright spots that dull ones, although Teemu Pukki’s laboured individual bow was, for me, a real cause for concern. He looked short of pace and energy and misplaced passes, not the GOAT that we have come to know at all.

Other than that though, there were some decent performances. Todd Cantwell was superb and the back four were solid with the two full-backs, especially Jamal Lewis, getting forwards to threaten and overload the wide areas. Even Lukas Rupp, so often a target for some fans, put in arguably his best performance in a Norwich shirt since he arrived in January but this time, in a more natural central position. Rupp has previously, more often than not, been used as a wide right midfielder and whilst his versatility is clearly useful, this was, I think, the first time he has started centrally.

He played behind Pukki as Farke tried another option in the number 10 position, although Rupp was not quite as offensive as say, Ondrej Duda in the “hole.” He was though, very good at tidying up things defensively and against this level of opponent, it worked very well. He also filled gaps left by Buendia and Cantwell when they moved out of position. Rupp looked much more at home in the centre and with a long, tough Championship season on the horizon, his versatility is going to become very useful, I’d say.

Before anyone shoots me down and suggests I’m praising the lad too much, it’s worth remembering that he has just moved to a new country and that alone is a big change. If you cast your minds back to Mario Vrancic’s arrival, he took almost all his first season to get to grips with the game on the pitch, never mind the changes he must’ve experienced off it. Now, fans moan like hell if he doesn’t play.

After Mario’s arrival and the way he developed, I told myself that you can’t judge a foreign player at the level that we are buying them over such a short time frame. Yes, you hope they hit the ground running, of course, but that doesn’t always happen.

Anyway, back to this performance, which was generally excellent. Almost to a man, and I’ve already mentioned Pukki’s troubles, the Canaries were up for it and gave almost as good as they got. After a nervy start, they started to get more confident against a United side that had rested eight players, leaving the likes of Martial, Rashford and Pogba on the bench. It’s a familiar tale in this league when Norwich have previously been up against the Premier League’s big guns. I vividly remember a game at Carrow Road when it was 1-1 and Chelsea brought on Samuel E’to, Willian and Eden Hazard with fifteen minutes to go and they won 3-1. We all know that’s what we’re up against.

Odion Ighalo’s instinctive close-range finish early in the second half meant that City would have to do something that they haven’t been able to manage all season, come from behind, which they finally did.

An excellent long-range strike from the Dereham Deco saw Norwich level and finish the game looking the more likely to win it, despite the inevitable Superstar arrivals from the United bench.

In the end, a poor challenge from Ben Godfrey, who was otherwise very good all game, saw the ball coming to Ighalo and a one-on-one situation with Tim Krul. Timm Klose decided that couldn’t happen and did that centre-back thing where they know they’ve been done and they sort of grapple with the forward before bringing them down and having to protest their innocence to an unsympathetic referee. Klose was shown a straight red card and will miss the Arsenal game.

United’s free-kick from the edge of the City area struck the wall and we were into extra-time. Klose clearly took one for the team.

We all know how it ended but the most frustrating thing for me is how well City pressed and counter attacked throughout the first 90 minutes. Why can’t they be that good every week? If they were then I don’t think we’d be anywhere near the bottom three in the league table. 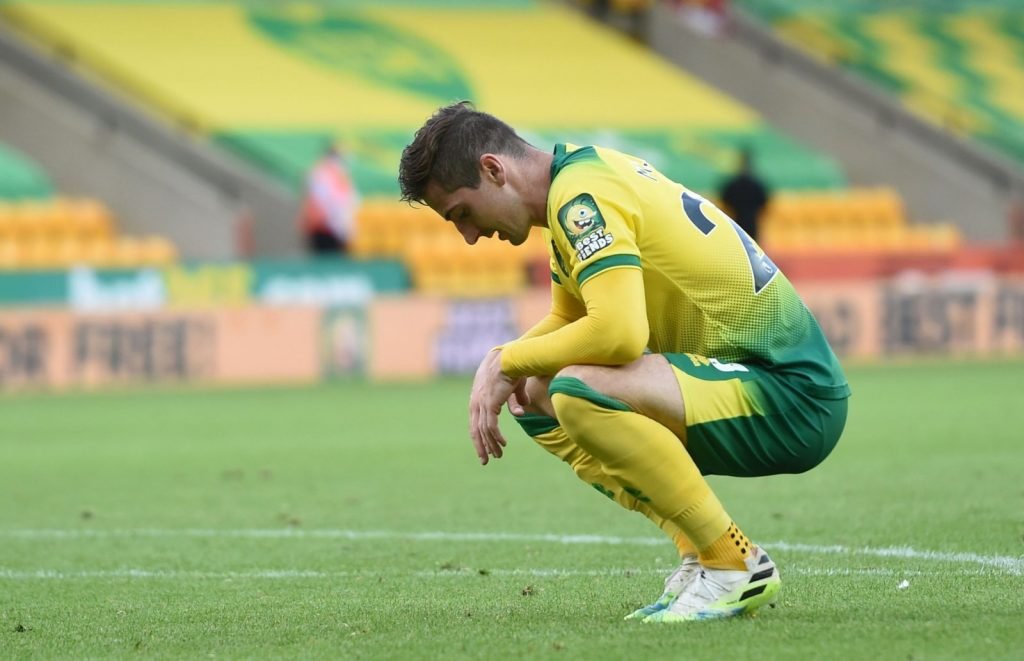 The reason that Sheffield United have had such a successful season is that they do what they’re good at virtually every week. Chris Wilder has managed to get regular 9/10 performances from his players, many of whom were with him in League One and have made the rise up the table with the club. Sound familiar? I am aware that they also spent a few quid, as well.

For whatever reason, Norwich have struggled to get a consistent tune out of their players. Performances have gone from brilliant against Newcastle and Manchester City to rubbish in the following games against Crystal Palace and Burnley.

What we saw against United was much closer to how Norwich played last season and the Farkeball that we all fell in love with. Farke will have to pick a team to face Arsenal on Wednesday night without Klose and possibly Cantwell (abductor – not sure if arm or leg) and Rupp (hip). Which doesn’t bode well.

If Norwich can finish the season like they played against United then they will at least go down with a flourish. What I hope we don’t see is a desperate run of losses with perhaps the odd draw in our final nine games. At least if there are a few wins on the board then it might give those involved a bit of heart for next season, which seems likely to be starting with a fairly short break.

Would we have won the game if there was a big crowd, roaring us on on a balmy summer evening? Who knows? Wouldn’t have hurt though, would it?!

I should say as well that Tim Krul was superb. He had a brilliant game and is really the only contender for this season’s Barry Butler Memorial Trophy. Definitely man of the match, Mr Jenas.

Sums it up though, doesn’t it?  Could’ve, would’ve, should’ve…