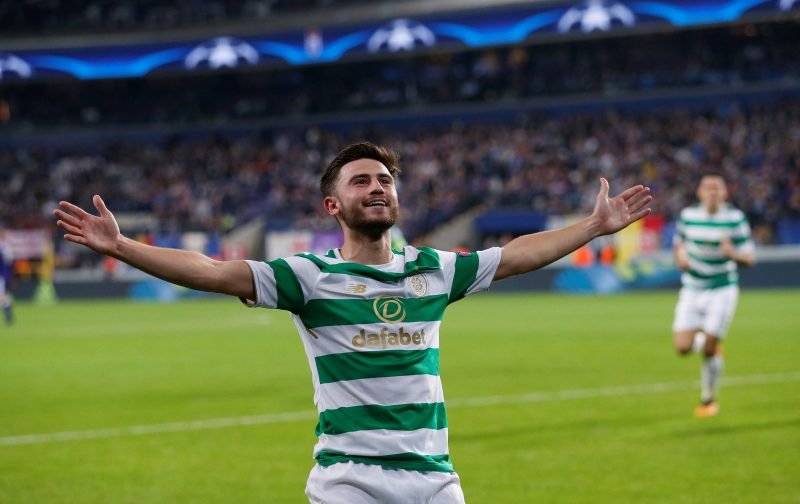 Norwich City have made their first signing of the summer, having signed Patrick Roberts from Manchester City on a season-long loan.

Say hello to our first new face of the summer! ☀️

The 22-year-old has been signed nice and early, meaning that he will be available to join up with his new teammates right from the start of pre-season, something that the Canaries haven’t always been good at sorting out under previous regimes.

Roberts joined Manchester City in 2015 for a fee reported at the time to be £12m from Fulham, having been a product of the Cottagers’ academy. He has suffered from the number of quality players ahead of him in the Citizens’ squad pecking order and has only made one solitary league appearance and two more in the League Cup before being loaned out to Celtic in January 2016 for two and a half seasons.

He won the SPL title with Celtic three times, which isn’t too hard these days, but it’s fair to say that he was a big hit in Glasgow with the hoops.

He made 55 appearances for Celtic, scoring 18 goals before spending the 2018/19 season on loan in La Liga with Girona, who are Manchester City’s Spanish partner club.

This loan wasn’t anywhere near so successful though and he made just 19 league appearances, mostly as a substitute and ending up with no goals.

There’s no doubt in my mind that there is a very good player inside Roberts that is just itching for a chance and a stage to perform on. It seems that Manchester City were very pleased and generally impressed with the way that Norwich handled the season-long loan of Angus Gunn in 2017/18 and trust Daniel Farke to continue their player’s development.

A mate of mine is a Fulham fan and still speaks glowingly about Roberts, although the lad would surely have played a lot more in England had he stayed at Fulham. With Raheem Sterling, Leroy Sane, Riyad Mahrez and Bernardo Silva ahead of him at The Etihad, a fresh opportunity to prove himself, in the Premier League this time, should be all the motivation that he needs.