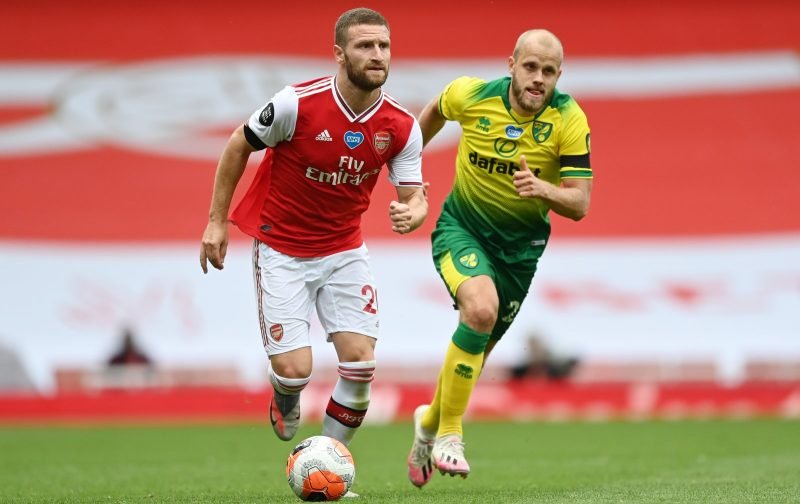 If it wasn’t over already, it surely is now. Wednesday evening saw Norwich comprehensively beaten by an Arsenal side which showed a level of ruthlessness rarely seen from their opposite numbers this season. It was the Gunners’ third straight win since being beaten by Manchester City on the opening day of the Premier League’s return and by contrast, it was the Canaries’ fourth straight defeat.

Having lost their first two league games, Norwich showed plenty of heart and deserved more against Manchester United in the cup. A performance that offered hope and we all know that it’s the hope that kills you.

With only one available senior centre-back (yet again), the dependable Alex Tettey partnered Ben Godfrey at the back and to be fair, he did well enough. He didn’t let anyone down and I’m beginning to think that he is best placed to be runner-up to Tim Krul for the Player of the Season award. Having talked Krul up though, it was his mistake that led to the opener.

Krul dwelled on the ball for a clearance and it was charged down by Aubameyang, and the Arsenal striker then had the simple task of putting the ball into an empty net for his 50th goal since joining the club. 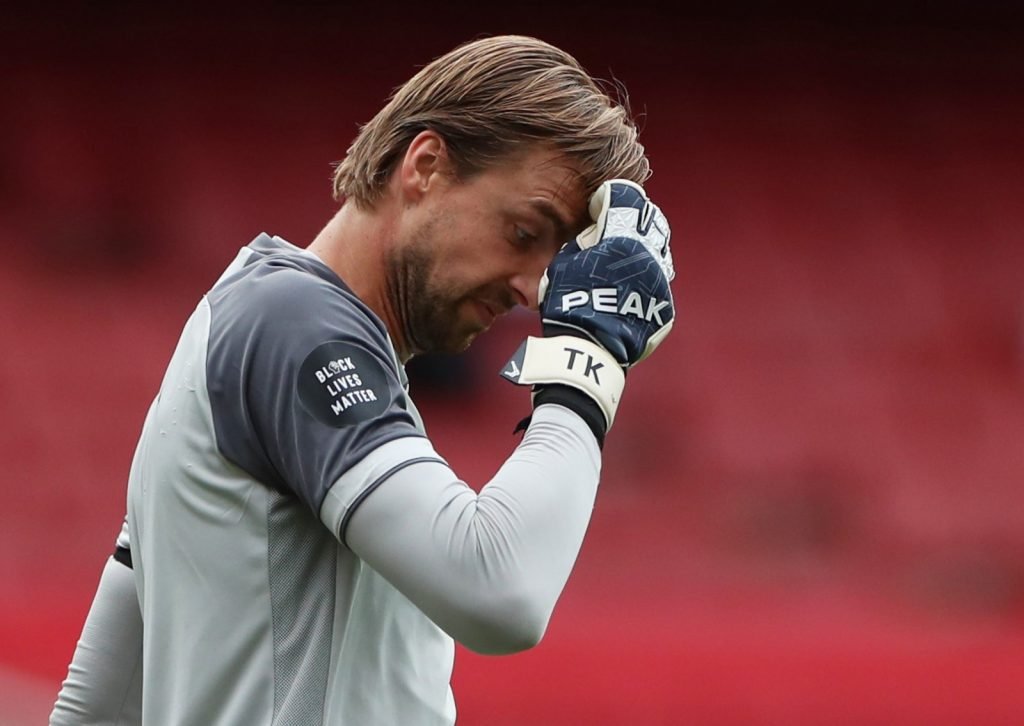 After an excellent move, Arsenal were 2-0 ahead just four minutes later when Granit Xhaka fired a low left-foot strike under Krul at his near post but it could’ve been different if Ben Godfrey’s 30-yard-screamer had gone in, rather than clipping the post before Aubameyang had scored.

Kenny McLean tested Martinez in the Gunners’ goal with a free-kick just before the break but that was as good as it got for a poor looking Norwich who struggled to get anywhere near the home side at times.

The break saw changes as Farke desperately tried to change it with Tom Trybull, Emi Buendia and Teemu Pukki all getting the hook at the half-time. In their place came Onel Hernandez, Josip Drmic and Adam Idah. At least the Head Coach went for it.

Idah tested Martinez with a decent effort moments after the re-start and City looked a lot better until yet another gift was presented to Aubameyang, this time by Josip Drmic.

The Swiss striker took a throw and inexplicably it went inside Ben Godfrey and straight to Aubameyang who tucked away his second of the game. It was now firmly game over and substitute, Cedric Soares confirmed an awful day out in London for the Canaries when he made his Arsenal debut late on. He scored from just outside the area after some poor defensive work, aided by a little deflection. 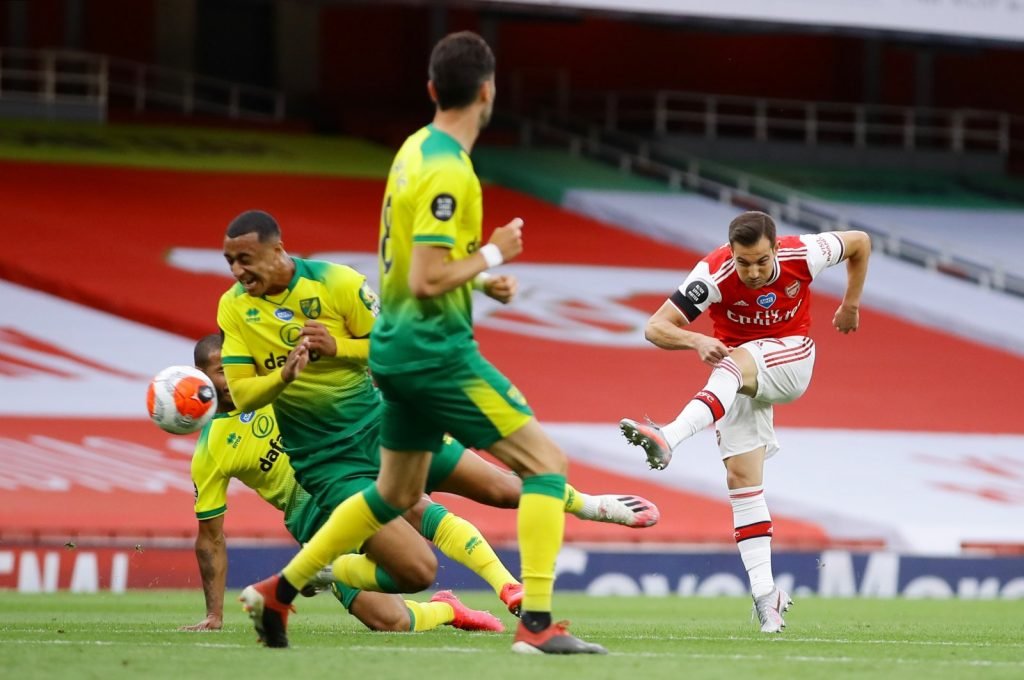 After the game, Farke said we lacked the quality and he’s not wrong, is he?

The form of Teemu Pukki appears to have fallen off a cliff and as he was our only real goal-scoring threat, we’ve been in trouble ever since he got injured at Leicester in December. He hasn’t looked the same player since. 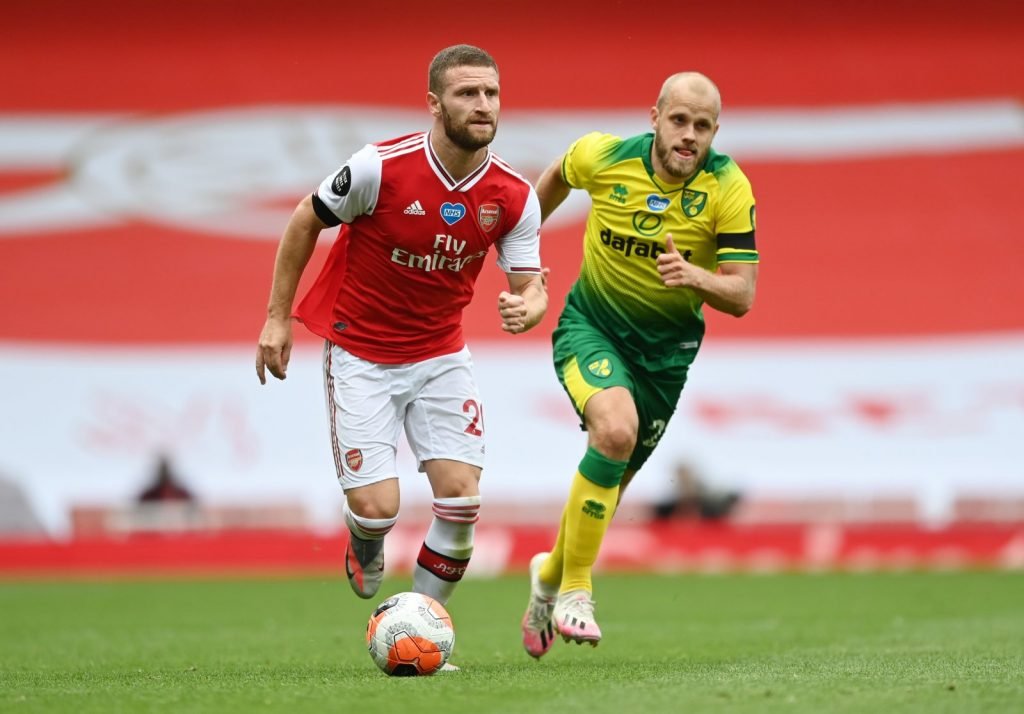 The one bright spot in all this was Adam Idah, who had the whole of the second half to get some game time and he looked a handful. He is strong, quick and can shoot. Surely his star is only going to shine brighter next season?

Talking of next season, that is basically all there is to look forward to now. There are six games to go and we need to win five of them, As many wins as we have managed all season. I’m sure the boys won’t give-up yet and the coach won’t allow it but after a defeat like this, the fat lady is starting to warble.

Next season is predicted to start in September with the Canaries hoping to hang on to the majority of their young stars. There is talk that Jamal Lewis is still wanted by Crystal Palace and that Max Aarons still attracts admirers in North London. The fact that Sam McCallum and Sam Byram are in the house would ease the loss of those two lads and could be enough to stop any further sales. Emi Buendia continues to be linked, albeit tenuously and not by any real confirmed links, to Leeds United and on the basis of this season, it just hasn’t happened for him in the Premier League with Norwich.

Other than that, I think it’s going to have to be very big money offers to see City part with any others, with Todd Cantwell perhaps being the top of the list now in terms of City talent.

Chin up. We go again.

One Reply to “Pukki’s Form Falls Off A Cliff, Idah Looks A Handful and Tettey Let No-One Down – Arsenal 4-0 Norwich”