Sometimes It’s Hard To Be A Norwich Fan 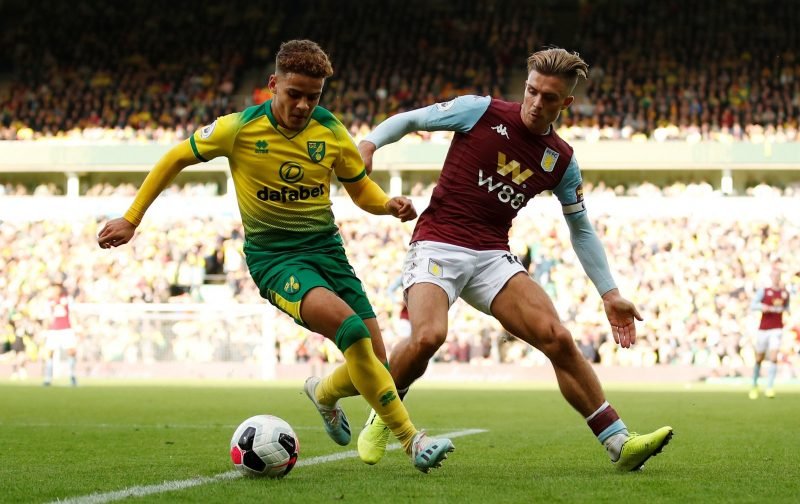 Sometimes, it’s hard to be a football fan and sometimes it’s an absolute joy.

The last time that Norwich City faced Aston Villa it was the latter, today though it was the former.

If I had to sum up the game in just a sentence, I’d say that it was a tale of two defences, one organised and the other just the opposite.

Before the game I think most of us had decided that if this wasn’t a must win game then it was certainly a must not lose and yet we’ve ended up not only losing but being hammered embarrassingly, by a fellow promoted team.

There are of course, mitigating circumstances in the form of the horrendous injury roll -call, having to play a midfielder at centre-back and all that, but even so, the last three games, which we have never looked like winning any of them, have provided no points and nine goals conceded.

Following on from that incredible win against Manchester City, this game against Villa felt like the polar opposite to that joyous evening.

Ironically, it was the player that had caused the most concern on social media during the week that came away with the most credit. Michael McGovern had no chance with any of the goals and saved a penalty along the way, effectively keeping us in the game at the break.

The damage was pretty much self-inflicted, although Villa were organised and determined. They took their chances when they came and stuck to their task all afternoon, particularly their defence who gave the City forwards precious little in the way of chances. They scored some great goals too, the three in the second half were very good and the two long range efforts were brilliantly executed. Whether they should’ve had that much space or time is a moot point though.

By contrast, the Canaries’ defence was all at sea. They were picked apart time and again and embarrassed by the Villains’ third goal completely. Having said that, the ball was given away cheaply about 40 yards away by Emi Buendia and neither the midfield or defence were able to snuff out the danger.

None of the four defenders came out of it with much credit apart from, perhaps, Jamal Lewis who looked good going forwards and caused Tom Heaton his most concerning moment of the game with a curling right footed shot that Heaton got down well to beat away. That said, he was as poor defensively as the other three.

Villa striker, Wesley had the measure of Ibrahim Amadou throughout as he won the ball and held it up, time and time again. Amadou was simply out-muscled by a player that looks to be a shrewd acquisition by Dean Smith. Having brought it under control he was allowed to turn and fire home from six yards to open the scoring and a deft touch brought him a second from close range. Only that McGovern penalty save denied him a hat-trick.

I get that Amadou is a midfielder by trade and not a central defender but ever since that giant performance against Man City, he has looked decidedly ropey in the games that have followed. You would think he ought to be able to pick a pass, considering his preferred role, but even that skill seems to have deserted him at the moment as he gave the ball away several times, one of those times leading to a goal.

In front of the back four were Kenny McLean and Moritz Leitner and both were unable to affect the game in any meaningful way.

Neither are defensive midfielders but they are the squad’s only fit central midfielders, so needs must. I wrote in the week that Leitner looks at his best when he has a ball winner alongside him, a Trybull or a Tettey biting into tackles and then giving him the ball to prompt attacks. Without that though, he looks lightweight and weak. He was shrugged off the ball more often than not when battling with Marvellous Nakamba (great name) and he was as poor as I can remember seeing him.

Up top, City did have their chances, with Marco Stiepermann having five decent opportunities which he failed to convert. If they go in then it’s a different game, the old adage of you have to take your chances was never truer than today.

I’m conscious that this is all very negative but there is very little I can be positive about.

My biggest criticism goes to our Head Coach though and the way that he seemingly allowed this to all occur without much in the way of efforts to change it.

Having gone 3-0 down with only 50 minutes showing on the clock, I expected a response from the bench. After all, it clearly wasn’t working and with that score-line surely we then needed to change it up.

I know his options, in terms of personnel, were limited but last season, when we were losing, a change of formation often followed, usually going three at the back.

A change of players? The first substitute wasn’t made until 76 minutes with the score sitting at 4-0 and the game gone.

Why wait so long?

I struggle to see why he wasn’t more proactive in trying to get back into the game at 3-0 down. I mean, we ended up shipping five goals anyway, so why not at least try something different?

I’m not a football coach and have nowhere near the level of knowledge about the game that Farke has, nor do I know the squad as he does. He’s brought us this far successfully, so he still has plenty of stock left in the bank but the decision making did baffle me somewhat.

We now face an international break that promises to be a long one for everyone of a Canary persuasion. The fact that we have to go to Bournemouth in our next match is hardly a cause for optimism either.

The break will give a few of those players nearing full fitness a chance to move closer to a return. Onel Hernandez is one of those and with two weeks of fitness work, having just returned to training, he might be available sooner rather than later.

Hopefully Tom Trybull and Alex Tettey will also not be far behind because we desperately need a shield in front of the defence as it looks like Amadou will have to carry on at centre back for a while yet.

The break will also give Daniel and his coaches the chance to take stock of the first couple of months of the season while keeping their fingers crossed that nobody else gets injured on international duty.

I think we all knew that there would be tough days in the Premier League like losing 4-1 at Anfield but losing 5-1 at home to Aston Villa is not a scenario that I envisaged. Heads seemed to drop and we made Villa look like Barcelona, which they are far from being (no offence lads).

This was simply not good enough, oh and why not give Patrick Roberts a start? He looked very sharp in the fifteen odd  minutes he was given.