Striker Leaves Norwich For The Bundesliga – Farewell To An Icon 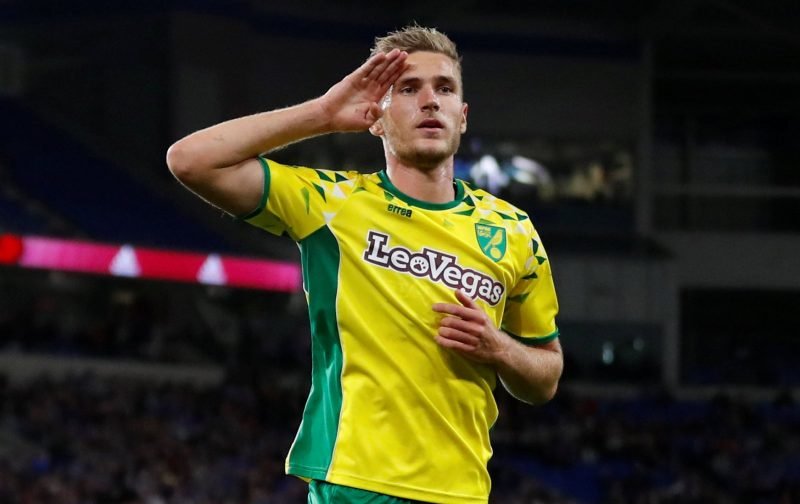 Dennis Srbeny has left Norwich City and rejoined his former club, SC Paderborn 07 on a permanent deal the two clubs have announced.

The German striker joined the Canaries two years ago, having been plucked from the third tier of German football, where Paderborn were then playing. Since joining Norwich for a reported £1m fee, he has struggled for game time, having made 43 appearances in total but only 8 of those have come this season, adding up to a total of 39 minutes playing time.

This might be a little cruel but he became more famous for his ICON baseball cap than for his playing exploits, while at Norwich.

He, of course, had to play second fiddle to Teemu Pukki as did Jordan Rhodes last season and the arrival of Josip Drmic hasn’t helped his cause. Neither, I suspect, has the emergence of Adam Idah done much to help his long-term prospects.

Srbeny did however score in the Premier League with a late second goal for the Canaries in their 2-0 win over Everton at Goodison Park before Christmas.

The 25-year-old returns to Paderborn with his former club now in the Bundesliga and in the middle of their winter break. He seems likely to go straight into the squad to face Bauer Leverkusen when the break finishes. With Paderborn currently propping up the league, they could do with some goals out of Dennis.

Does this mean that Idah is staying in Norfolk, rather than going out on loan to the EFL or does it mean that Norwich intend to sign a replacement for Dennis in this transfer window?