A “Disaster”, Poor Old Glenn And Are There Three Worse Teams Than Norwich? 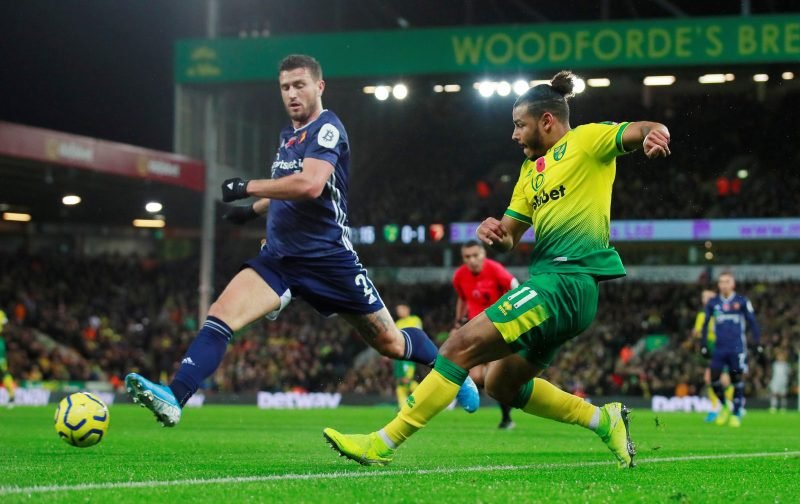 Are there three teams worse than Norwich City?

That’s the question running through my head as I leave a cold, rainy Carrow Road, having just watched my team get rolled over 2-0 by Watford. Before kick-off, they hadn’t won a game all season – a real “along come Norwich” prospect if ever I saw one.

That is, of course, exactly how it turned out. The fact that Watford only had ten men for the final 25 minutes of the game made it even more deflating as I trudged out. A mate of mine, Glenn, who lives in Australia had flown over on a whistle stop business trip and he and his brother Paul, had managed to get tickets for the game. I saw them briefly before and after the game and could only apologise at the end.  “That was rubbish”, Glenn summarised.

Where do you start with what we witnessed on the pitch on Friday night?

Watford hadn’t won a game all season and Norwich had lost five of their last six – make that six of their last seven now. Emi Buendia’s concession of the ball in his own half to Gerard Deulofeo, with around sixty seconds on the clock, allowed the former Barcelona winger to burst forward and drive into the box before stroking the ball past Tim Krul. It was football suicide.

1:17 seconds was the recorded goal time. An early goal that was described by Herr Farke as a “disaster” in his post-match comments.

It took City at least another ten minutes to get back into the game properly, having been rocked back on their heels. Much of what then followed was promising with Onel Hernandez a constant thorn in the side of the Hornets’ defence. With the amount of chances created, City should’ve been at least level by the break but went in 0-1 down. A combination of poor decision making, mis-placed passes and poor finishing made sure of that.

As ever in these situations, the second goal in such a game is always crucial and naturally, it went to Watford, effectively finishing the game in the 52nd minute.

Deulofeo broke away on the left and dinked a cross into Andre Gray, who jumped with Jamal Lewis and somehow managed to back-heel the ball into the corner of Tim Krul’s net. If he actually meant it, then it was a heck of a goal. Only Andre knows for certain if his skill locker is equivalent to Ronaldinho’s though.

Jamal Lewis looked all at sea for much of the game and has become incredibly frustrating when he’s going forward. Last season, both he and Max Arrons on the opposite flank were bursting forward, taking people on and getting crosses into the box. Now though, only Max is doing that.

Jamal looks nervous and lacking in confidence. I lost count of the number of times that he either stopped and turned back on himself, looking for a pass to Godfrey or Tettey or was just too slow in moving the ball. I don’t like to single individual players out but he had a poor game. The caveat to that is that he is still very young and, just like several others, he is not only learning about the Premier League but he’s still learning the game. Remember that he doesn’t even have two full seasons worth of league football behind him yet. Learning on the job is not ideal but it’s something that Godfrey, Aarons, Buendia and Cantwell are also having to do. To that end, you have to cut them some slack but there’s no disguising the fact that this Canary side is crying out for some experience.

Before the game, I’d suggested that I’d like to see Josip Drmic play with Pukki and that’s what we got when Farke made a double substitution as he replaced Buendia and Stiepermann on 62 minutes with Drmic and Todd Cantwell.

Drmic looked lively and hungry to get back in the game and it was his chasing down of the ball that saw Christian Kabasele shove him into the advertising hoardings for a needless second yellow card.

With 25 minutes still left to play, there was a chance but all Watford did was retreat to the edge of their area and look to protect their two goal lead, as you would. They managed that very well with only long-range efforts from Lewis and McLean troubling Ben Foster in the Watford goal.

To add injury to insult, Drmic pulled up with about eight minutes to go, having chased down a Watford defender who was trying to mount a counter-attack. He was left holding his hamstring and hobbled through the rest of the game as all three subs had been made. Mario Vrancic making a welcome return for Lewis on 81 minutes. That effectively made it 10 v 10.

This is all very depressing stuff and we go into the international break on a wretched run of relegation form. A win for Villa and Everton this weekend would see Norwich 7 points adrift at the bottom of the table with a much worse goal difference (I’m being kind there).

Are There Three Worse Teams Than Norwich? 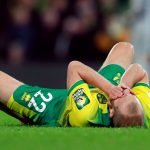 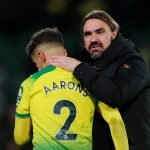 At the moment, I’m afraid that this season is only going one way and that is towards relegation. I was on of those that felt that our squad from last season could compete at this level and it didn’t concern me too much in the summer that we hadn’t spent any money. Now though, it turns out that the likes of Andy Goldstein, Mark Lawrenson and Adrian Durham were probably right, even without doing any research on Norwich City…