Does Norwich City’s Season Rest On Zimmermann And Hanley? 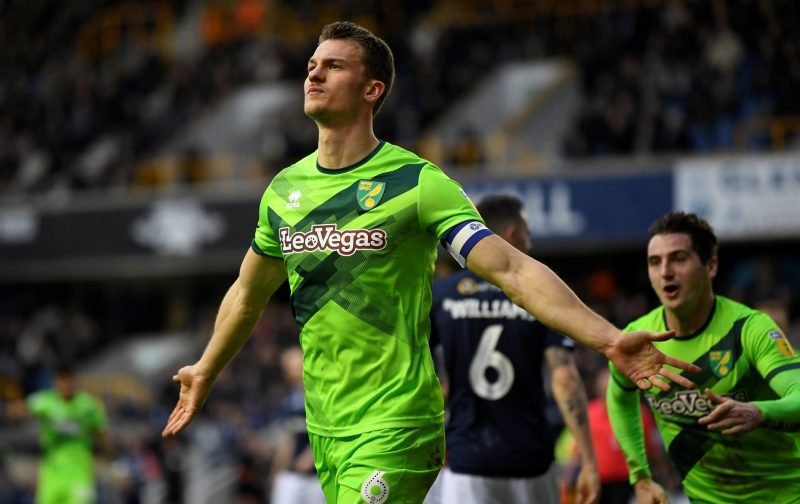 Subtitle: From Despair To Where?

I’ve been writing this blog for a long time now. City had just been promoted back to the Championship under Paul Lambert when I started writing for Vital Norwich and in that time, I think it’s fair to say, there have been a few ups and downs.

The latest set of results have been pretty dire, with my beloved Canaries seemingly unable to get an even break as the relentless Premier League has rolled over us five times in a row and nine times out of opening twelve games of the season.

The subtitle for this article is one that I’ve used before, back in the dark days of Chris Hughton’s second season at Carrow Road. I still vividly remember clap banners raining down on him and the bench after City had lost 0-1 to West Brom and one bouncing off his head, that was his last game in charge. Dark days, as City’s attempts to become a settled, established Premier League side came undone, again.

The current regime and coaching staff are amongst the best we have ever had at the club in my time of watching the glorious Canaries. A lot of the recent success has to go down to Stuart Webber, of course, because it’s his football decisions that have brought us back to the top flight.

His head coach, Daniel Farke deserves the plaudits too, for managing and coaching a squad that was assembled on a shoestring and has been punching above it’s weight for over a year now.

However, the birds are coming home to roost and it’s looking as though the challenge of the Premier League, that we all knew would be tough, is potentially insurmountable.

Farke has likened winning last season’s Championship title akin to climbing Everest and he’s described this season’s challenge as doing it all over again but without tools.

He’s not wrong is he?

I’ve watched the majority of City’s games this season, either live or on a dodgy stream, the exception being West Ham when I was on a plane flying home from holiday and struggling to pick up the plane’s wi-fi, along with my son, who eventually managed it before I did and broke the news of a 2-0 defeat.

Those opening weeks, with the drubbing of Newcastle, a narrow defeat to Chelsea and then that incredible win over Manchester City seem a very long time ago now and our performances now seem to have dropped off the face of the cliff.

I always knew we would be weak at the back, even without the injuries we’ve had. Talking of which, imagine how Liverpool would cope losing Van Dijk, Matip and Lovren all at the same time. Is that the only excuse that we can offer though, when we’re all trying to defend our team against the barbs of work colleagues who support United and Liverpool etc?

It’s certainly a decent excuse but is it really fair to assume that success this season rests on the admittedly broad shoulders of Christoph Zimmermann and Grant Hanley?

Even if every centre back had remained fit, I think we’d still be leaky at the back. Hanley is the most experienced Premier League central defender that we have, due to his time at Blackburn Rovers with Timm Klose having about a quarter of a season of experience in the top-flight and yet, Grant Hanley wasn’t deemed up to the task at Newcastle by Rafa Benitez.

There’s seemingly a thought process amongst some fans that players in a struggling team get better when they’re not playing. I’ve seen it plenty of times over the years at Norwich when we’ve been struggling on the field and been deprived of one or two players through either injury or a manager’s thought process.

What tends to happen is that the player’s abilities seem to increase tenfold in the treatment room, to the point that they are seen as the saviour of a season when they finally return/get given an opportunity – at least in the minds of some.

I get it, I really do. I’m hoping that the return of Zimmermann in particular will be enough to give us a bit more solidity at the back and allow Ibrahim Amadou to be tried in his natural position of defensive midfield. So far, we’ve only seen Amadou as a makeshift centre back and circumstances haven’t allowed us to see if he is an all action ball winner with an eye for a pass and the defensive shield that we’ve been crying out for.

That’s my heart talking there but in my head I’m balancing it out with the fact that I don’t think Hanley is going to be good enough and that leaves it all down to Zimmermann. The big German was outstanding at times last season but we mustn’t forget that he’s played just 36 minutes of Premier League football (at West Ham).

He adapted brilliantly from the fourth tier of German football to the English second tier and we’re going to need him to step up again. The word is that he should be available to play from Everton onwards but is he going to be match fit enough to start at Goodison alongside Ben Godfrey?

Zimbo didn’t have much pre-season, so he’s surely going to be a little empty in the tank, which is another reason not to expect too much too soon, just like Mario Vrancic. Neither man will be match sharp either.

When he is fully match fit and playing regularly, I’m sure we’ll be better defensively but will it be enough? Our young trio of defenders, Jamal Lewis, Max Aarons and Godfrey are basically learning on the job and it’s clearly not easy. Jamal is coming up to two full seasons of league football, while Max is still some way off having eighteen months of league experience under his belt.

We have to remember that these lads are very young and far from the finished article yet but they are hungry and they want to succeed, that’s a big part of the reason that they are where they are now.

The season is nowhere near decided yet but a change is needed from Farke because he cannot keep playing the same team and watching us lose. Whether it be a change of formation or players, he needs to mix it up.

Will Zimmermann & Hanley Save The Season? 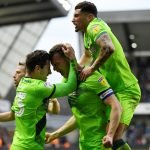 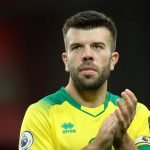 When I saw that he’d picked the same team to face Watford, that had failed to register a single shot on target at Brighton, I was worried. We’re too predictable currently and individual errors have cost us recently, most notably Emi Buendia’s attempt to trick Gerard Deulofeu in the first minute on Friday night.

That was described as a disaster by Farke.

So, the return of Zimmermann and Hanley can’t come soon enough but, don’t get too high about that prospect because as we know with Norwich City, it’s the hope that kills you.