Amadou Do Do, Re-Starting The Pukki Party And You’ve Been Kruled! 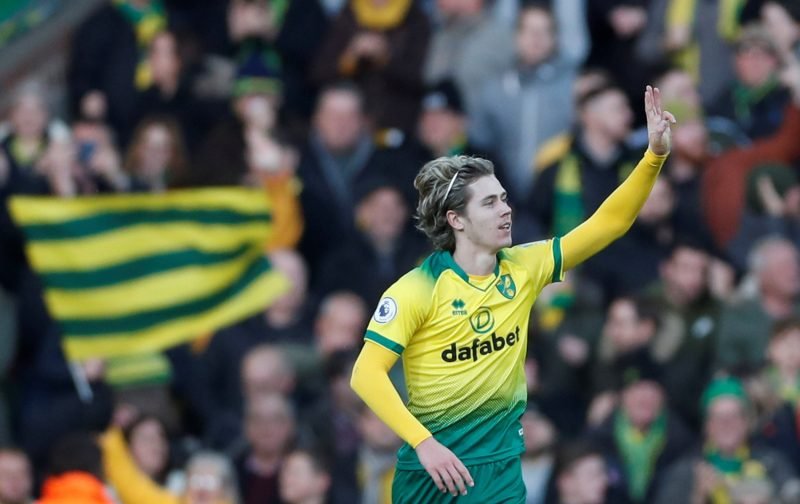 Norwich City are starting to look like their old selves, don’t you think?

A point from a pulsating game against Arsenal would’ve seen most home  supporters grab it with glee, had it been offered before kick-off but in the end, it almost feels like two points dropped.

That said, there were excellent performances all over the pitch and the new found solidity that comes with two fully fit central defenders was evident again.

With Alex Tettey ruled out for personal reasons, Daniel Farke turned to Ibrahim Amadou in defensive midfield, the first time that he has been able to hand the Sevilla loanee an opportunity to play in his preferred role. If this season is a success and both clubs are in agreement, a £10m deal is in place for the Canaries to sign Amadou permanently next summer.

On this evidence, it’s looking promising in terms of the player’s contribution. I say that because I imagine signing the big Frenchman would be off the table were City to be relegated. Looking on the bright side though, it’s only December and there is a long way to go yet.

Amadou was assured in possession for the most part, one slightly dodgy back pass aside, and he harried and broke up play as I hoped he would. He does need to work on his shooting though but he gets top marks for that last minute of time added on, goal saving block.

Another player who has had to wait for a chance is Sam Byram, signed in the summer for £750k from West Ham. The former Leeds youngster had previously only filled in for Max Aarons on a couple of occasions, playing brilliantly in the 3-2 win over Manchester City. Injury to Jamal Lewis saw him play at Everton and pleasingly, he kept his place at left-back against Arsenal.

In recent weeks, Lewis has looked lacklustre to me. A reluctance to take players on in the attacking third has hampered the left side of City’s attack in complete contrast to Aarons on the opposite flank. Against Manchester United when he was up against Wan Bissaka, it looked as though he just thought I can’t beat him, so I better turn back on myself.

A knock picked up on international duty saw him sit out the win at Goodison Park and give Byram a chance to show what he can do. Against Arsenal, he was again very good and I’d be amazed if Byram is dropped anytime soon if he keeps playing like this.

Further forwards, Todd Cantwell continues to keep Emi Buendia out of the side and he scored for the second week in a row here. His back tracking and intelligence with and without the ball are something that the Argentinian magician would do well to watch and try to emulate. That may sound harsh but  I think it’s the final piece in Emi’s make-up as a player and is surely just a decision making thing. If he can get to grips with that then he’ll be back sooner rather than later.

The Dereham Deco, that’s Todd but the way, stroked home a terrific goal just before halftime and could’ve won the game late on with an effort that went just inches wide.

Onel Hernandez was clearly a huge miss in the season’s opening three months because, let’s face it, he is the only genuine pace threat that we have in the forward positions. Teemu Pukki isn’t slow, in fact he’s deceptively a lot quicker than he looks but it’s Argos loving Onel who terrifies opposition defences with his directness and speed.

He is making things happen and it’s no coincidence that the moving of Kenny McLean to support Pukki is part of that. Against Arsenal, McLean passed to Hernandez more than he did to any other player (seven) with Pukki, Aarons and Byram (five) all benefiting from the Scot’s passing range. He also had three shots at Bernd Leno’s goal all of which were on target with that late, brilliant save by Leno denying McLean a goal.

💬 “Arsenal’s team-sheet is unbelievable and has world class players. We need to take confidence from more than matching that.”

It was McLean’s through-ball in the first-half that found Pukki, whose excellent movement created the opportunity by the way, and allowed the Finn a shooting chance from the edge of the area. Even via a deflection, it’s nice to re-start the Pukki Party.

When you consider just how well McLean played against Everton and that he gives us an aerial option as well, I was staggered to see the Talk Norwich City lads’ pre-game potential line-ups.

It’s time for the lineups! 🏟@JackReeveTNC & @ChrisReevo have selected their #NCFC sides to face Arsenal 🔰

Both had McLean alongside Trybull in a defensive midfield role in order to squeeze Buendia back into the side. At the moment fellas, trust in Farke because he knows exactly what he’s doing.

Finally, the player that is surely streets ahead in most people’s minds at the moment for the Barry Butler Memorial Trophy had another blindingly good game.

Tim Krul was denied a third penalty save in a row due to an encroachment ruling by VAR but even so, he has visibly grown since last season, along with a return to the top flight.

The way that he intimidates opposition penalty takers is quite something to behold, gesturing at them and even pointing as to where Aubameyang should put his spot-kick. The referee didn’t like it though and he booked Tim ahead of the first penalty take.

It does seem to work though, putting aside the re-taken penalty, with Rashford and Martial also having been Kruled!

Despite his protestations, Christoph Zimmermann shouldn’t have been appealing for a push by putting his arm up in the air, letting the ball hit it. It meant his arm was in an unnatural position and made awarding the penalty very easy. It was a little naive and something I’m sure he’ll want to forget.

On the whole, though, this was a very encouraging performance and it looks like City are getting back to how they were playing before the nightmare defensive injury crisis of the opening months of the season. 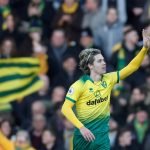 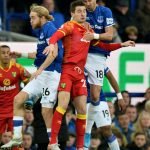 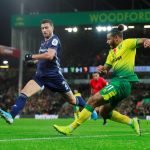 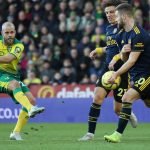 Next up is Southampton away on Wednesday night, a game that is being streamed live on Amazon Prime, if you have that particular package.