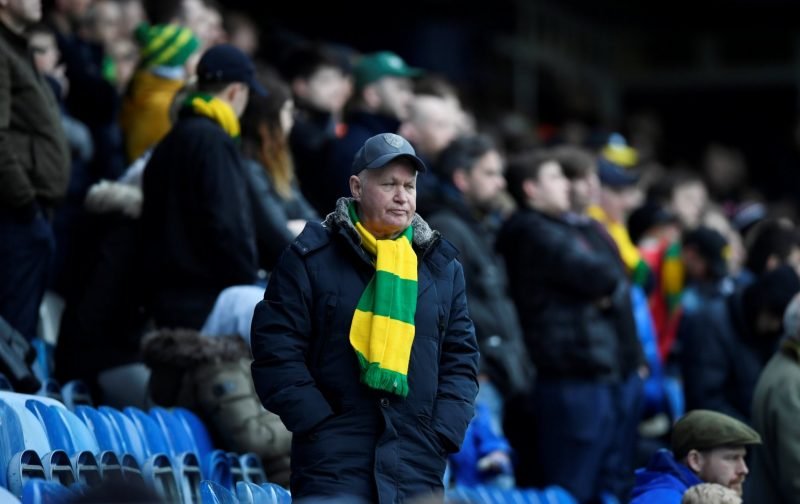 Here’s something a little different but very good from one of our own, Nathan_NCFC who was at St. Andrews on Saturday. This account of his day out was published in our forum.

Just back from the game. Head is still buzzing after that one. We were the better team by a long way in terms of football but our issue was at times we went sideways and backwards a little TOO much and we would eventually we would hit a pass without enough power and let them right in. They could have scored 1 or 2 just from us doing that – nothing that they actually worked for themselves, which is concerning.

Surprised to read the negative comments regarding Hanley today (I presume Radio Norfolk had said that) really strange as I thought Hanley had a blinder. He was all over the shop in terms of position but that’s because he was drawn out of it so often as others were just not there.

He cleaned up nearly everything that came near him and saved us a few times. The only bad decision was his running all the way back as he could have given a penalty away, but I suppose if he didn’t their player would have been 1 on 1 anyway so what do you do???

Husband was the problem today, he was just AWFUL. I’d have had Whittaker back in a heartbeat at times in that first half. He just didn’t do anything, literally nothing except give the ball away or lose possession. Liability. Well done DF taking him off on 64 mins or so, totally changed us for the better.

On another day we could have scored 5 today, Rhodes should have had 2, Hernandez, a hat-trick. Honestly, guys, Brum’s only real chances today, and even where their goals came from, were mistakes by us, not great play from them.

We have a young squad and many new faces again. I’m hopeful things will progress as the season goes on. McLean was very impressive, looked like he has years of champ experience under his belt already. Leitner seemed to grow into the game and the better we did, the better he became – definitely. He needs confidence for us to see the best of him.

All in all, a brilliant day out and a great away day. A few negatives but they’re things that can be worked on. Many positives in my opinion. Keep the faith guys.

Nathan is a contributor to the Vital Norwich Forum

Get involved by clicking the link.