Could Jamal Lewis Be On His Way To Liverpool In Swap Deal? 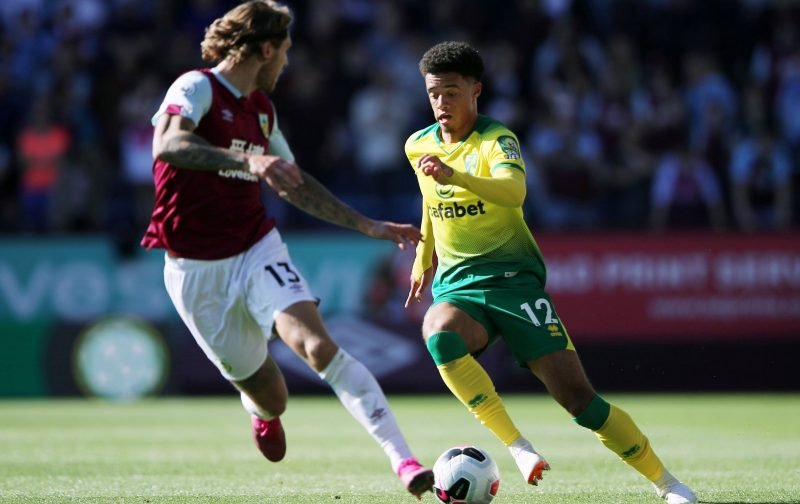 Norwich City full-back, Jamal Lewis is being heavily linked with a move to Liverpool this morning.

The reports are everywhere including this one in the Daily Mirror which suggests that Norwich could be offered £10m plus a player. The player that they are mentioning is Yasser Larouci, a left full-back who only has a year left on his Anfield contract and who is apparently declining to sign a contract extension due to a lack of game time behind Andy Robertson.

That fee of £10m seems way too low for me, even including a 19-year-old prospect, but it could just be an opening offer to test the water. It reminds me of the sort of bartering that City’s former Chief Executive, David McNally used to engage in!

As an added bit of reality to this situation, the EDP are reporting that Lewis has flown home from holiday early in anticipation of negotiations with Liverpool. That sort of thing, assuming it is true, suggests to me that this story has some legs and let’s be honest here, if Liverpool want Jamal, then his head is going to be turned.

Lewis is said to have impressed Jurgen Klopp and although Andy Robertson is the main man at left back, he has very little in the way of competition. When unavailable or being rested last season, Klopp often chose to play right footed utility man, James Milner there. A specialist to compete with Robertson seems an obvious requirement for the Reds and it seems they have identified Canary Lewis.

He would get a pay rise, naturally, and the chance to work under Klopp, who has as much pulling power as Pep Guardiola for players, would also be a big lure. The chance to compete with Robertson might well see him on the bench initially and only the player knows how he would feel about that. How confident he is, how much he backs himself, would be the answer to that.

So who is Yasser Larouci?

He’s a 19-year-old left full-back who joined Liverpool’s academy from Le Havre in 2017, meaning that despite being Algerian born, he would be classed as homegrown. The definition being that a young player needs to spend three years at an English club prior to being 21-years-old.

His Wikipedia page describes him as being “aggressive and lightning quick” which sounds alright to me. With Sam McCallum having joined Norwich last January, it does seem the loss of Lewis has been planned for, which is no surprise with Stuart Webber in charge. I’ve also heard various rumours that Norwich are well versed in the youngsters in the Liverpool academy, so they will undoubtedly know all about Larouci.

If I’m honest, Lewis has always looked a little less effective going forwards than Max Aarons and if I had to lose one of them, I would prefer it to be Lewis. Having said that, rumours are swirling around Aarons too, so it could be that we lose both our full-backs this summer.
I still think that £10m is way too low. I guess we’ll see in the coming days how accurate that report is.

2 Replies to “Could Jamal Lewis Be On His Way To Liverpool In Swap Deal?”