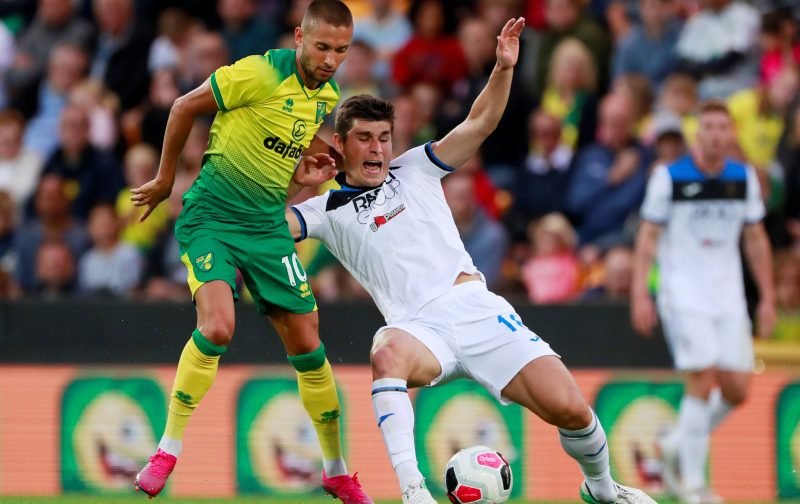 Daniel Farke had some good news for Norwich City fans when he spoke to the assembled media at Colney on Friday lunchtime.

???? Daniel Farke will be joining us shortly at the Lotus Training Centre to preview tomorrow's game at Burnley. Follow our live blog for updates ⬇ #ncfc

Farke’s side beat Manchester City last weekend in the Premier League’s biggest upset of the season. Having done so with a heavily depleted squad due to injuries, made it even more eye-opening.

Norwich were missing eight first-team players and were forced to play Ibrahim Amadou, whose primary position is as a defensive midfielder, in central defence.

The good news surrounds the return to team training of Moritz Leitner and a return to full fitness for Grant Hanley with Patrick Roberts also being available again, having been ineligible against his parent club.

However, Ralf Fahrmann will miss the trip to Burnley with a minor groin strain, meaning Michael McGovern will deputise for him on the City bench.

Mario Vrancic is still unavailable but hopefully should return to team training in the near future.

Stuart is one of the main reasons I came to Norwich. It’s a pleasure to work with him.

Stuart’s new deal is brilliant news for the club. He’s a cornerstone for our success in the last two years. We’re all singing names of the players, but the most important thing is that the key people responsible for the long-term success of the club are the right people.

Farke also said that Emi Buendia will soon be picked for Argentina:

Emi Buendia will get a call-up for Argentina at some point in the future. It will be a good experience for Lionel Messi to play alongside him!

The Norwich Head Coach also spoke about his team’s next opponents and the difficulty City will face in trying to get a result at Turf Moor:

We’ll try to get off the mark with our first away win as quickly as possible, but I don’t expect it to be easy tomorrow.

I’m sure Burnley will try to press us, but there will be spells when we try to bypass that. When we lose the ball, we have to control the counter.

Burnley have an experienced group of players who are used to playing with each other. They have a good mentality and stick together. I like their bravery and spirit.

They’re quite a physical side and are dangerous in crossing situations. They’re sharp enough to win second balls, so we have to be awake at defending crosses.

I’m full of respect for Sean Dyche’s work and for Burnley. They tried to improve step-by-step without the biggest possibilities in terms of spending money. They have both feet on the ground and know where they come from.

This will be a different sort of test to the one that City faced last week but away from home, it is likely to be no less difficult on the day.

Burnley are a hard-working side that don’t give anything away easily. Keeping our feet on the ground and all that will be critical.