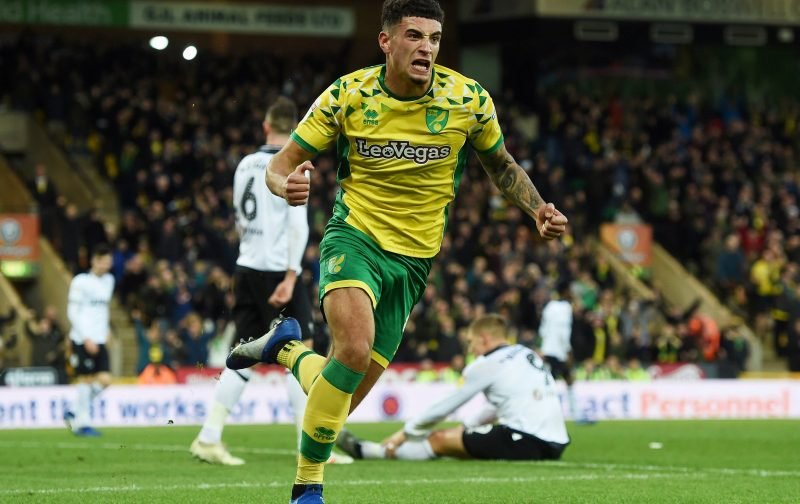 There’s a very interesting story doing the rounds this morning, initially reported by Sky Sports and then also picked up by The Pink Un.

The story from Sky has no source but suggests that Norwich will demand £50m for Ben Godfrey this summer. Godfrey has been an almost ever-present in the centre of defence, being the only fit centre-back for a number of months. Recent reports linked Bundesliga clubs, Borussia Dortmund and RB Leipzig, along with Newcastle United as having an interest in the player this summer.

In the wake of the COVID-19 pandemic though there has been much speculation as to what this will do to the transfer market. It seems obvious that there won’t be so much cash around and that there may be clubs struggling for finance as a result. Norwich do not appear to be one of those, with as recently as the weekend City Head Coach, Daniel Farke saying once again that the club do not need to sell.

Of course, there will come a time when the likes of Godfrey, Todd Cantwell, Max Aarons and Jamal Lewis will feel they are being held back in their careers if Norwich refused to sell them. However, with all four on long contracts, the power would certainly seem to be with the club at the moment. Don’t forget all have only one Premier League season under their belts and all have been given their chance by the Canaries.

Sky Sports’ report suggests that City see Godfrey as a potential England centre-back in the future and a big move would certainly aid that progression but with the report suggesting also that the German clubs value Godfrey at around half Norwich’s valuation, there’s going to have to be some talking done if a move were to happen this summer.

I have no doubt that there will be players leaving Norwich this summer but with the club’s finances in reportedly fine fettle, in spite of the pandemic, there seems no need to rush into anything.

I’m just not sure, even considering pre-COVID prices that Godfrey is worth that much, are you?