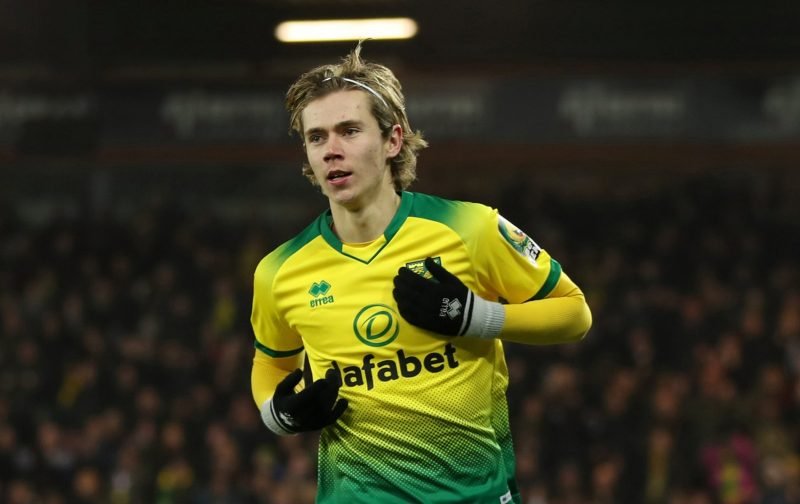 Liverpool have intensified their interest in signing Norwich City’s Todd Cantwell according to The Athletic’s David Ornstein in his regular Monday column.

The Dereham Deco has come through the Canaries’ Academy and has had a breakout season in the Premier League, having first emerged in the Championship last term, albeit as something of a bit part player. In the Premier League, Todd has 27 appearances under his belt with six goals and two assists.

The 21-year-old has been linked with a host of clubs over the last few months with Mr Ornstein reporting that Manchester City, Spurs and Manchester United are also keen. Ornstein also says that Liverpool stepped up their interest in Cantwell in January and can now be considered front-runners for a summer transfer.

Such has been Todd’s influence this season that he has made the forward left position his own ahead of Onel Hernandez and he is clearly one of the first names on Daniel Farke’s team sheet.

Against Liverpool on Saturday, Todd had a very good game, being the target of some persistent fouling in the first half due to his close ball control and tricks. Some of those tricks didn’t come off and he lost the ball a couple of times, putting his defence in trouble although Grant Hanley was on hand to bail him out. Todd shouldn’t be castigated for that though, he is a terrific talent and deserves support rather than moaning.

If he goes, you can expect Norwich to demand £30m+ for a transfer fee, which isn’t bad for an academy product, is it?