Moneyball – How Norwich City Bagged The Bargain Of The Transfer Window 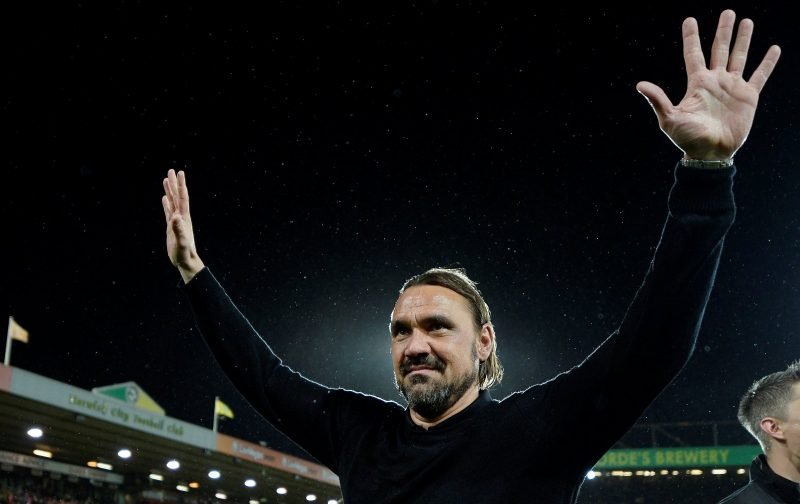 Flicking through the Internet on Wednesday morning as I ate some sourdough toast accompanied by a mug of Yorkshire Tea (a nod to Mr Webber), I came across an article on the BBC Sport website which was entitled “Summer Transfer Window: Who Carried Out The Best Business?”

It caught my eye because there were pictures of three players. An Arsenal player, a Manchester United player and a Norwich City player.

The article looks at the idea of how who did the best business was decided. Not based on who spent the most money because that would certainly not be Norwich City but it was based on statistics, something that if you’ve been reading, watching and listening to various news articles across the numerous Canary media outlets, you will know is a tactic used by the Canaries’ recruitment team.

It’s an idea that is based on something that first happened in America in baseball and coined the term “Moneyball”.

The premise of Moneyball is that the collective wisdom of baseball insiders, which includes players, coaches, managers, scouts and the front office over the past century is subjective and often flawed.

Basically, everything that the teams, their owners, their coaches and the fans thought they knew about baseball was wrong and that statistics could often be used to prove otherwise.

Before the use of statistics, known in Baseball as Sabermetrics, scouts would be responsible for identifying players for their respective teams and lot of these experienced scouts were relied on implicitly by the managers of their teams.

After all, these people are usually ex-players and know a baller when they see one, right?

In 2003, Michael Lewis published a book entitled Moneyball: The Art of Winning an Unfair Game

It was about the Oakland Athletics baseball team and it’s general manager, Billy Beane. It’s focus is the true life story of how Beane used analytical data (Sabermetrics) to assemble a competitive baseball team despite the “A’s” small budget ($44m) when compared with that of say The New York Yankees ($125m) for the 2002 season.

Because of their much smaller budget, the A’s had to find players that were undervalued by the market but that could make a big difference to the team’s performance on the field.

The BBC article that I referred to at the top of this article talks about English football clubs taking a similar approach to picking up players and describes “London based investment company, Carteret Analytics thinking that they have found a formula for footballers, and even using their system to advise three Premier League clubs on potential new signings.”

Here’s a snippet from the article that explains how this works:

Carteret Analytics use their system to advise seven clubs in England’s top two tiers as well as 12 leading clubs from Europe and the rest of the world.

The data centres on the ‘intrinsic value’ of a player – a calculated fee based on performances for the selling club and the projected impact on the buying club, as well as taking into consideration their prime age (usually 26-30).

This is essentially the monetary value of the player’s contribution to winning football matches and how influential he is to creating and preventing goal-scoring opportunities.

By assessing the intrinsic value, clubs can determine how much money they want to receive for a player and likewise, how much they are willing to spend on any new players.

By using this rationale, it seems that Arsenal might have overpaid for Nicolas Pepe as might have Manchester United for Aaron Wan-Bissaka.

Wan-Bissaka, sold for £49.5m, had an intrinsic value of just £23.32m at Palace. That value is expected to rise to £43m at United but that is still short of the fee they paid for him.

You may remember that Michael Bailey posted an interview with Norwich City’s Head of Recruitment, Kieran Scott over the summer.

If you haven’t watched it yet, you really should. It gives a fascinating insight into the way that the Recruitment Team works and how they identify players. The way that Emi Buendia was identified through statistics is further proof that what has been going on at Norwich over the last couple of years is a form of Moneyball.

Picking up such players for modest fees and then seeing them blossom on the pitch into League winners must be satisfying for those behind the scenes like Mr Scott but will also be vindication of his beliefs for Stuart Webber.

Webber, lest we forget, has been the architect of the club’s revival.

It’s not just about the stats though. You need to know what sort of person you’re getting both on and off the field too. Had Manchester United done their research they would’ve discovered that Alexis Sanchez was known as a loner at Arsenal, rarely interacting with his team mates outside of training and game days.

Ole Gunnar Solskjaer is actively trying to promote team spirit and make sure that he gets lads with the “right personality” as well, just as Daniel Farke has done at Norwich.

Would Solskjaer have signed Sanchez? I just can’t see it. Paul Pogba on the other hand, despite the image often painted of him by the tabloid press, is a gregarious team man through and through and he trains to the highest level all the time. I expect he will be a big player for Ole if Ole can get a regular tune out of him.

Mike Phelan gave Harry McGuire his Premier League debut at Hull and he knows exactly what sort of character he is. That has helped with the decision making process for Ole because we can all see already that Harry is a very good player. I expect him to be a big signing for United and he’ll be a leader, like Pogba, off the field too.

The BBC’s article points to the best business of the summer being done by clubs outside the top six in the Premier League, citing good business being done by both Wolves and Bournemouth:

Mexican striker Raul Jimenez, who scored 15 goals in 37 games last season, was signed from Benfica for a club record £34m – a good deal because his intrinsic value was rated at £43.37m.

They also paid less for Belgian midfielder Leander Dendoncker’s value by £16.13m after he joined on a permanent deal from Anderlecht.

Elsewhere, Bournemouth brought in Huddersfield midfielder Philip Billing for £15m – half of his projected value fee – and sold defender Tyrone Mings to Aston Villa for an overpayment of £5m more than his rating.

Well, we all know that Villa paid over the odds for Mings, don’t we? No need for statistics there!

So, who was the bargain of the summer transfer window?

Well, according to Carteret Analytics it was Norwich City who bagged the steal of the summer in the form of Sam Byram. 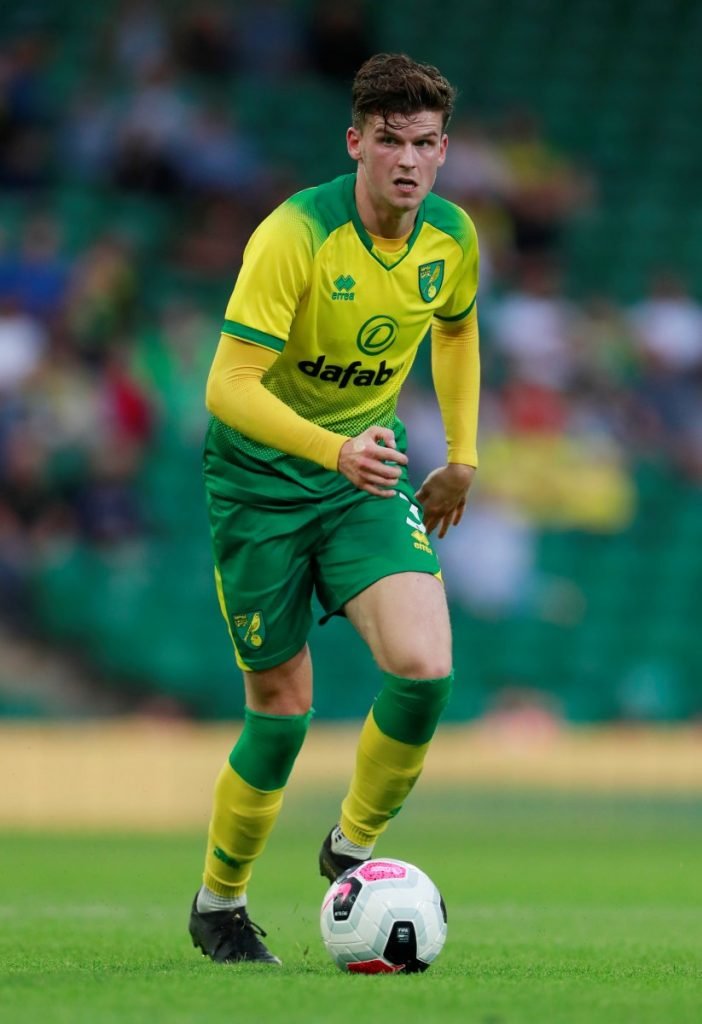 Premier League new boys Norwich City got the steal of the summer.

They bought Sam Byram from West Ham for just £747,000. He was valued at £27.7m by the selling club but is significantly lower for Norwich at £7m. They have still secured a player with Premier League experience for just over 10% of his monetary value though.

Byram is the only player that Norwich spent money on for the first team squad this summer.

The former Leeds United full-back made just 27 appearances for West Ham during three injury strewn years with the Hammers and managed 6 appearances at the tail end of last season on-loan at Nottingham Forest. Prior to all that though, he made 130 appearances for Leeds and impressed me whenever I saw him play.

When you consider that Tyrone Mings, who has also suffered an injury racked time at Bournemouth, made just 32 appearances in four years before Villa paid £25m for him, you can see that we look to have snatched a bargain here.

The little differences, the small changes, those 2% improvements so talked about by Sir David Brailsford are exactly what has been going on at Norwich City and that includes painting the away dressing room pink.

The idea is that if you add all those little improvements together then you will have a big improvement. It’s modern forward thinking and it’s why I laughed when I heard the Ipswich Chief Exec say “It’s not for us” when asked about Norwich City’s new way of doing things a couple of summers ago.

So getting back to Moneyball: The Art Of Winning an Unfair Game. That is exactly what we are trying to do here.

The conventional wisdom of pundits and some “football people” means that Norwich are being written off at every stroke because these people don’t understand, they simply don’t understand.

They cannot (yet) see that there is another way. On Friday night, TalkSport’s Andy Goldstein said on his radio show that “Norwich staying up, having spent £1m would be the greatest achievement in the history of the Premier League”

Football is an unfair game due to the riches of some clubs compared to others and it is the same in a large number of other mostly team sports. Baseball, motor sports, the NFL, basically anywhere that isn’t an individual sport and that by spending more money you can get an advantage.

Norwich City and a handful of other clubs are looking to buck that trend by bringing Moneyball to English football.