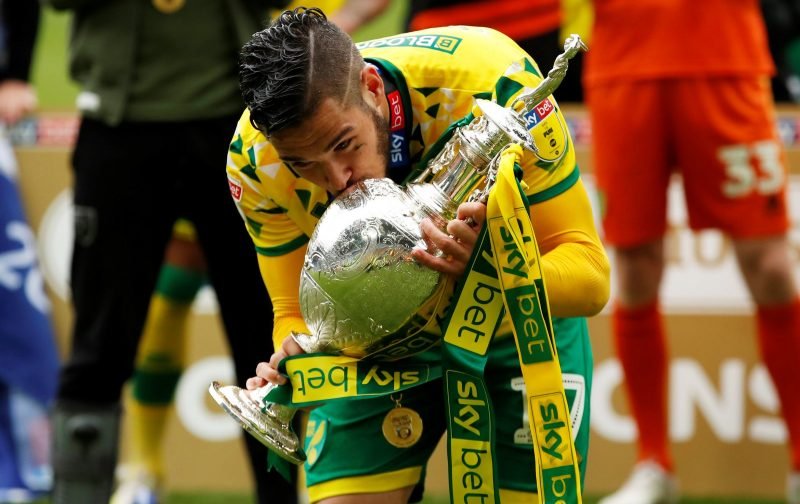 In these depressing times, sometimes we all need a little bit of brevity, something light to make us smile and the other day I came across just the ticket – assuming you’re a football fan, anyway.

It’s a little idea that’s doing the rounds on social media for lots of different clubs and although the idea is simple, it can sure make you scratch your head.

All you need to do is pick your best Norwich City XI with one proviso. All the players need to be different nationalities.

So did I, until I started to realise the players that I would have to leave out.

Here’s my team, let me know what you think and have a go yourself if you think you’ve got a better one, either in the comments box or on the thread at the Vital Norwich Forum.

Duncan Forbes (Scotland) Canary legend, 295 appearances, 10 goals. The Times noted his aggressive defending by writing “Forbes got his customary booking; the referee ought to take his name in the changing room rather than on the pitch thus saving time.”

Emi Buendia (Argentina) 58 appearances, 8 goals. Surely one of the most talented footballers to ever play for Norwich City, strong and powerful in possession, huge ability.

Wes Hoolahan (Republic Ireland) 323 appearances, 47 goals. Signed in June 2008 for a reported £250k, outrageously skilful player with a left foot on a par with Lionel Messi 🙂

Teemu Pukki (Finland) 70 appearances, 40 goals. In Finnish, Pukki means GOAT and if he carries on like he has been, Teemu could get that tag at Norwich. Scored 29 goals in his debut season, winning the POTS award.

So that’s my team, what about yours?

I could easily have chosen lots of different players in different positions but that would mean sacrificing someone else. For example, Bryan Gunn going in goal would mean I’d have to lose Duncan Forbes or putting in a Huckerby, a Crook or a Holt would mean losing Martin Peters. Tough choices but fun to do.
This isn’t a “best ever City XI” but under those rules, I reckon they’d give anyone a game.