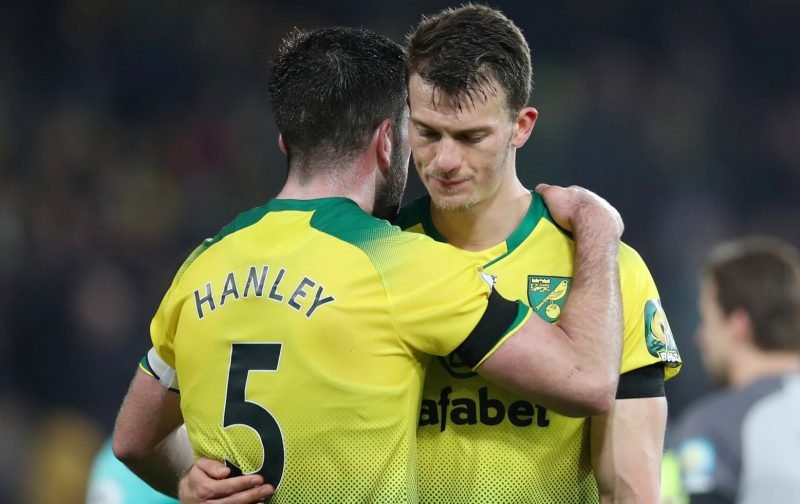 In another cruel blow to City’s campaign, he revealed that Grant Hanley, Christoph Zimmermann and Sam Byram would all miss the rest of the season through injury.

Hanley will require surgery on a hamstring injury sustained in last week’s friendly against Tottenham, Byram has had a set-back in his rehab from a pre-existing injury that he suffered against Liverpool and Zimmermann has chronic back and hamstring issues.

The news will come as a blow to all of a yellow and green persuasion, meaning that yet again, Farke only has two fit central defenders in the form of Timm Klose and Ben Godfrey. Godfrey was the only fit centre-back for large swathes of the season while Klose hasn’t kicked a ball in the Premier League since Crystal Palace away late in the 2015/16 season, having picked up a knee injury in pre-season last summer that kept him out until now.

More from the boss 💬

"Timm [Klose] is definitely available. Physically, he’s prepared right now but we have to be realistic. His last start in a league game was January 1, 2019."#NORSOU pic.twitter.com/FHn8bnCWe8

Marco Stiepermann tested positive last week for COVID-19 and will miss the Southampton game as a result, despite testing negative and having suffered no ill effects. However, it seems that Marco tested negative in two tests shortly after the positive test, so perhaps this was an error, either way he is not available.

Whichever way you look at it, Norwich have been underdogs in the Premier League this season and it looks as though nothing has changed.