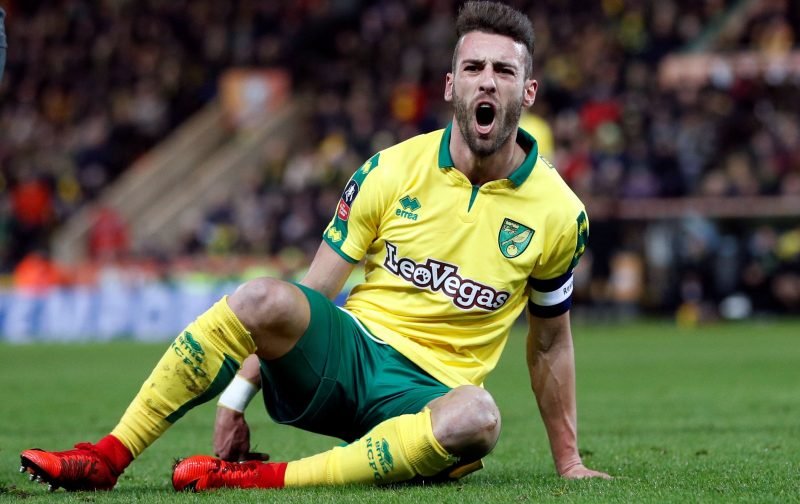 Norwich City have confirmed that Ivo Pinto will leave the club when his contract expires at the end of the season.

City can confirm that Ivo Pinto will leave the Club when his contract expires on June 30. He will play his final game at Carrow Road on Monday in the #WesvRuss celebration match! #ncfc

The flying Portuguese right back joined the Canaries in January 2016 from Dinamo Zagreb at the same time as Steven Naismith and Timm Klose, as Alex Neil and David McNally opened the purse strings in an attempt to maintain City’s top flight status. An attempt that was ultimately doomed.

Ivo was a mainstay of the side in the previous two Championship seasons, only losing his place this season (which he started as injured), with the emergence and then terrific form of Max Aarons.

“I love the Club and the support that the fans give to the Club and to captain the team was really good for me and I am glad I got to do that.

“I am a team player and although I have not been playing this season I am happy for the team to achieve what they have achieved and especially for the Club and the fans because they deserve this.

“My daughter was born here so I have had an amazing experience and many amazing memories. The love and support I have received has been fantastic, so I am going to miss Norwich for sure.”

Ivo will make his final appearance in a Norwich shirt this Bank Holiday Monday in the Wes vs Russ celebration match at Carrow Road.