Reported Fees For Buendia And Lewis Are Surely Too Low, Aren’t They? 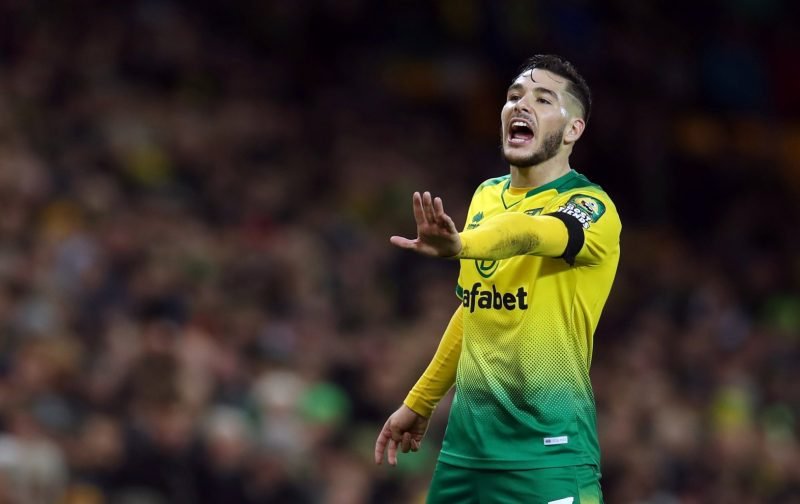 Sun journalist, Alan Nixon always has a full Twitter feed on a Sunday mornings during the transfer windows, with stories relating to a large number of clubs in all divisions regarding who they are all looking to buy or sell.

He’s already revealed today that Norwich are interested in Burnley’s out of favour centre back, Ben Gibson, (see below) and now he has added a little more regarding the values of Jamal Lewis and Emi Buendia.

Nixon has reported that both Crystal Palace and Leeds would be interested in Buendia and that the Canaries are seeking £20m for both players. Of course, that valuation for Lewis has been all over the media this last week, ever since the news of a bid from Liverpool first surfaced.

I do think though that, if true, £20m is a little low for Buendia, who surely has to be worth at least as much as James Maddison was sold for, a reported £24m including add-ons. After a fairly decent first Premier League season, in a poor team, Buendia should be worth around £25m+ in my view.

The deal that may take Lewis to Anfield looks as though there is some room for a manoeuvre but it remains to be seen if Norwich are willing to drop their asking price. After all, if they drop the price then the value of their other young assets would also potentially drop and if we’re not desperate to sell, as we keep hearing, then why drop at all?

Norwich. Want 20 for Buendia and 20 for Lewis. Leeds and Palace like Buendia. Liverpool would do a slightly cheaper deal for Lewis.