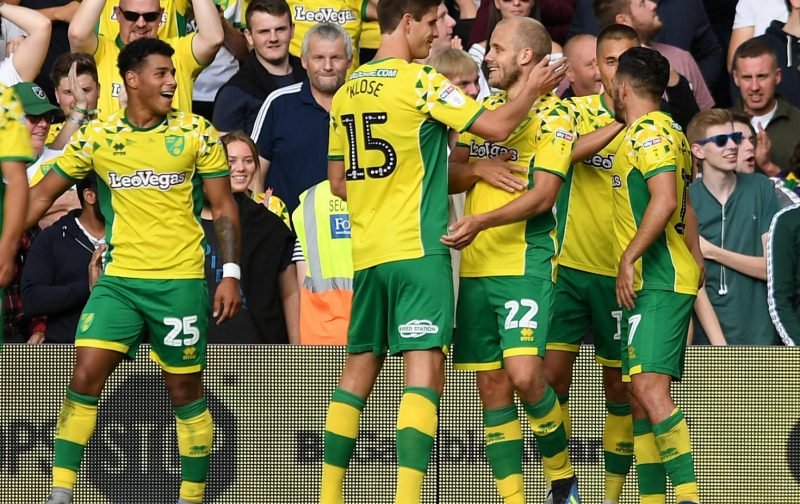 It’s been a remarkable turnaround, wouldn’t you say?

At the start of the season, City didn’t seem to have learned too much over the summer and neither did our Head Coach.

Losses at the hands of West Brom, Sheffield United and then a lesson at the hands of Leeds United made me, and plenty of others, think that that this was going to be another tough season. Plenty of possession and controlling games for periods but not creating or converting chances often enough.

Now though, the contrast, summed up by Saturday’s comeback win at Nottingham Forest, is startling. The balance seems right in the middle, the attacking threat is there up top and on both flanks, we have young fullbacks who are learning on the job but contributing so much.

At the City Ground, another Academy product really made his mark though. Todd Cantwell was excellent, particularly when he drifted into the “number 10” area of the pitch, where he can dictate play better.

There were so many good moments from Todd, although the pass he made to the overlapping Jamal Lewis with the outside of his boot in the first half, was the pick for me.

Marco Stiepermann had his quietest game since moving into the midfield which might prompt Daniel Farke to make a change for the visit of Villa on Tuesday. Todd at number 10 perhaps? I’d really like to see that as he’s clearly not an out an out winger like Onel Hernandez is. I can see that Stiepermann’s size and physicality are an asset though, particularly against bigger players, so we’ll have to wait and see.

The good thing though is that Farke has options. Tom Trybull and Mario Vrancic have been kicking their heels lately and we haven’t had the services of McLean, Hanley or Marshall due to injury. The squad looks decent in size and strength.

I can’t stress enough how early it still is in the season though. Fulham, who ended up being the classiest team I saw play at Carrow Road last season, hovered around mid-table until the turn of the year which probably cost them a shot at the top two but they still got the job done.

Wolves were the best side overall and Cardiff finished second. Yes, I know, Cardiff. They were nowhere near the second best side last season but what they did have was team spirit and the knowledge of how to win games. No doubt instilled in them by their manager, Neil Warnock.

Norwich now seem to have that spirit, that undefinable thing that makes a group of individuals become a team and you have to give Daniel Farke plenty of credit for that.

The squad have bought into what he’s trying to do and he’s managed to assemble, with the help of Stuart Webber, a squad that looks capable of a promotion tilt.

The evidence that this side are prepared to work hard for each other came against Forest after the setback of conceding, just five minutes in, to Lewis Grabban.

They weathered a little storm and then regrouped. The determination was there for all to see, especially after the break when Norwich completely controlled the second 45 minutes. To dominate a side like Forest is no mean feat and that’s probably why so many Forest fans went on social media afterwards saying complimentary things about Norwich. “The best team we’ve faced this season” was a common thread.

The travelling Norwich fans roared their side on throughout the game but the reception afforded Daniel Farke at the end shows how far he and we, have come. No longer is he that bloke who likes to just pass it sideways. He’s now unlocking defences and winning games. Naturally, the Canary nation appreciates that.

Next up are Aston Villa who have a new Head Coach of their own and a slightly well-known assistant. They also have a huge, expensively assembled squad and are a big team in this league. They will pose a big threat, just like Forest, but the way things are going our lads will be right up for it. A game under the lights is always a bit special and I for one, can’t wait.

It’s another question being asked of us and they will keep coming, week in and week out but I’m as confident as I have been for quite some time that Norwich are now able to compete again.