The Pukki Party Resumes, Super Max And Look Who’s Back! 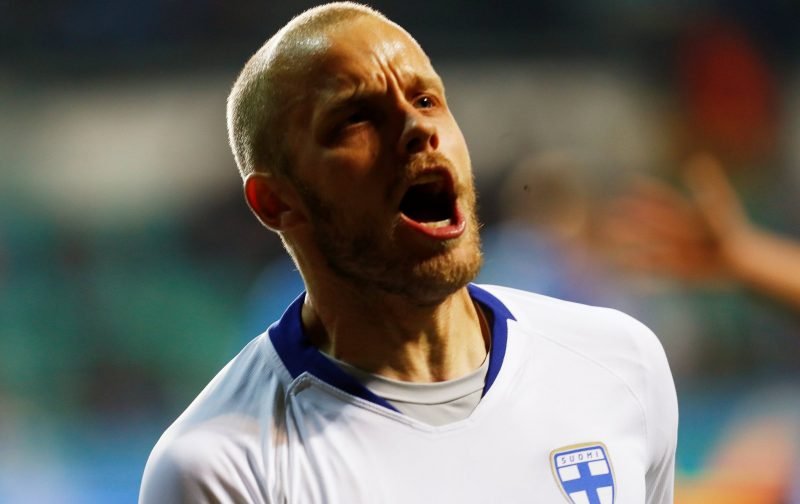 The Norwich City international contingent have, you may have noticed, been greatly reduced over this break due to various niggling injuries but two of the senior players that did join their respective countries both made their mark.

The Teemu Pukki party resumed as Finland beat Armenia 3-0 with the goat scoring twice, including this one.

The goals have dried up for Pukki in the Premier League with the Finn having not found the net in the Canaries’ last three games. His last goal coming in that extraordinary win over Manchester City.

What it does show though is that class is permanent and if you give him the chances, he’ll put them away. Finland are second in Group J, five points clear of Armenia and Bosnia-Herzegovina, who lost 2-1 to Greece.

Finland’s final two games are at home to Liechtenstein and away to Greece.

The Finns have never managed to qualify for a World Cup or European Championship, but victory in one of those games next month will see them reach their first major tournament.

The other Canary on tour was Max Aarons, who played 60 minutes in the England U21s win over their Austrian counterparts.

Max provided the assist for the first goal of the night, a cross for Callum Hudson Odoi to volley home as the Young Lions ran out 5-1 winners on the night.

City fans will be glad to know that Max was not withdrawn through injury.

Speaking of injuries, there is finally some good news on that front with the official Norwich City Twitter account providing these tweets on Tuesday.

The lads are back to work ahead of this weekend! ????

Want to see some of yesterday's training? ???? #ncfc

Thank goodness for that!

Two (!) midfielders, our only genuinely quick winger and our number one goalkeeper, those additions to the squad should help to make us more competitive in the weeks to come.

Whilst I would imagine that Vrancic and Hernandez won’t be ready to start a game yet, Alex Tettey and Tim Krul could very well come back into the side at Bournemouth on Saturday.