Threats To Relegate The Bottom Three, Villa Resist, The EFL Speak Out And A Norwich Player Perspective 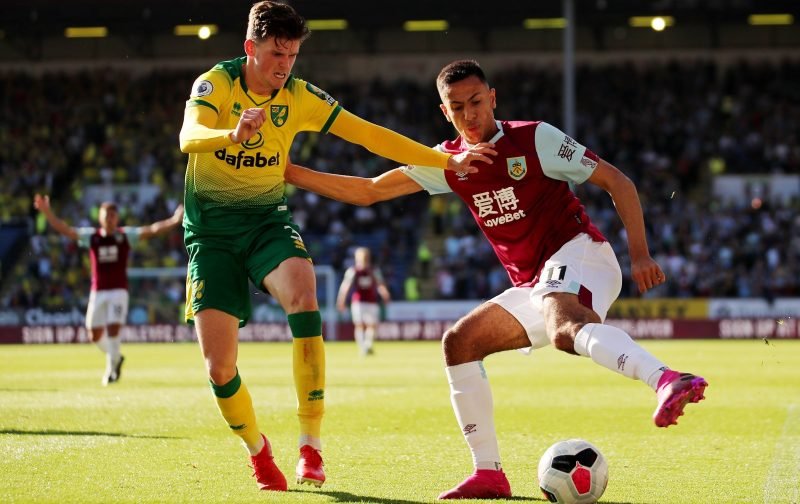 Threats to relegate the bottom three from the Premier League have appeared overnight in the tabloid press.

Of course they have and you can read the “detail” over at the Daily Mail.

We are, of course, talking about football’s future during and after the COVID-19 pandemic again. It seems to be the only discussion regarding football at the moment and even I, the writer of such pieces, am starting to get bored with it.

I say I’m getting bored of it but that does, perhaps, trivialise what is effectively a whole industry that has thousands of people, other than the millionaire players of the Premier League, whose lives are wrapped up in it.

The vast majority of the country do not rely on football for an income, a wage to live on. We enjoy it immensely as entertainment but that’s it. I’m not relying on it to pay my mortgage but their are plenty who are.

I’m not talking about the players because ultimately, as Simon Jordan, the former owner of Crystal Palace pointed out the other day, football at the highest level needs to play the game to get these huge sums of money, which are then handed to the players. I think I’m right in saying that he described it as an “insidious, ghastly carousel.”

💷 “Football is trying to come back for one reason: money!”

😡 “It wants to come back for money, to give it to the players.”

🎠 “Around we go on this insidious, ghastly carousel.”

😳 “Part of me hopes football blows up so we can reset.”

The EFL’s Chairman is Rick Parry. You probably know the name. Parry used to be the Chief Executive at Liverpool as well as the Premier League and last Tuesday he was talking in front of the Digital, Culture, Media and Sport Select Committee.

He spoke for around 40 minutes and told the MPs in front of him that things would get “very messy” if three sides don’t go up from the EFL and three don’t get relegated from the Premier League. He also said that the Premier League’s parachute payments were “an evil that needs to be eradicated.”

The EFL want some form of rescue package as they know that clubs in Leagues One and Two could be as little as two months away from going under. For those clubs, over half their income comes from match day revenue and without crowds that is not going to happen. It seems that these two Leagues will probably be unable to play on now, regardless of what the Premier League do.

The lower two leagues can not afford to pay for testing twice a week, extra medical insurance, etc, etc, etc and where does that leave them?

Parry is basically asking for some form of rescue package and also pointed out that the finances of the Championship, where teams spend £1 and six pence for every £1 they make, on player wages, are “ridiculous.” He also said that if one good thing comes out of the crisis that it might be a much needed “reset” of the way that the leagues do business.

Meanwhile, Aston Villa have publicly joined Brighton and West Ham in voicing opposition to the idea of finishing the Premier League season at neutral venues.

Villa’s Chief Executive, Christian Purslow has said that his club would not support any plan that could risk a “£200m catastrophe” for his club. The other clubs in the bottom six are reportedly in agreement with this too.

You can read all the detail on that at the PinkUn.com.

Norwich City have, so far, not said to much on the subject, although Daniel Farke spoke very well on the subject on Sky Sports earlier in the week.

"We deserve the chance to work our mini miracle" 🟡

We also now have a Norwich players’ opinion on all this, after Sam Byram spoke to the PinkUn.com.

We’ve heard from the likes of Sergio Aguero and Glenn Murray in recent days about how they see things but Byram is the first Norwich player to comment directly on some of the questions players are asking themselves.

“I think that would probably be the main worry of a lot of the lads,” Byram said of the risk of players spreading the virus to loved ones. “There’s a lot of new born babies or babies that are due and I know some people have circumstances where a member of their family is a high risk person.

So it’s not just us that we’ve got to think about. Everyone has got some family members they live with and say there’s 25 players in a squad, you’re then in contact with everyone who is in contact with them.”

Finally, The Daily Telegraph are reporting that when football does finally return, a proposal to ban shirt swapping, spitting and team celebrations seems likely to be agreed.

Can you imagine Burnley v Brighton being played at an empty Turf Moor on a Thursday evening, being streamed live on Amazon Prime under all these restrictions?