What Is Distanced Football Like For Fans? Here’s your Answer As One Norwich Fan Tells It Like It Was… 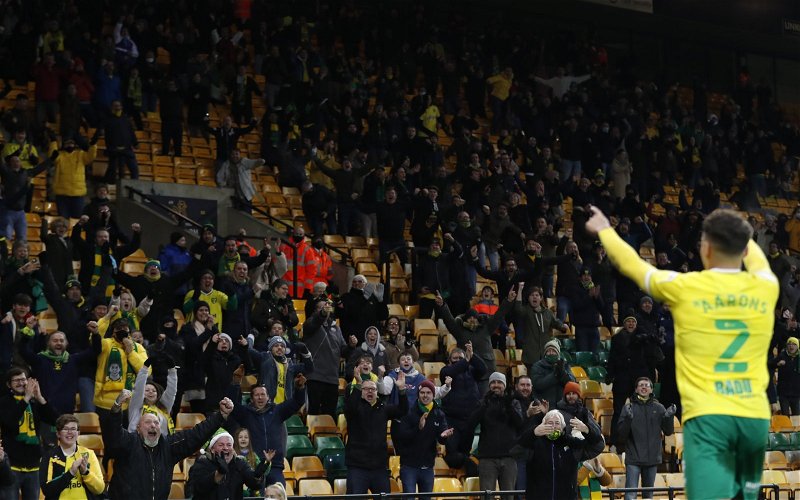 Did you manage to get a ticket for one of the three socially distanced games at Carrow Road so far, this season? Have you got a ticket for an upcoming game and are wondering what to expect? Well, we can help you out with that.
Vital Norwich Forum  stalwart, Drayton Green was at Wednesday night’s Forest game and he also scored tickets for the 1,000 fan trial against Preston back in September. Here’s his thoughts on what happened and how it worked.

“A belated report on my trip to Carrow Road last night as requested which I was hoping to do anyway, but as always, work gets in the way.Having secured four tickets at 9am on the first day they were available to fans, having already been to one reduced attendance match ( I went to Preston ) I had to contact the other three in our group to tell them we were going before asking about their availability.Next task was to book up a pub for beers ( and a substantial meal ) which due to the good choice of excellent hostelries close to my house, was not difficult.

We booked for 3.45pm and due to all of us being from different households we had to sit outside but the selected pub had very good facilities and staff were obliging whilst sticking to the rules as always.

One of the group could not make the pub whilst another could but had to leave a bit earlier than myself and my brother.

As regular forum readers will know, there is seldom a game where our group’s detailed organisation goes to plan, so as I dished out a ticket to the early departing member to get in earlier, I did not even consider that the ID check is linked to a specific ticket. I selected a ticket at random but luckily it was at least for the fourth person who was going direct so following refusal to ground he passed it on to him and waited for me and my brother to arrive.
The Ghostship and food went down very well.

Just before leaving for the pub I received a text message to indicate that face masks were required for the entire time we would be within the ground. Luckily, we all had brought them. The queue was short as we did not arrive 90 minutes early and the check for temperature and ID was very quick.

We usually arrive 5 minutes before kick off so passing away 45 minutes waiting for kick off is difficult for us ( although better for our livers ).

The Preston game allowed 1000 fans and the extra 1000 last night did make a difference as there were less gaps but still more than enough to go in and out of the stand to crush areas and toilets.

The atmosphere did build up towards kick off and the masks did not appear to stop legible singing and chanting.
The support was good and hopefully helped the City players. We were close to the Barclay end so saw the winning goal and celebrations clearly and celebrated ourselves in traditional style.

There are 2000 fans leaving over a short period of time but I consider this to be safe and totally different to a crowded Carrow Road as walking over the nearby Carrow bridge.

To our group it was as close to a usual home midweek game as possible in these exceptional times and under these testing circumstances.

Out of the pub earlier, a long wait for the game to start and wearing a mask but none of these downsides ruined the experience of live football and celebrating City goals with close friends and family.

Did I enjoy it ? Well three of us have tickets for the Cardiff game.”