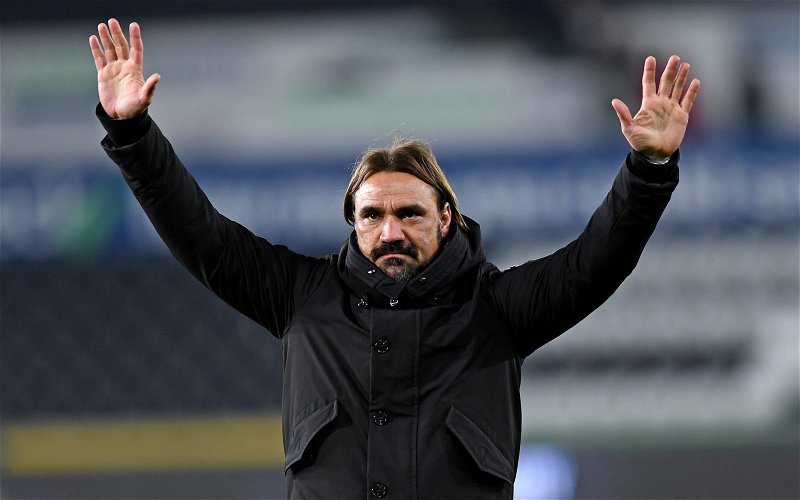 Football is going to be a squad game more than ever this season, that much is clear.

An example of that came last Saturday when prior to facing Swansea City, Daniel Farke gave a fairly downbeat press conference in which he said that Ben Gibson, Todd Cantwell, Lukas Rupp and Jacob Sorensen were all injury doubts.

Add to that the already injured Onel Hernandez, Kieran Dowell, Sam Byram and Xavi Quintilla and it seems as though, when you consider the replacements that Farke was able to field, that the City Head Coach almost has an embarrassment of riches at his disposal.

It is a big squad, there’s no doubt about that but with the way that the games are coming at us, thick and fast, it now seems to be a very sensible move to have so many players in the first team squad. To beat a team like Swansea City, who are no slouches in the quality department either, is testament to the recruitment and decision making last summer despite all those absentees.

It’s not all gravy though, there’s a problem at left back, which has now been underlined by the fact that Farke is having to play a central midfielder (Sorensen) in Quintilla’s place, a position that he had never played before being called upon. I get the impression that Farke was left short changed there by Stuart Webber and it appears as though our Head Coach isn’t happy, just by his demeanour when questioned about it.

There’s also an issue at centre back, caused by the departure of Timm Klose and the decision to not replace him. That leaves us with just Grant Hanley, Christoph Zimmermann and Ben Gibson and all three have had their injury issues in the last couple of seasons. We got lucky on Saturday in being able to play the returning Zimmermann alongside Hanley.

Hanley has now had to pull out of the Scotland squad with what is described as a “mild hamstring injury,” while Max Aarons has pulled out of the England U21 squad with concussion symptoms. Hopefully both will be available for the next league game, against Middlesbrough as should Lukas Rupp, Todd Cantwell and Ben Gibson.

Norwich have quite a number of players that have represented their countries in the past but they currently have seven away on international duty, which adds another issue in the form of COVID-19 into the mix. So far, Norwich haven’t had any major COVID issues at critical times and let’s hope it stays that way but with flying to other countries happening for most of these lads and mixing with players from other parts of this or other countries, it’s a slightly baffling thing for international football matches to even be taking place in a global pandemic, don’t you think?!

The emergence of Josh Martin this season and the first real sight of Bali Mumba last Saturday, in what was an explosive substitute appearance, are further proof that Norwich City’s planned way of running things now and in the future is bearing fruit. Mumba was prized away from Sunderland in the summer for what we’re told was a reported £300k fee.

In the world of football that is the equivalent of a couple of shirt buttons and I think I’m right in saying that Josh Martin was free. Whilst we are yet to see the best of Martin in the first team, the signs are good and the future is bright. The U21s continue to contain plenty of prospects such as, William Hondermarck, Matthew Dennis, Andrew Omobamidele and Tyrese Omotoye, to name but a few.

Which one from this promising U21 group will be the next cab off the rank, so to speak, is going to be great fun to see.

With the first team on a seven game unbeaten run and well placed in the league table, things are bright at the moment and giving us all something positive to think about in these otherwise grim times and long may that continue.