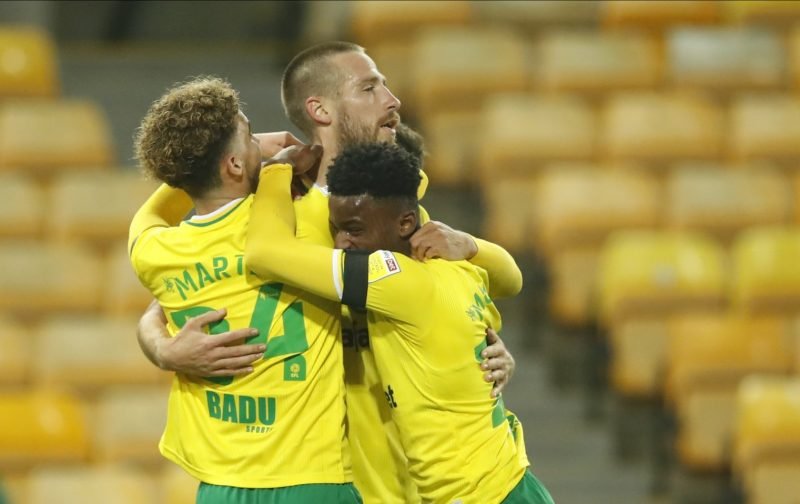 Like many of you, I watched the game on iFollow and I had my heart in my mouth a couple of times in that second half when Tim Krul nonchalantly pulled off his now usual, flawless performance. Having won the Barry Butler award last season, it looks to me as though he doesn’t want to give it back anytime soon.

Krul got the better of what, at times, seemed to be a personal battle with Swansea striker, Jamal Lowe. The saves themselves were made to look fairly normal by Krul’s recent standards but still had to be made and the thing about them is that they require concentration and perfect positioning to look so “normal”. Our own Dutch master is certainly playing as well as he ever has  with a Canary on his shirt and it does make me wonder if he has ever been at such a high level of performance before? I remember him being pretty good at Newcastle and in my opinion, he is playing as well as he ever has. 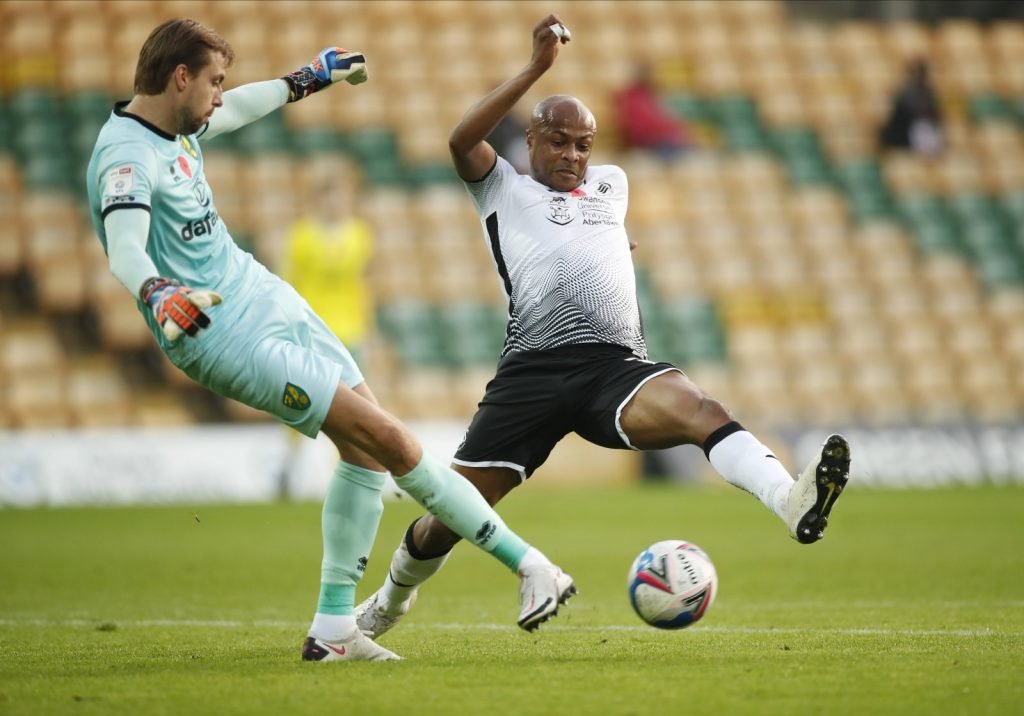 Krul is a constant source of vocal encouragement to his team mates too and the lack of crowd noise really makes that stand out. He is a clear leader in our squad and another Captain albeit without the armband.

There was plenty to worry about on Friday when Daniel Farke gave his pre-match press conference, suggesting that City were struggling badly with injuries. When 2pm came though, only Lukas Rupp and Ben Gibson were missing, with Kenny McLean and Christoph Zimmermann coming into the side, underlining the strength in depth that this squad has. Yes, Zimbo’s return was timely and operating with only three senior centre-backs is stretching things when their recent injury troubles are taken into consideration but we got away with it.

Zimmermann and Hanley were both excellent though and helped the back five (inc. Krul) to grab another clean sheet, their second in two games. Jacob Sorensen has done a fine job of filling in for Xavi Quintilla and always seems to have loads of time on the ball, the sign of a cultured player but he did find it tough at times against Andre Ayew.

Ayew, you will remember, left Swansea to sign for West Ham for £20m, only for the Swans to buy him back for £18m – he is a very good player, especially at this level and it looked like Ayew was deliberately pitched against City’s makeshift left back to try to get behind him. Ironically, that decision by Swans manager, Steve Cooper forced Farke to roll the dice and introduce a couple of subs.

The decision to bring on Bali Mumba and Josh Martin for Sorensen and Placheta was, to put it mildly, bold. Mumba had only two minutes of Championship game time under his belt before this game and he looked terrific. He obviously felt that going forward would give Ayew something else to think about. After the game he said that Farke had told him to get forward and he did so brilliantly, nearly setting up Teemu Pukki before his late burst forward on the left and low cross into Buendia saw the ball laid off to Marco Stiepermann to fire home a low, great finish, in off the post. 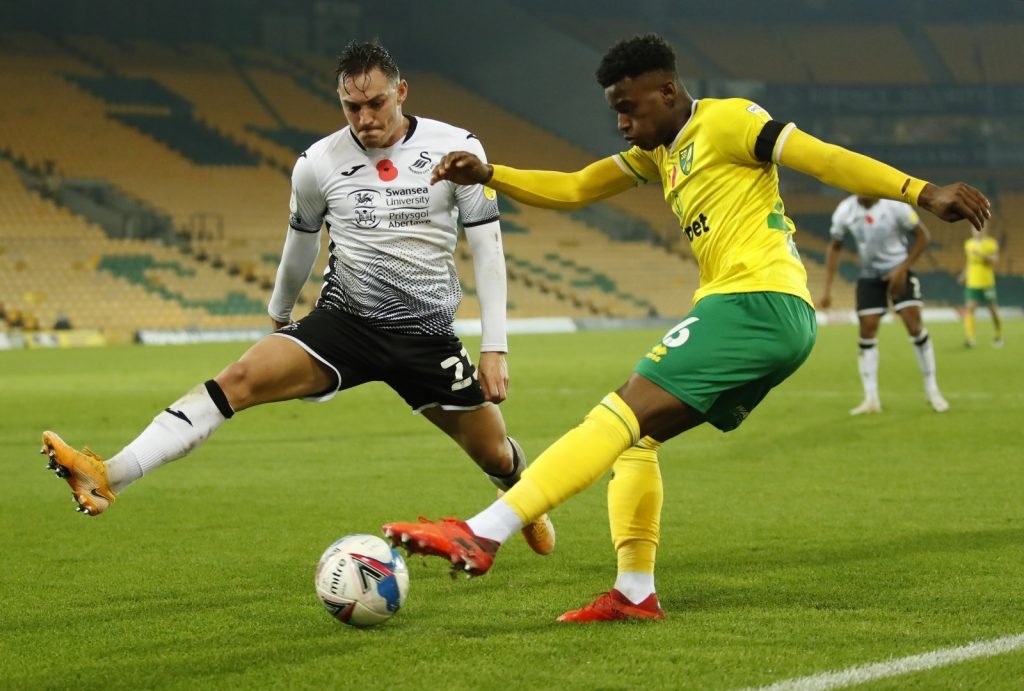 There was a reason that Mumba and Martin were not farmed out on loan and we are now seeing that. Both, despite their tender years, are valued, effective members of the squad and this, is a season when the squad is going to be used and needed more than ever.

The goal, when it came, came from a man that famously once said “I was born to score goals” and that was before he’d really shown that side of his game. It was a comment that certainly raised a few eyebrows at the time but that all changed when Marco became a regular scorer and provider of goals during the promotion season of 2018/19.

We saw him provide an excellent assist for Pukki at Bristol City and his goal here was another reminder that he is, at this level, a very good player and a threat to opposition defences, something that Brentford realised a couple of weeks ago and worked hard at nullifying as they doubled up on him. If only he could win a few more headers…

Swansea are a very good side and this was a top class Championship game between two sides that will both fancy themselves for promotion come the season’s end. The fact is though, just like the last time Norwich were in this division, they found a way to win and I remember that the last time we played them it was a single goal, a beauty from Emi Buendia, that won it too.

Norwich now go into the international break on a seven game unbeaten run and able to give the likes of Rupp, Gibson and Cantwell a chance to fully recover from their various injury issues although those players heading out of the country on international duty, will be a cause for concern for all of those of a Canary persuasion. Flying and playing football in other countries during a global pandemic still seems pretty mad to me but it is what it is and every club is in the same boat.

I’m keeping everything crossed and suggest that you do the same.