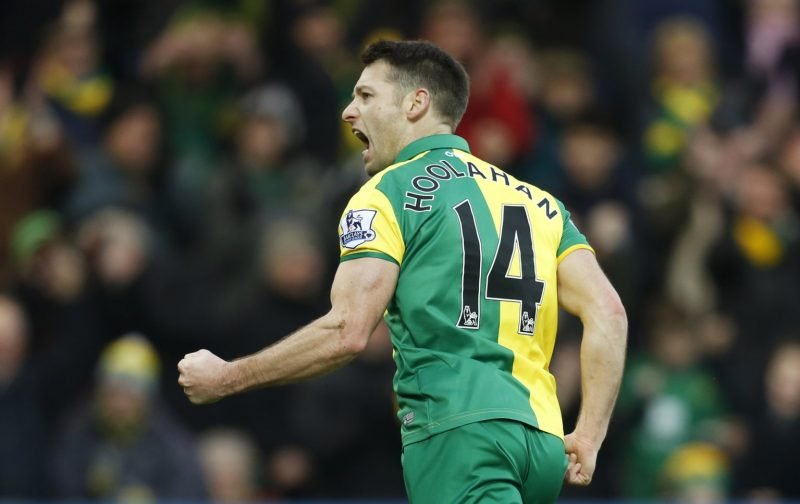 Wes Hoolahan is leaving Norwich City and the reaction has been huge.

Wes has been nothing short of brilliant for Norwich City and he’s been at the forefront of many of the Canaries’ best and most spectacular moments as witnessed by the Canary Nation over the last decade.

I’m sure you know this already but Wes is undefeated in East Anglian derby matches over the last ten years – Yes, TEN YEARS! It’s a bit mind boggling isn’t it? I’m not entirely sure that’s not a record.

Perhaps someone with more time in their day will look that up?!

There have of course been tributes paid via the very modern medium of social media, here’s a few of the best from Twitter.

After an amazing 10 years, Club legend Wes Hoolahan will leave Norwich City at the end of the season. #ncfc

What an honour it was to watch, learn and play with you my friend. The legend, the magician, the goat! All the best on your next venture from a massive 10 years served @NorwichCityFC! #Wessi #LivingLegend ??⚽️? pic.twitter.com/JInSJgGapU

Think new picture is perfect for the day. Little messi is leaving norwich the greatest player norwich have had in my opinion. 10 derby days and no defeats top that.

The fact is in 37 years, no Norwich City player has made me say ‘wow’ as often as Wes Hoolahan. Generally anyone who threatened to, got sold or walked out. I love that I’ve seen so much of a really wonderful footballer, so close at hand, and in yellow and green. #ncfc https://t.co/MmZTaB8iaM

I’ve been blessed like many other canaries to witness such fantastic quality entertaining players such as @eadie11, @hucks6dh6 now Wes Hoolahan. I must thank Wes for bringing so much joy for the last 10years. #ThankYouWes

In honour of Wes's #ncfc departure, here are highlights from every time he was on the losing side of an East Anglian Derby. #undefeated #ThankYouWes pic.twitter.com/WNtYPh85T3

Every game, Wes produces some sort of outrageous flick, a majestic turn, beautiful assist or a simplistic goal. I will miss watching this footballing magician. Feeling honoured to have watched such a player in yellow and green. Thank you Wes Hoolahan for everything #ncfc pic.twitter.com/V2bWoGXChd

Could keep the ball off 3 defenders in a telephone box!! ? https://t.co/TIhbtwQRZf

And that’s just a few of the thousands of tweets that were posted on Monday. It’s going to be an emotional week…