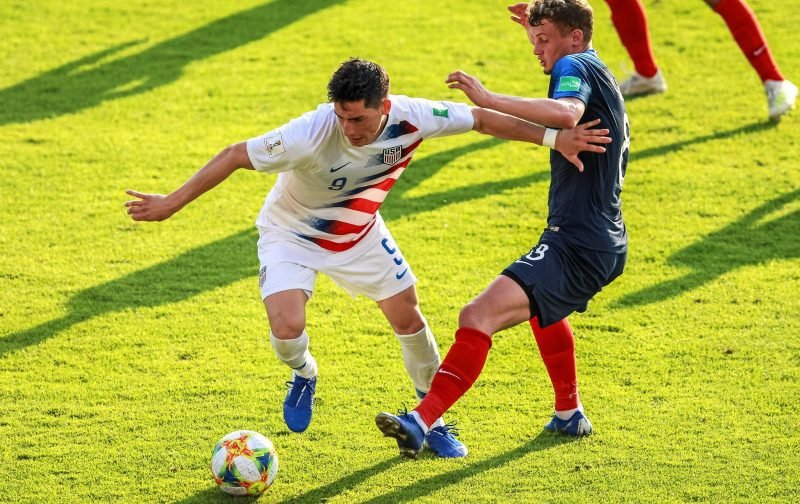 You may or may not be aware of the name Sebastian Soto, a hot-shot striker signed by Norwich City in the summer on a three-year-deal but who is yet to make an appearance for his parent club.

Soto is though, making a few waves and his latest wave is easily his biggest.

The 20-year-old joined Norwich from Hannover in the summer and had to be loaned out to another European club rather than a domestic club due to restrictive work permit rules in the United Kingdom. Soto has been loaned out to Dutch second division side, Telstar, along with fellow Norwich youngster, Daniel Adshead, where he has scored five goals in seven games.

One of the main conditions to aid getting that precious UK work permit, but by no means the only one, is that a non-EU player be an international for his or her country, something that looked like it was going to happen for Soto just prior to the first lockdown, last March.

Soto qualifies to play for both Chile, where his father was born and the USA and there has, by all accounts been a bit of a tug-of-war to gain his allegiance, despite young Sebastian having been capped at all the age groups up to senior level for the United States.

Soto finally made his debut for the senior men’s USA team on Monday night but being as it was only a friendly, Chile is still a viable option until he plays a competitive game for the USA. Making his debut, he was given 13 minutes at the end of the game by Head Coach, Gregg Berhalter and he scored two quick fire goals as the USA beat Panama 6-2.

Two goals on your @USMNT debut. Not a bad way to announce yourself, @Sebastian9Soto! 🙌pic.twitter.com/UqKdmnyScH

Sebastian has impressed the Canaries with his finishing and development, so far, and the loan spell in Holland should do plenty to help his game with regular senior football. Whether he would be regarded as a serious option for Norwich in January is a big question though.

I don’t know if there is a break clause in his loan deal or not, I imagine there would be, and nobody quite seems to know what the post-Brexit working conditions will be like come January 1st in the UK for persons looking to work here from the EU or otherwise.

Whatever happens in the short term, Sebastian looks like he could well be amongst the next young players to make the grade and get a chance with the Canaries’ first team.