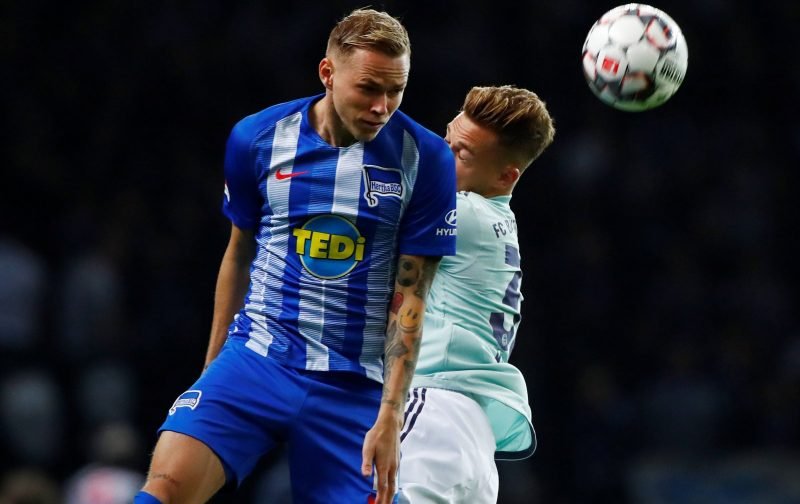 We are delighted to confirm the signing of Ondrej Duda on a six-month loan deal from Hertha Berlin! 🙌

The Slovakian international will join the Canaries on-loan for the remainder of the season but there is no option to buy built into the deal.

The 25-year-old plays as a Number 10 and has found game time hard to come by under Berlin’s new Head Coach, Jurgen Kilnsmann, managing just 9 appearances in all competitions this season, scoring one goal.

Last season though, it was a different story with Duda playing in 32 of Berlin’s 34 league matches, scoring an impressive 11 goals and providing 6 assists in the Bundesliga for Berlin. He has 35 senior appearances for his country and 5 goals.

Speaking exclusively to canaries.co.uk, Duda said: “I spoke with the coach [Daniel Farke] a few days ago about the possibility to come here and in the end, I decided I want to come here. I wanted to decide fast and right and I’m happy to be here.

“The main reasons are it’s a nice club, the league and my situation at my ex-club. It was the reason why I wanted to change club.

“He [Farke] was just honest with me. He told me what was going on here and he told me everything about Norwich. When we talked, it was clear that I wanted to come here.

“I’m going to do my best, but first of all, I need to get into match rhythm and we will see. I hope we are going to take some points, step-by-step. In the end, hopefully everyone will be happy.”

When Ondrej talks about getting into “match rhythm” he’s talking about gaining match fitness and getting up to speed with the Premier League, which will take a little while, I guess.

Even so, this looks a good signing and it’s a positive one for Norwich City.