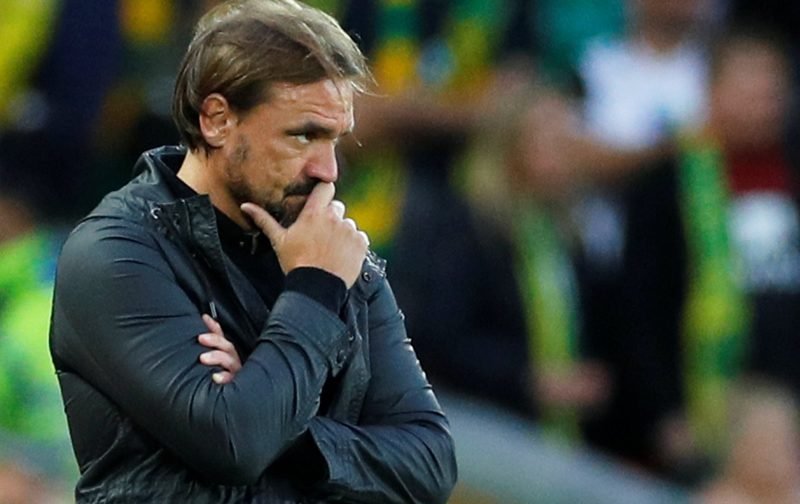 Norwich City reportedly made a £15m deadline day offer for French striker, Alexis Claude-Maurice but ultimately, the player felt that he needed an intermediate step before the Premier League.

Lorient Club President, Loic Fery has been speaking about his former striker’s summer move exclusively to Get French Football News and what he had to say is very interesting.

“I think very unusually, this was a player who had a very clear idea of his career path and he felt that he needed a sort of intermediate step before going into the Premier League, which I think he views as obviously one of the most competitive football competition.

“We had two firm interests from two Premier League sides, which I think it is not a secret, West Ham and then Norwich later on, who basically made competing offers. So I guess, I don’t want to speak for him, but he made the career choice to go through a club like Nice and feel that he would be able, especially with the ambition that the club has and the new owner, Ratcliffe, he feels that that club will be in a position to compete at the highest level in Europe and he will pursue his development over there.”

“I think all the talents that we have seen and the efficiency that made him the best player in Ligue 2 last year, I wouldn’t be surprised that you see him in the Premier League in the next few years.”

According to this report in Le Telegramme the Canaries offered €16.5m for the then Ligue 2 striker, who scored 14 goals last season but he turned down offers from both West Ham and Norwich, deciding to sign for Nice, coached by Patrick Vieira, instead for a reported €15m.

Clearly, Norwich were looking for another striker this summer and they also would’ve been prepared to smash their transfer record to get the right player. So far, Claude-Maurice has yet to score in Ligue 1, having made four appearances so far this season.