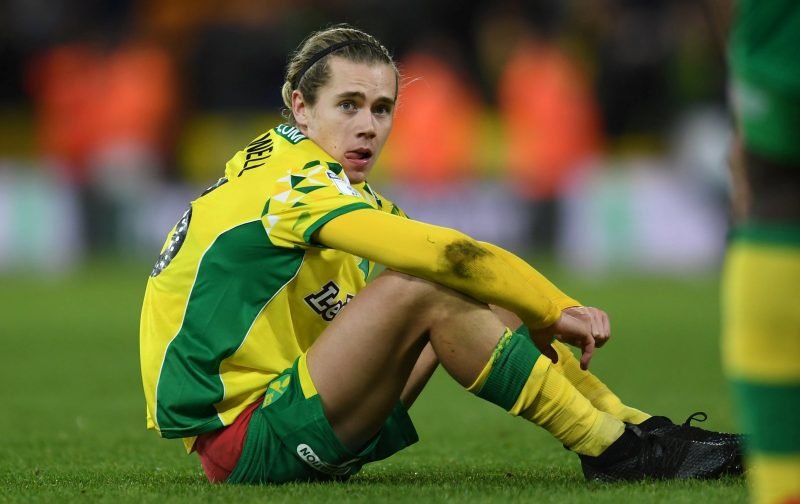 Norwich City have taken up the one year option on Todd Cantwell’s contract but there’s still no sign of a new deal for the Norfolk born midfielder.

That will no doubt be a question for another day as today, the Canaries have issued their retained list.

Am absolutely gutted that my time @NorwichCityFC was plagued by injury, but wish the club all the success for the future! Would like to thank all the staff, players and you fans for the some special memories I have! #OTBC

Players leaving after the end of their loan deals:

Players who have had one-year options exercised:

Players who have been offered professional deals:

The four big earners there were Ivo Pinto, Steven Naismith, Yanic Wildschut and Matt Jarvis, with Pinto being the only player to have played a meaningful part in first team affairs.

The news that Wigan and Everton are due £1m+ promotion payments for Wildschut and Naismith respectively does stick in the throat somewhat.

The Cantwell contract situation does concern me as well and there is clearly a big sticking point somewhere. We don’t know what and where that issue is but hopefully Todd can continue as a Norwich City player.