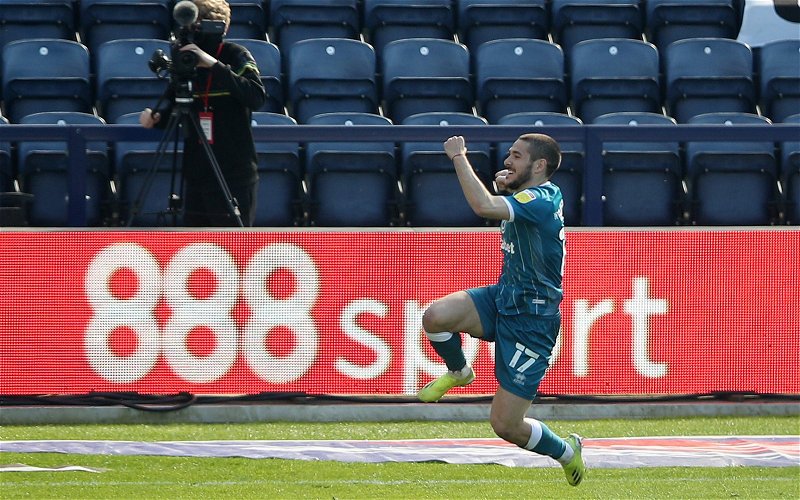 At 2pm, when the teams were announced, I surveyed the changes that Daniel Farke had made to his side and thought to myself “I think I’d be happy to take a draw.”

The changes that Farke had to make were largely enforced upon him due to the rigours of international football and the EFL’s insistence that Preston v Norwich would take place at 3pm on Good Friday regardless of whether or not City had some exhausted players.

The fact we’ve now got a four day break until we next play, against Huddersfield, on Tuesday night shows that the Sky cash is king but why not give us another 24 hours? Norwich could’ve fulfilled this fixture on Saturday, although naturally Preston preferred the Friday.

Anyway, having thought that not losing this game would be a reasonable result at 2pm, by 4.50pm I was deeply disappointed and I imagine you were too. To draw the game in that manner to a 94th minute, deflected goal was galling if you are of a Canary persuasion. If you were a Preston fan then I imagine you celebrated like your team had won the World Cup, just like the Preston players and coaching staff did. It felt like a loss as those sorts of late equalisers do, for the leading side prior to that anyway.

The defence had three changes, with only Grant Hanley remaining from the last game against Blackburn. Xavi Quintilla returned with Dimitris Giannoulis rested and Bali Mumba and Andrew Omobamidele both started for the first time for Norwich.

Jacob Sorensen partnered Kenny McLean in midfield with Oliver Skipp rested and on the bench. There was no sign of Max Aarons or Giannoulis in the squad. Up top, Teemu Pukki played again with Kieron Dowell behind him, supported by Emi Buendia and Todd Cantwell.

Preston have been in wretched form, losing their previous three and not winning in their last five. It was the sort of form that gets a manager sacked and that’s exactly what happened to Alex Neil. His assistant at Preston (and Norwich), Frankie McAvoy decided to go 4-4-2 in an attempt to score some goals but it made them quite narrow.

As usual, City dominated the ball and the hosts tried to rough them up as best they could with Emi Buendia coming in for some nasty tackles all afternoon. On 17 minutes though, Emi strode forwards and placed a lovely curling shot into the Preston goal from 20 yards out. It was a goal worthy of winning any game and it nearly did.

City controlled the game for the most part and Pukki fired wide on three occasions when well placed also hitting the bar in the second half. Tim Krul was rarely troubled and new debutant Omobamidele showed that he is more than ready for the Championship with some composed play when under pressure, some decent headers and tackles and a couple of great blocks.

The second half was running out and Preston looked more and more desperate, with their manager urging them to go Route One at every opportunity. Then came that galling last minute equaliser, when Brad Potts found some space in the City area and turned and fired at goal with a deflection off the luckless Omobamidele taking the ball past the diving Krul.

It was more than they deserved from the game and on today’s performance I’d have to say that they are a pretty poor side. Having said that, Norwich didn’t get that elusive second goal and when your lead is so slender, this sort of thing can happen. Still, City have a cushion that they’ve built up over the season and it’s just for this sort of eventuality that it’s needed.

I should also mention that the refereeing in this game was so inconsistent with, as I mentioned, Buendia kicked from pillar to post throughout the game. Only one Preston player got booked for scything Emi down and in the latter stages he was limping and forced off the field. Later on, late sub Onel Hernandez bundled into a Preston player just seconds after coming on and immediately was shown a yellow card.

I dare say that Frankie McAvoy told his players to give Buendia some special treatment and see if they could get him to react. The fact he didn’t is credit to him and showed maturity in the face of some very nasty “tackles.”

That four day break will be welcome for Farke to get some of those rested from their international exertions and up and at ‘em for the visit of Huddersfield on Tuesday night and we go again, hopefully getting another three points on the road to promotion.

Swansea’s inexplicable third defeat in a row at Birmingham later in the day, meant that we actually extended our lead over third place – unbelievable.